Biotech stocks extended their gains in the week ended June 11, supported by the broader market strength and some stock-specific moves.

The biggest biotech news of the week came in the form of approval for Biogen Inc.’s (NASDAQ:BIIB) Alzheimer’s drug Aduhelm. The approval polarized the scientific community. The stock, which at one point tacked on about 64% on the day of the approval, ended the week up about 40%.

Vertex, however, had a mixed week, as it announced the shelving of a mid-stage study of a drug for a rare, inherited lung disease.

The week also saw a slew of presentations at multiple scientific meetings. The ASCO 2021 that kickstarted on June 4 ended in the first half of the week, and the European Hematology Association Congress commenced in the later half of the week.

Danish biotech Orphazyme A/S (NASDAQ:ORPH) and Galecto, Inc. (NASDAQ:GLTO) had a volatile ride this week amid a lack of any news specific to the companies.

Here are the key catalysts for the unfolding week:

The FDA is likely to announce by Tuesday, June 15 its decision on Takeda Pharmaceutical Company Limited’s (NYSE:TAK) new drug application for TAK-721 as a treatment option for eosinophilic esophagitis.

Blueprint Medicines Corporation (NASDAQ:BPMC) has a decision date of Wednesday, June 16 for its supplemental NDA for Ayvakit as a treatment option for advanced systemic mastocytosis.

The FDA is scheduled to rule on Orphazyme’s NDA for Arimocolmol for the treatment of Niemann-Pick Disease Type C, a rare, progressive, neurodegenerative disease.

The PDUFA date has been set for Thursday, June 17. Arimocolmol was developed by CytRx Corporation (OTC:CYTR) and has been licensed to Orphazyme.

Eton Pharmaceuticals, Inc. (NASDAQ:ETON) has a decision-by date of Friday, June 18 for its NDA for its ready-to-use ephedrine injection to treat low blood pressure.

Atai Life Sciences B.V., a clinical-stage biopharma developing treatments for mental health disorders, has commenced a proposed underwritten initial public offering of 14.286 million shares of its common shares. All common shares to be sold in the proposed offering will be sold by Atai.

The IPO price is expected to be between $13 and $15 per common share. The German pyschedelics company has applied to list its common shares on the Nasdaq under the ticker symbol “ATAI.”

South San Francisco, California-based Lyell Immunopharma, Inc. has filed for offering 25 million shares of its common stock in an IPO. The oncology-focused company that uses T cells to cure solid tumors, expects to price the offering between $16 and $18. It has applied to list its shares on the Nasdaq under the ticker symbol “LYEL.”

Swiss biopharma Molecular Partners AG proposes to offer 3 million ADSs in an IPO, with each ADS representing the right to receive one common share. The company has given an indicative price of $27.14 per ADS, going by the 24.40 Swiss-franc-per-share price at which its Swiss exchange listed shares closed June 8. The biopharma that focuses on infectious disease, oncology and ophthalmology, has applied to list its ADSs on the Nasdaq under the symbol “MOLN.”

Unicycive, a Los Altos, California-based biopharma that focuses on treatment of kidney diseases, has filed to offer $2.635 million shares at an estimated price range of $8.50-$1.50. The company has applied for listing its shares on the Nasdaq under the ticker symbol “UNCY.”

Related Link: With Aduhelm Approval Behind Biogen, 5 Catalysts For Investors To Watch 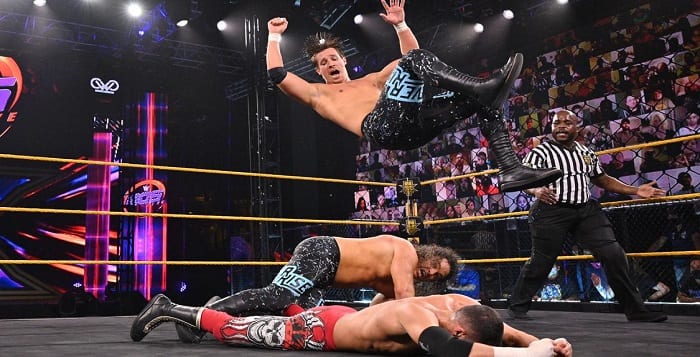