Matthew Heard, a software engineer from San Jose, is worried about his 33 bitcoin mining machines in Kazakhstan. In the past week, they kept getting shut off in an attempt by the national grid to limit the power being used by crypto miners.

“It has been days since my machines have been online,” he said. “During the last week, even if my machines do come on, they barely stay on.”

Kazakhstan has been struggling to cope with the huge popularity of crypto mining, driven this year partly by the steep rise in value of cryptocurrencies and partly by a mass migration of miners to its borders after China made mining illegal in May.

After three major power plants in the north of the country went into emergency shutdown last month the state grid operator, Kegoc, warned it would start rationing power to the 50 crypto miners that are registered with the government, and said they would be “disconnected first” if the grid suffers problems.

Heard set up in Kazakhstan in August and his machines are managed by Enegix, a company that rents out space to run crypto mining machines.

He said his income has dropped from an average of $1,200 worth of Bitcoin per day to $800 in October, and in the past week his machines have only been on for 55 per cent of the time. Machine owners are not notified when shutdowns are going to happen or when they will go back online, he said.

The pressure on the grid caused by crypto mining operations has caused blackouts in towns and villages across six regions of the country since October. The Ministry of Energy estimates demand for electricity has increased 8 per cent since the start of 2021 when mining companies began to migrate from China, compared to annual growth of between 1-2 per cent in previous years.

According to data gathered by the FT, at least 87,849 power-intensive mining machines were brought to Kazakhstan from China.

The Kazakh mining company Xive.io, which charges overseas customers to plug in their machines at its sites, was shut down a major crypto mining farm on Wednesday and disassembled 2,500 mining rigs, after power shortages made its operation unviable.

Xive.io’s co-founder Didar Bekbau tweeted a video on November 24 of the last mining rigs being taken apart, with the caption “So much work, [our] hopes are ruined”. In a live stream interview on YouTube in October, he had warned that the company was “under some stress” because it had invested in building new containers and farms before it became aware of the energy shortages.

Authorities and industry experts have placed the blame for power shortages on a spike in the number of “grey miners”, firms and individuals who operate illegally out of basements and abandoned factories, since the ban. The Ministry of Energy estimates they are siphoning off 1200MW of electricity from the power grid — twice as much as the registered “white miners”.

In October vice-minister of energy Murat Zhurebekov, said a response to crack down on their activities “cannot be delayed any longer”.

Denis Rusinovich, co-founder of Maverick Group, a mining services company that operates in Kazakhstan, said that while some miners are operating legally, some “moved too fast and cut corners”. These miners “will be targeted because they don’t have any of the paperwork”, he said.

To make up for the shortages, from 2022 legitimate miners will have to pay a surcharge of 1 Kazakhstani tenge ($0.0023) per kWh, a move that miners such as Rusinovich view positively, as it will “classify the official miners”.

Until the surcharge kicks in, Kazakhstan has turned to Russia to boost its reserves, entering into talks with Moscow-based energy company Inter RAO to bolster the national energy supply. On November 16 Alexander Novak, Russia’s deputy prime minister, announced that Russian companies would supply power to its southern neighbour, saying that the deal “must be based on commercial terms”. He did not specify an exact cost.

It is unclear exactly when the new supply of energy from Russia will arrive in Kazakhstan, and it is unlikely to be enough to provide a respite to the crypto miners affected by the winter power cuts. Inter RAO board chair Alexandra Panina told TASS, a Russian news agency, that the company could supply 600MW, “in an ideal scenario” while estimating that shortages could reach 1GW.

The Ministry of Energy and Inter RAO did not respond to requests for comment.

Some overseas miners such as Sydney-based Ricky Hoo, who owned 40 machines in Kazakhstan that were also managed by Enegix, have begun relocating machines elsewhere despite the country’s 12 per cent export tax on the value of the machines.

“Kazakhstan was one of the first places I sent miners to because it had cheap electricity, but all of them are off completely now,” he said. He has sent some of his machines to Russia, the third-largest mining country after Kazakhstan.

The cuts also raise fresh concerns about the long-term sustainability of Kazakhstan’s energy infrastructure. Luca Anceschi, Professor of Eurasian Studies at Glasgow university, said the government’s focus on “grey miners” is an attempt to gloss over wider structural issues, such as the grid’s lack of maintenance and inability to carry power from the coal-rich north to the south. Kegoc has announced it intends to carry out maintenance work on damaged plants and power lines.

“Certainly having input of electricity from Russia can address the problem in the short term, but I think that there is a big discussion to be had about what kind of energy policy Kazakhstan is actually pursuing,” Anceschi said. He argued that the government thought Bitcoin mining would be profitable, but it had not “bothered to create production generation capacity that could actually satisfy existing or prospective demand”.

“This is one of the most energy-rich countries in Asia,” Anceschi said. “On paper, this should not have happened.”

Energy is the world’s indispensable business and Energy Source is its newsletter. Every Tuesday and Thursday, direct to your inbox, Energy Source brings you essential news, forward-thinking analysis and insider intelligence. Sign up here. 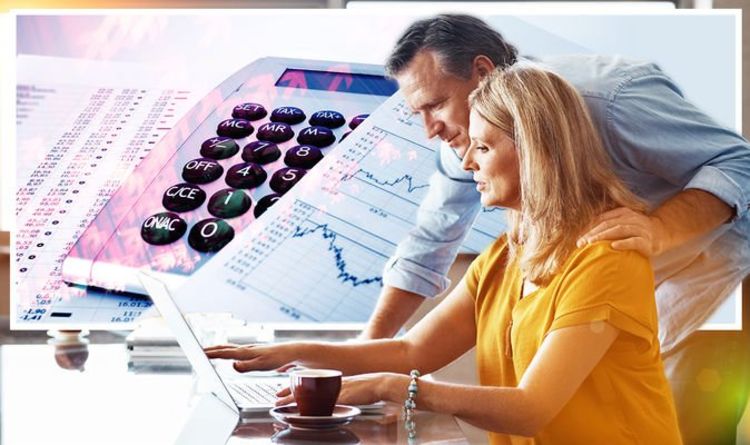 Evolution – The Team Behind CardanoEvo are Storming Ahead