The market pulled back slightly ahead of the Thanksgiving holiday. But the S&P 500, the Dow, and the Nasdaq all still trade within touching distance of their records, driven higher recently by mega-cap technology stocks. And the benchmark index popped 0.23% on Wednesday, while the tech-heavy index climbed 0.44%, with the Dow barely in the red.

The brief drop to start the week was likely driven by profit-taking and some sell the news moves after President Biden officially said he will nominate Jay Powell for a second term. The slight decline hasn’t cooled things off too much and there could clearly be more near-term selling because the confluence of economic headwinds remain.

Despite continued supply chain bottlenecks, rising prices, and difficulty filling millions of open jobs, the bulls keep on winning. The ability to remain positive has been boosted by strong October consumer spending data. And the Labor Department said on Wednesday that jobless claims last week fell to their lowest level in 52 years at 199,000.

On top of that, the bulls can hang their hats on the fact that interest rates will remain historically low for the foreseeable future no matter when the Fed starts to lift its core rate. And the S&P 500 earnings picture remains strong, despite near-term margin pressures.

With this in mind, investors likely want to remain on the hunt for strong stocks to buy as we approach December. And why not consider two stocks trading well off their highs that are poised to grow within vital areas of the economy…

Dollar General is a true discount retailer that sells everything from food to motor oil for “everyday low prices,” unlike Dollar Tree’s $1 for everything pitch. DG recently opened its 18,000 smaller-format store.

The company mostly operates in more rural and working-class areas and it has far more locations than Target’s TGT roughly 2,000 and Walmart’s WMT approximately 5,000. DG has thrived by carving out its own lane, while also embracing e-commerce more heavily in the last few years.

Dollar General has grown its sales by at least high single-digits for a decade, including a 22% covid-boosted climb last year. Zacks estimates call for its revenue to pop by 1.5% in fiscal 2021 and then jump another 7% higher in FY22 to reach $36.71 billion. Its adjusted earnings are projected to slip 4% this year against a hard-to-compare period and then pop 9% in FY22 to $11.14 a share. 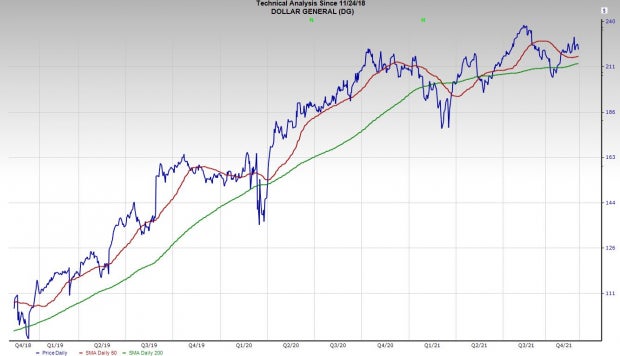 Dollar General also trades at a 20% discount to its industry and 10% beneath its own year-long highs at 20.5X forward 12-month earnings. At around $223 a share, Dollar General trades around 7% below its highs right now.

Dollar General’s 0.75% dividend yield nearly matches its industry’s 0.82% average. Plus, Wall Street remains largely bullish on the stock despite its recent underperformance, with 14 of the 19 brokerage recommendations Zacks has at “Strong Buys.”

DG lands a Zacks Rank #3 (Hold) heading into its Q3 financial release on December 2. And investors with long-term outlooks might want to consider DG because of its ability to grow for years to come within a key retail niche.

DocuSign’s cloud-based suite offers over a dozen apps for e-signature, document generation, contract lifecycle management, and more. DocuSign also sells industry and department-specific solutions and it has over 350 pre-built integrations with applications such as Salesforce CRM and other huge technology players.

Zacks estimates currently call for its FY22 sales to surge over 43% to $2.1 billion and then climb another 30% in FY23. Meanwhile, its adjusted EPS are set to soar 91% to $1.72 a share this year and then jump 25% higher next year. Plus, it’s crushed our earnings estimates by an average of 60% in the trailing four quarters. 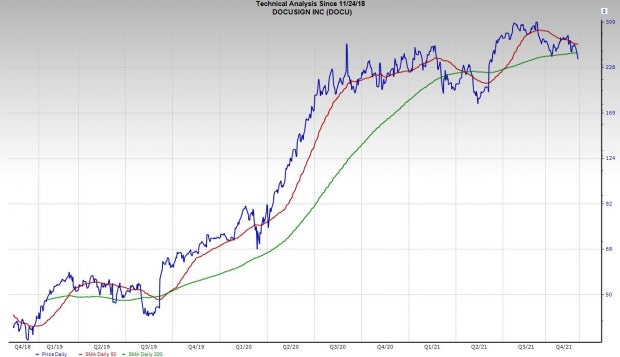 DOCU went public in 2018 and it climbed from around $40 a share to $90 prior to the pandemic. It then soared to $200 a share by July of 2020, amid the stay-at-home boom, before moving roughly sideways for nearly a year until DOCU surged to over $300 this summer.

Overall, DocuSign has skyrocketed 490% in the past three years to blow away Salesforce and its industry. But at $243 a share, it trades 22% below its records heading into its Q3 financial release on December 2.

Investors should know that DocuSign, which grabs a Zacks Rank #3 (Hold) right now, slipped below its 200-day moving average recently. This is a place it’s rarely stayed for long in the last few years. The recent downturn also pushed the stock near oversold RSI levels (30 or below) at 33, even as the broader tech space hovers near overbought. And 11 of the 14 brokerage recommendations Zacks has for DOCU are “Strong Buys.”

Zacks’ Top Picks to Cash in on Artificial Intelligence

This world-changing technology is projected to generate $100s of billions by 2025. From self-driving cars to consumer data analysis, people are relying on machines more than we ever have before. Now is the time to capitalize on the 4th Industrial Revolution. Zacks’ urgent special report reveals 6 AI picks investors need to know about today.

Want the latest recommendations from Zacks Investment Research? Today, you can download 7 Best Stocks for the Next 30 Days. Click to get this free report

KB Home (KBH) Stock Sinks As Market Gains: What You Should Know 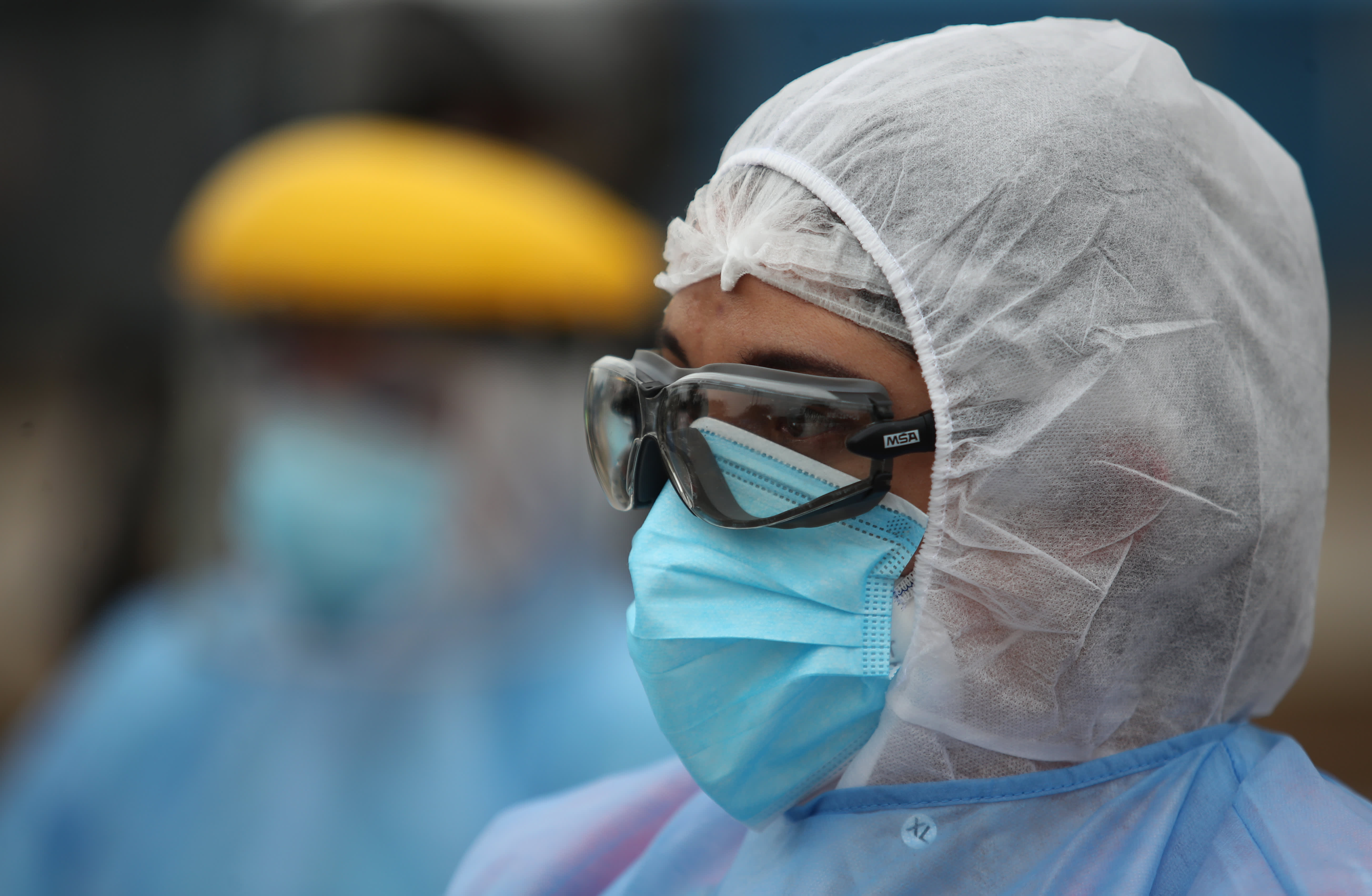 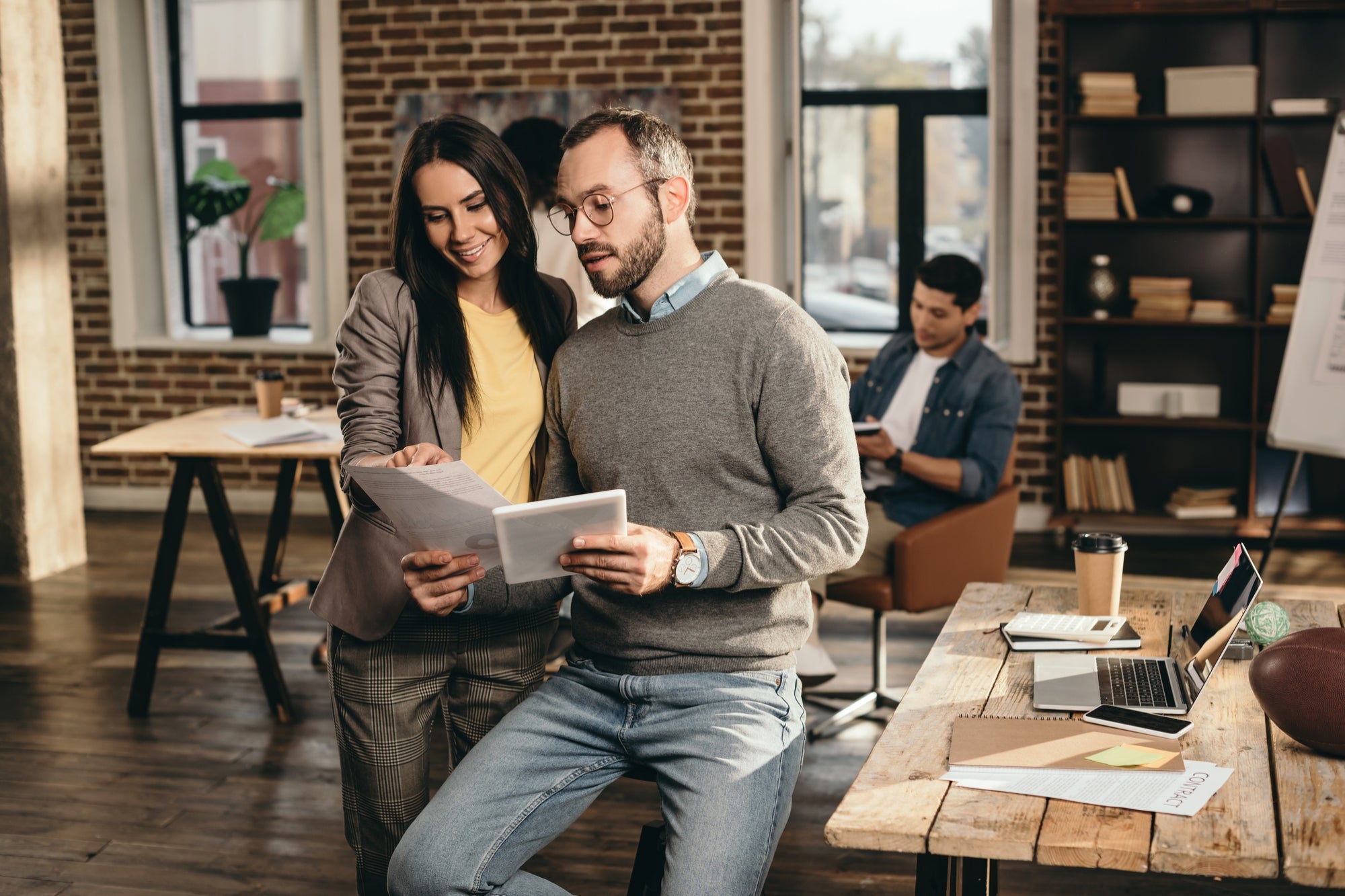 What is the average age of successful entrepreneurs? 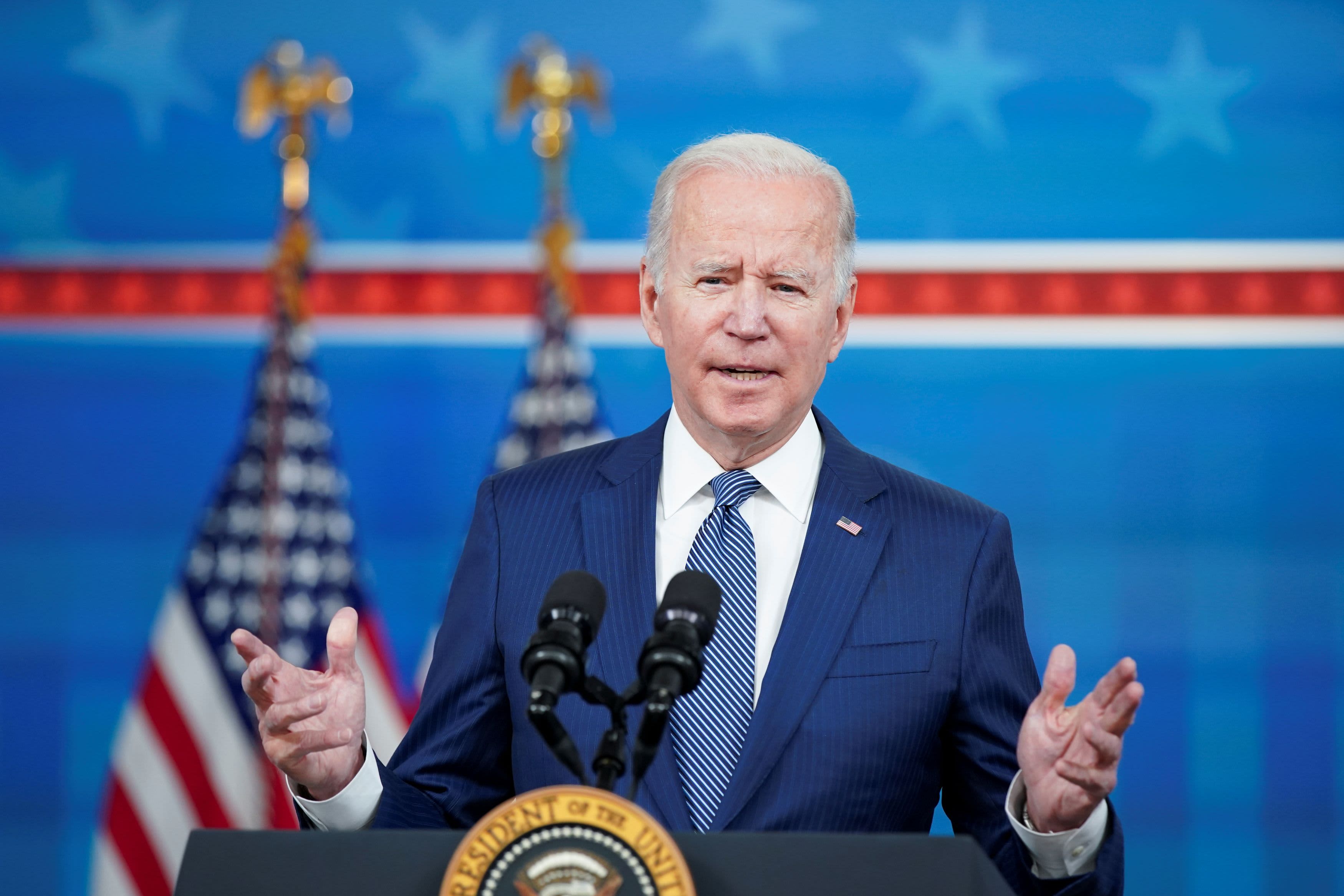