Whether business leaders have social justice aims in mind, wish to win the war on talent, or embrace the value-creating potential of a diverse workforce, race is at the forefront of everyone’s minds.

But evidence-based strategies and resources on racial diversity and teamwork are few and far between. In fact, a quick search of ProQuest, a popular database for articles, revealed 339 scholarly and media articles with team and diversity in the title with only three emphasizing racial diversity. That’s 1%.

For more than 20 years, I have researched how relationships, networks, and collaborating with others, either in teams or one on one, enhances creative problem-solving. I have also taught courses on managing teams for nearly 10 years. I draw from this experience to suggest where we must start. With societal hunger for tips on how to create inclusive environments at an all-time high, and the importance of team dynamics integral to success at companies, large and small, I offer the following recommendations to business leaders interested in driving their teams forward.

Recognize differences. Many business leaders today grew up with a common practice encouraged by schools, parents, and other institutions – colorblindness. The main idea: If you don’t allow yourself to recognize race, you can never be biased. We now know this well-meaning strategy does not work and can, in fact, exacerbate racial inequality.

Why? Because pretending differences do not exist and failing to acknowledge them exacerbates the downsides of difference and mutes the upsides. There are two key reasons why.

First, a lack of authenticity and failure to share information, experiences, or ideas hurts both individuals and the team as a whole. As Katherine Phillips, Tracy Dumas and Nancy Rothbard highlight in their research, people who are in the racial minority are less likely to share personal information with majority colleagues in ways that highlight their difference. That’s because we often anticipate that those who are similar will understand us and those who are not similar will not. So, we withhold and are careful not to reveal differences that coincide with racial identity, such as weekend activities, parenting assumptions, and extended family obligations. Actively withholding comes with emotional and cognitive costs, distracting attention from the task at hand and thwarting close relationships among teammates.

Consider this theoretical example: Jeb, a Black professional specializing in computer engineering, joins a prestigious company — with a largely white staff makeup — and relocates to a new town. In an effort to be helpful, his new teammates inquire which neighborhood he plans to purchase a home. The reality: Jeb does not have the capital to purchase a home due to continuing obligations to support extended family. So, Jeb plans to rent instead, underscoring a different personal reality than his teammates. Due to this difference, Jeb starts disengaging from personal conversations about his home life, limiting interactions where these conversations may come up or joining in with an underlying feeling of being on guard. His colleagues, on the other hand, wonder why he is less engaged with the team.

Second, while differences can create divide, they also offer opportunity. In fact, the very differences that create lack of engagement are also essential for the creative and quality problem solving that teams are often assembled to produce. In my recent research, I found that individuals tend to pay more attention to novel insights contributed by people different than themselves. We expect people we know well — who tend to be like us — to think like us. When they offer new information, we discount it. Yet, when an acquaintance offers new information, we pay attention, play with the new information, and are more creative. But these processes and realizations cannot occur if differences are not revealed in the first place.

Further, research by Jack Goncalo and Joshua Katz demonstrates that the act of sharing creative ideas is considered another type of self-disclosure. It makes sense that if our teammates are uncomfortable sharing personal aspects of self, this carries over into sharing other non-conforming ideas that may be unrelated to race but may help the team produce impactful quality products.

Leaders should create climates that encourage differences to come out. If your identity is in the majority, look for opportunities to self-disclose with racially underrepresented team members. Reveal ways that you may be different — something in your past or a current position or interest that may be unusual. Start with something small and reasonably safe. For example, perhaps your guilty pleasure is watching reality TV fashion shows — an interest that is in contrast to your image as a serious and driven career woman. Or perhaps you enjoy nurturing your thriving herb garden, which counters your persona as an aggressive tough-minded man. We all have some aspect of ourselves that we assume others in some contexts will not understand. Sharing in this way helps to establish a norm that authentically self-disclosing is welcomed.

Similarity and shared interests are the bases for close relationships. A long line of research supports the homophily principle, the notion that “birds of a feather flock together.” This means that we tend to form relationship with those of the same race. So we have to work harder to uncover our colleague’s complexities, and ways their identities and interests intersect in unique ways. Perhaps your Black teammate likes country music just like you? Perhaps you and your Asian teammate share being married and a parent, unlike all others on the team?

Self-disclosure can reveal commonality as well as difference and is key to building strong, meaningful relationships at work. The absence of these relationships means the team risks an execution problem, and individuals may have limited developmental and sponsorship opportunities that come from informal close exchanges.

Commit to having difficult conversations. Even teams that recognize and honor differences and similarities can have conflict. And dealing with interpersonal, emotionally laden conflict is one of a team’s greatest challenges.  Let’s say a well-intentioned team member makes a comment that attaches an Asian American team member to the invisible, model minority stereotype.  Or imagine an Hispanic colleague’s highlighting the racial implications of a marketing campaign leaves another feeling sidelined. In either case, the slighted team member may choose to remain silent, leaving emotions to fester.

In a quantitative analysis of thousands of teams, Leslie DeChurch, Jessica Mesmer-Magnus and Dan Doty demonstrated that what’s important is not just the existence of conflict but how teams resolve it. Their analysis confirmed that avoidance is rarely an effective strategy.

Despite the risks, it’s vital to build the habit of confronting differences due to race so that the team can effectively move forward. Often, we avoid discussions on race due to fear of negative repercussions. What if someone says the wrong thing and conflict is exacerbated? In the examples above, imagine the aggrieved teammate tells the other that she is self-serving or insensitive. The response may be defensiveness or anger. These are real concerns, but avoidance comes at high cost — the cost of inauthentic relationships and unrealized team performance.

Instead, plan very carefully for how to have difficult conversations so that the discussion brings understanding and problem solving rather than creates more conflict and tension. I suggest applying principles from Difficult Conversations: How to Discuss What Matters Most by Douglas Stone, Bruce Patton and Sheila Heen. Here are a few standout tips:

Teams have tremendous potential. A diverse team can drive more creativity, encourage individuals to think through and process ideas more critically, and aid problem solving. Instead of pretending that race does not exist, it’s time for business leaders to create environments that encourage authenticity and trust — and build supportive team cultures that help teams reach these lofty aims. Your team’s success just may depend on it.

Mississippi River flowed backward due to strength of Hurricane Ida 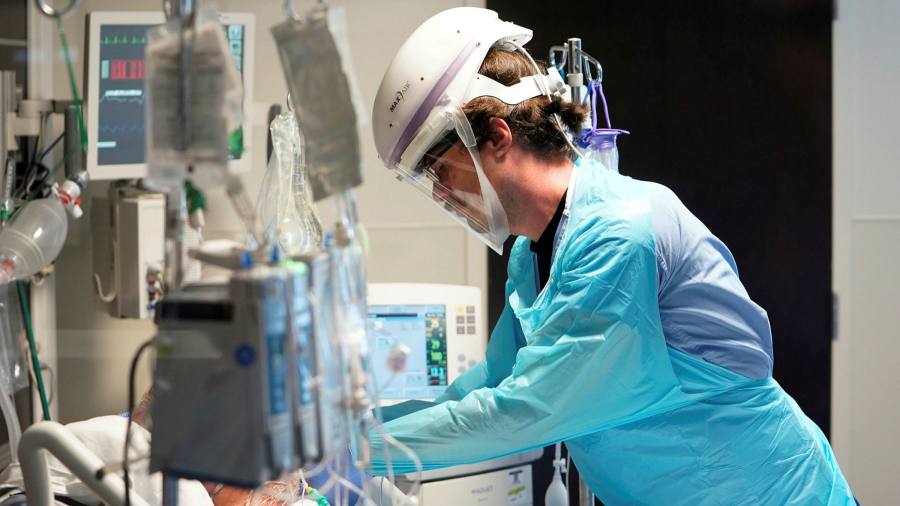