The former police officers who stood by as George Floyd was being murdered by Derek Chauvin were just found guilty on all charges by a jury of their peers in their federal case.

Tou Thao, J. Alexander Kueng and Thomas Lane were convicted after a 12-person panel rendered their verdict following less than 2 full days of deliberations … this after nearly a month-long trial. 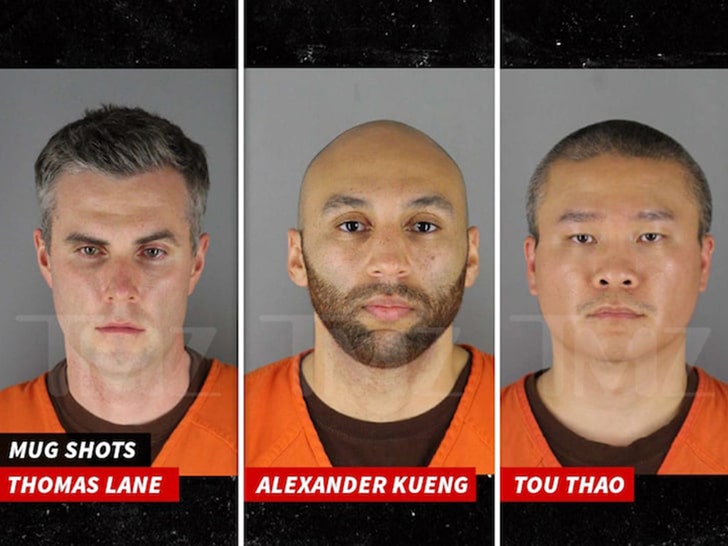 The ex-cops were found guilty of all charges against them — all 3 were facing a count of deprivation of rights under color of the law for failing to render medical aid to Floyd … and Thao and Kueng were, additionally, hit with charges for failing to intervene in Chauvin’s use of unreasonable force.

You might recall … Lane was seen on camera at least trying to speak up about what was going on, asking if they should roll Floyd over — only to be overruled by Chauvin.

As you know, Chauvin was convicted of murder last year … and has since copped a plea on the federal charges he was also facing. Thao, Kueng and Lane aren’t out of the woods yet either, BTW … they have a state criminal trial later this year.

For this case, though … Thao, Kueng, and Lane argued that they were deferring to Chauvin’s seniority and experience in the situation … and that they didn’t intend for Floyd to die under the circumstances. 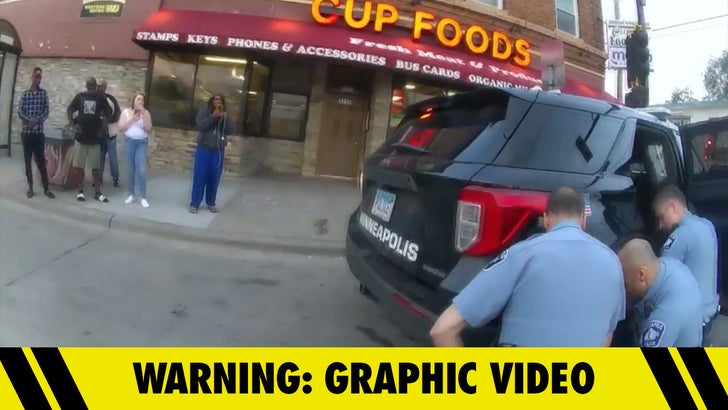 Kueng and Lane also tried to explain their behavior by pointing out how new they were to the Minneapolis PD force at that point — each of them was just days into the job when the incident occurred in May 2020.

You’ll recall … Chauvin, Lane and Kueng held Floyd down — with Chauvin pinning him at his neck. Thao was on crowd control behind the police vehicle.

As for what’s on the table sentence-wise … the men are facing the possibility of several years or even life in prison. The death penalty is technically possible given the charges, but prosecutors have given no indication they would seek it.

Bare It All With the Celeb-Approved Sheer Clothing Trend - E! Online

Elizabeth Olsen Recalls Getting Panic Attacks Every Hour on the Streets of New York – E! Online

Why Elizabeth Holmes’ Fraud Sentencing Has Been Delayed – E! Online