George Floyd‘s young daughter, her mother and their legal team are preparing to wage legal war against Kanye West … announcing they’ll sue him for a quarter of a billion dollars after his recent comments on Floyd’s death.

Roxie Washington, the mother of Floyd’s only daughter Gianna, announced Tuesday she’s hired a team of lawyers to go after Ye, his business partners and his associates for harassment,  misappropriation, defamation, and infliction of emotional distress. They’re seeking $250 million in damages. 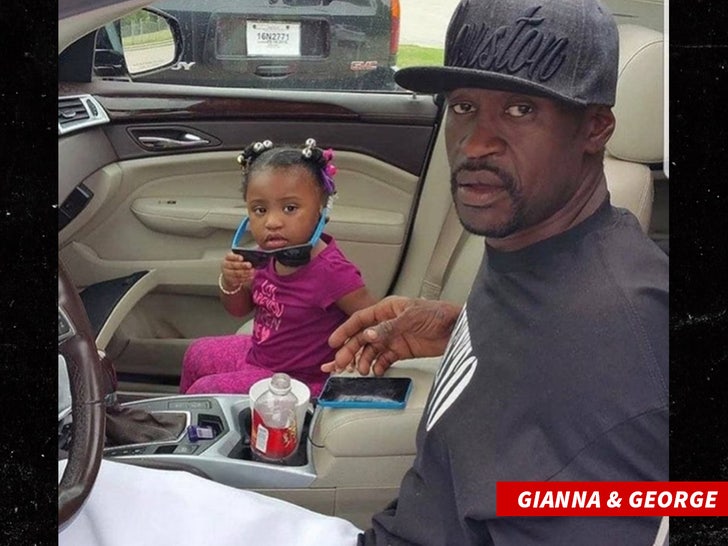 The family’s attorneys also say they fired off a cease and desist letter, obtained by TMZ, to Kanye over his comments about Floyd’s fatal interaction with Minneapolis police. 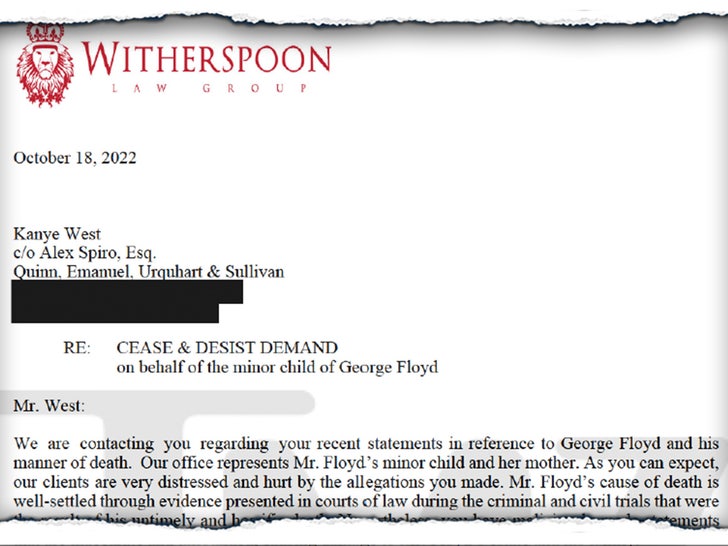 The letter reads, in part, “Mr. Floyd’s cause of death is well-settled through evidence presented in courts of law during the criminal and civil trials that were the result of his untimely and horrific death. Nevertheless, you have maliciously made statements that are inaccurate and unfounded, causing damage to Mr. Floyd’s estate and his family.”

Kanye’s taken a ton of heat for comments he made on an episode of “Drink Champs,” claiming George died from a fentanyl overdose and pre-existing conditions, instead of Derek Chauvin‘s knee on his neck.

The Floyd family says Kanye’s statements are “blatantly false” and “malicious” … and they say Gianna is being “retraumatized” by Kanye’s comments, which they say are “creating an unsafe and unhealthy environment for her.”

In the cease and desist, the family’s lawyers demand Kanye remove the interview and all of his similar statements on George from the Internet and keep Floyd’s name out of his mouth. 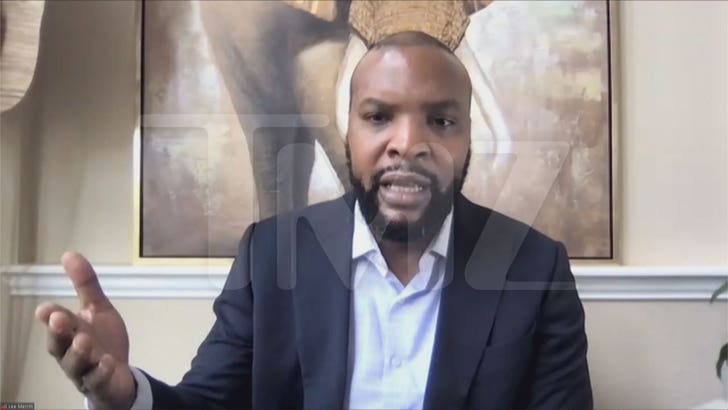 TMZ broke the story … George’s brother, Philonise Floyd, told us Monday the fam’s dead set on bringing some type of legal action against Ye … and now Floyd’s baby mama and daughter are making the first move.