The guy suspected of killing 6 people and injuring dozens of others during a July 4 parade in Highland Park, Illinois, pre-planned the savage attack and dressed in women’s clothing to disguise himself in an effort to evade capture … police announced Tuesday.

During a news conference, Deputy Chief Christopher Covelli of the Lake County Sheriff’s Office said Robert Crimo wore his disguise to also cover up his tattoos … as he squeezed off more than 70 rounds with a legally purchased high-powered rifle. 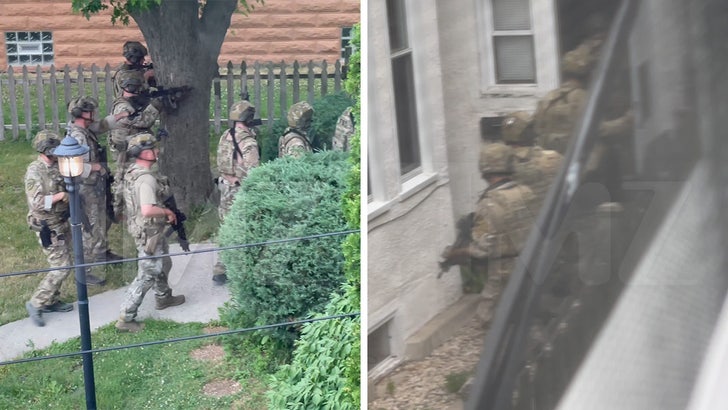 After the attack, cops believe he dropped the rifle and fled from the roof of a business, from which he opened fire. During the ensuing chaos, he was able to blend in with the crowd, Covelli said.

Crimo then allegedly walked to his mother’s nearby home and borrowed her Honda. He led police on a high-speed car chase that ended with him in handcuffs.

Cops believe the 21-year-old Crimo had been planning the attack for several weeks.

Crimo has yet to be charged in the mass shooting, but officials are expected to address that issue later this afternoon.

Police investigating after driver gets shot, crashes into Fort Worth home