Jeff Bezos and Lauren Sanchez are not royalty … he’s not a sir, she’s not a duchess, but still, they lounge like royalty.

The multibillionaire and his GF were sprawled out on what looks like some sort of chaise. It’s as if one of the trusty crew members will feed them grapes as they catch some Caribbean rays. 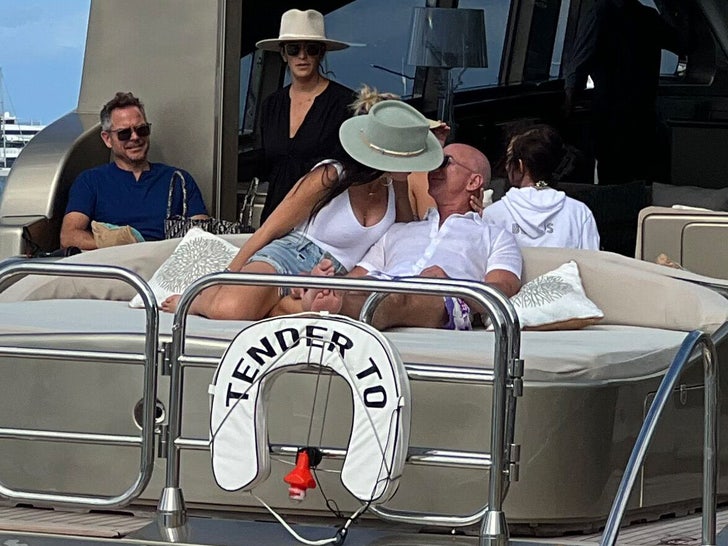 Jeff and Lauren have been on a superyacht, tooling around the St. Barths area, and that’s where they will be celebrating New Year’s Eve.

They’ve been showing a lot of skin lately, and everyone’s talking about Jeff’s bod. He’s jacked for sure, and lots of people think it’s thanks to HGH, but our Bezos sources say that’s not true — it’s all natural.

They’ve been super. touchy-feely on the trip … making out during a hike earlier in the week.

Now it’s time for some grapes!!!

Meghan King Vows to "Mom the S--t" Out of 2022 After Cuffe Biden Owens Breakup - E! Online

Andor Showrunner Explains Why the New Star Wars Series Will Be “So Huge” – E! Online