“The Walking Dead” has officially wrapped production on its final season, and the show’s star, Norman Reedus, gave an emotional speech to the cast and crew, even getting some laughs.

Norman — who plays Daryl Dixon — took the mic after shooting the series’ final scene Wednesday night, and spoke about how the “Walking Dead juice” is worth the “squeeze.” 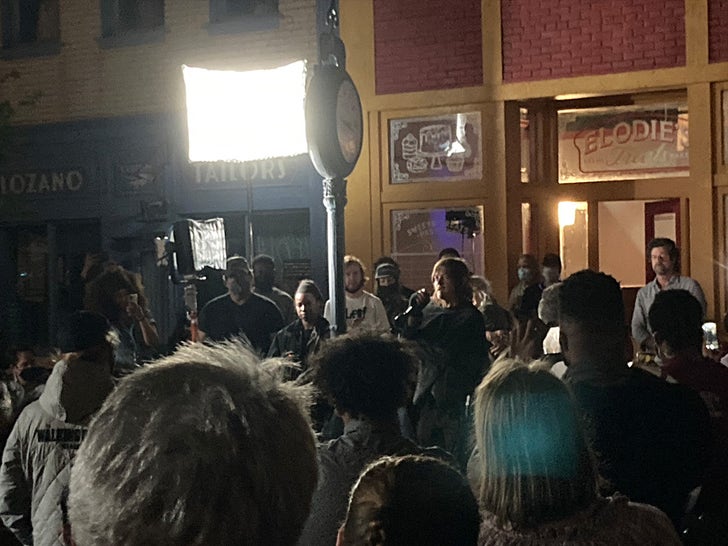 Sources tell TMZ … while laughter erupted, everyone got somber, too … hit with the realization it’s a wrap for the “Walking Dead” fam. As Norman expressed his gratitude, everyone was hugging, with zombies in full makeup gripping the closest soldier tight … of course, it’s a grip of love, not hunger.

Behind Norman was fellow actress Melissa McBride tightly squeezing Executive Producer Greg Nicotero … who also spoke, saying he’s a better person because of everyone he’s met throughout their 11 seasons.

Sources say the final night felt like an endless party … everyone taking pics with tears in their eyes.

Of course, the show didn’t reach the goal line with a perfect finish … as we reported, Norman suffered a concussion 2 weeks before, being discharged from the hospital soon after.

Bachelor in Paradise: Why Teddi Wright Made a Shocking Exit Unannounced – E! Online