Martin Shkreli is a free man (sorta) — the guy’s been released from prison … and relatively early considering the length of his original sentence.

The one-time pharmaceutical exec and hedge fund manager — who was convicted on securities fraud charges back in 2017 — was sprung from FCI Allenwood Low in Pennsylvania Wednesday … and will now be transferred to community confinement through the Bureau of Prisons’ NY Residential Reentry Management Office. 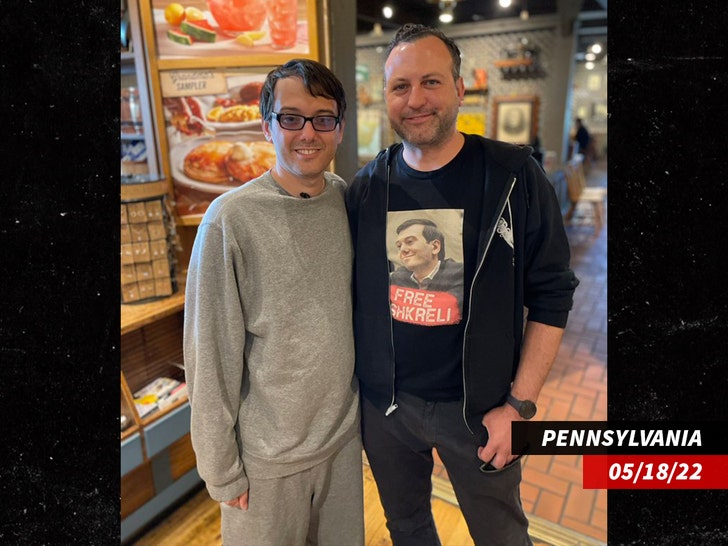 He was initially sentenced to 7 years in prison after being found guilty on 3 of 8 federal charges pertaining to his reign at the pharmaceutical company Retrophin.

Shkreli was quick to celebrate — posting a photo of himself on Facebook with the caption, “Getting out of real prison is easier than getting out of Twitter prison.”

He seems to be rocking prison wear — all-gray sweatsuit — and may have even gotten a ride by some rando. A dude named Edmund Sullivan posted pics with MS, writing … “Picked up this guy hitchhiking. Says he’s famous.” Might be a joke, who knows?

Shkreli’s lawyer, Benjamin Brafman, says his client will now be living in a halfway house. Brafman adds his client has completed various programs while behind bars to facilitate his early release from prison. He says Shkreli will make no further comment at this time.

You’ll recall, MS actually asked to be released early during the pandemic — but got shot down at the time. Who knew … all he had to do was wait a couple years, and wish granted.

Watch out for comet SW3, which might cause a meteor shower in late May