Shaquille O’Neal is putting his ass on the line with his latest bet — literally — saying if Phoenix wins the NBA title this year, he’ll walk two blocks with the word “Suns” written on his butt cheeks.

The Big Aristotle came up with the idea on “The Big Podcast with Shaq” … after his co-host, Nischelle Turner, claimed it wasn’t a foregone conclusion that the Warriors would win it all in 2022.

“Place a bet on it,” Shaq told Turner. “Let’s do something crazy and embarrassing.”

O’Neal then came up with the wild idea … saying that if Phoenix were to win the championship this season instead of Golden State, he’d slap the team’s name on his keister.

The Hall of Famer — who played for several teams throughout his NBA career — even said he’ll post the footage of him fulfilling the bet live on his IG. 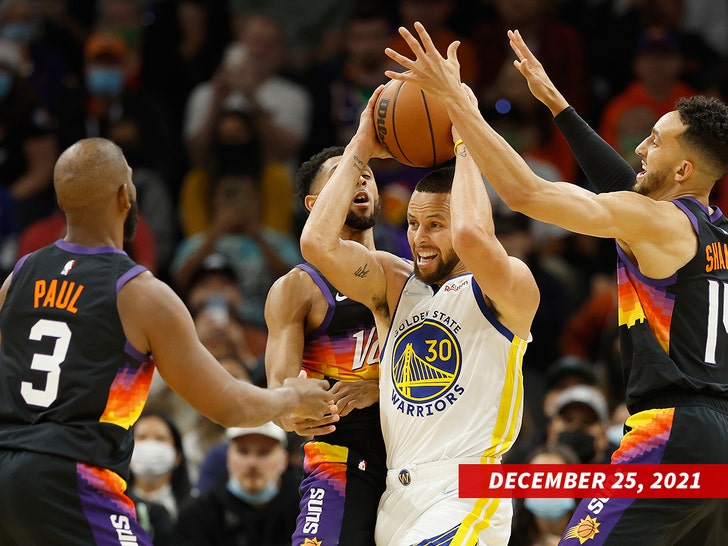 Of course, both the Suns and Warriors have been two of the best teams in the league all season … so Shaq’s bet could very well blow up in his face.

Phoenix and GSW have played each other three times already … with the Dubs winning two out of the three matchups.

The two orgs. appear to be destined to face off in the Western Conference Finals … and if that were to happen, you gotta figure Shaq will be sweating.

Watch Mila Kunis and Demi Moore Joke About Having “A Lot in Common” in New Super Bowl Ad – E! Online