These new pics of Simon Leviev make ya think — somewhere a woman is crying about losing a big stack o’ money, ’cause the guy’s perusing super pricey sports cars in his native Israel!!!

The so-called ‘Tinder Swindler’ — the title of the Netflix documentary about Simon — was spotted on the prowl over the weekend in Tel Aviv at a luxury dealership, and naturally … he was checking out Ferraris.

As you can see, SL rolled up in an SUV with what appear to be bodyguards trailing behind — protection from his “enemies,” no doubt — and wearing a Gucci jacket worth thousands.

But that’s nothing compared to the whips he’s eyeballing! Some of the Ferrari models in his sights, including a 296 GTB, which go for as high as $250,000 MSRP. And not only did Simon take a good hard look at the exteriors, but he actually got inside at least one of ’em to get a feel from the inside.

From the outside looking in, Simon would definitely seem to be rolling in the dough to be able to shop for a prancing horse.

We should note — for the sake of any impressionable women seeing this — that Simon did NOT cruise away in any of the cars. 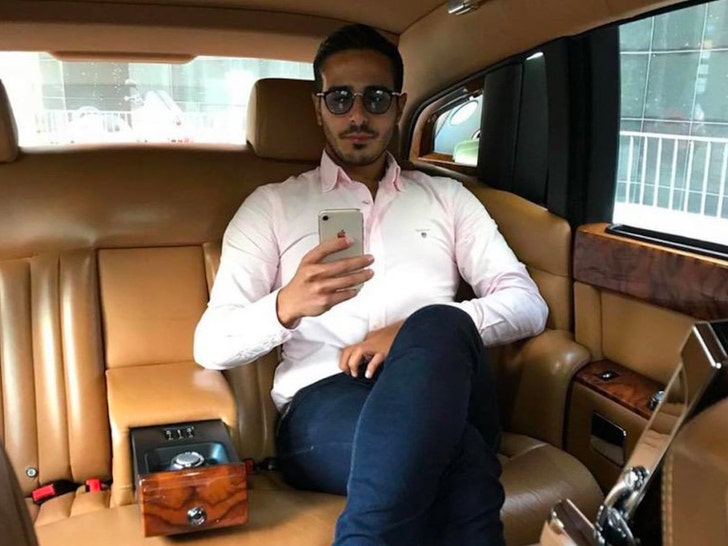 Considering his history of alleged fraud — the documentary claims he bilked women out of more than $10 mil — you gotta wonder if this is all just for show, or if he’s legit rich.

We do know he’s got a new gig with Cameo … but let’s be real, that ain’t Ferrari money! As they say, fake it ’til you make it.

Robert Pattinson Describes His Worst Day of The Batman Filming

Find Out Who Made a Surprise Appearance at the End of the Bachelor in Paradise Premiere – E! Online