“The tiniest amount of bad luck can shut down our entire operation.” Apple TV has debuted the full official trailer for an animated adventure titled Luck, made by Skydance Animation (also of Blush). Arriving for streaming this August on the Apple TV service – check out the teaser from a few months ago. From Apple Original Films and Skydance comes the story of Sam Greenfield, who is the unluckiest person in the world! Suddenly finding herself in the never-before-seen “Land of Luck”, she must unite with the magical creatures there to turn her luck around. Think you know about luck? Thankfully, Bob the Cat is about to drop some truth. The film features the voices of Eva Noblezada as Sam Greenfield, Simon Pegg as Bob the Cat, Academy-Award Winner Jane Fonda, Lil Rel Howery, Flula Borg, John Ratzenberger, and Whoopi Goldberg. This looks amusing and witty, though the jokes are a bit on-the-nose and not that funny. Enjoy. 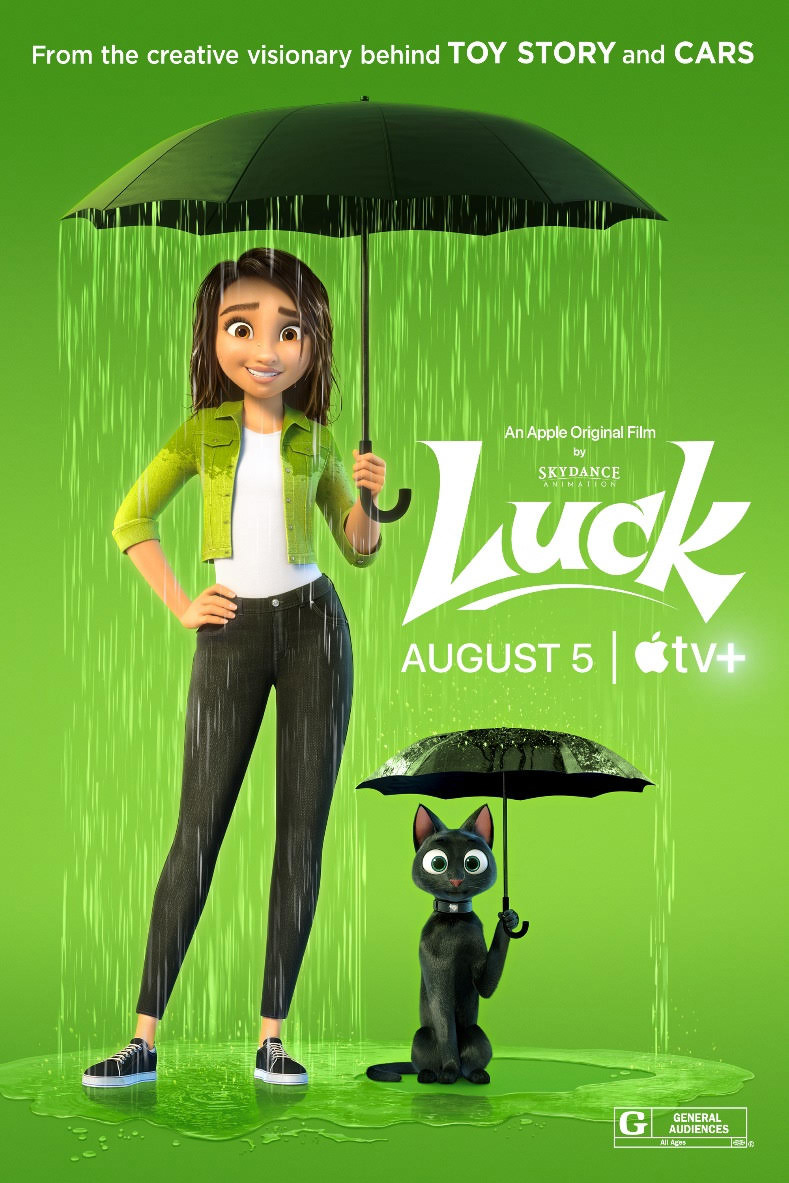 You can rewatch the first teaser trailer for Apple TV+’s animated comedy Luck here, to see the first look.

From Apple Original Films and Skydance Animation comes the story of Sam Greenfield, the unluckiest person in the world, who when she stumbles into the never-before-seen Land of Luck, sets out on a quest to bring some good luck home for her best friend. But with humans not allowed, her only chance is teaming up with the magical creatures who live there to do it. Luck is directed by an award-winning choreographer turned filmmaker named Peggy Holmes, directing her second feature after Secret of the Wings previously, and some direct-to-video films. The screenplay is written by Kiel Murray, Jonathan Aibel, and Glenn Berger. It’s produced by David Eisenmann, David Ellison, Dana Goldberg, and John Lasseter. Made by Skydance Animation. The project will be featured at the upcoming 2022 Annecy Film Festival as a work-in-progress. Apple will debut Luck streaming Apple TV+ starting on August 5th, 2022 this summer season. Interested?