A canvas drape covered the statue, but that did not stop tourists from filming themselves in front of it.

With a selfie stick decked in images of the old South Vietnamese flag, Vinh Hoang of Houston narrated for a Facebook post.

After it is unveiled this weekend, the 12-foot-tall Virgin Mary, as she is believed to have looked to persecuted Catholics in Vietnam’s La Vang forest in 1798, is likely to draw many faithful like Hoang from all over the Vietnamese diaspora to Christ Cathedral in Garden Grove.

“We are awaiting the grand opening of this location where all of us are welcomed to celebrate the Blessed Mother’s presence,” Hoang, who has lived in Texas since the 1990s, said to his Facebook followers in Vietnamese.

Built with more than $12 million in donations, Our Lady of La Vang is the first large-scale rendition in the U.S. of a figure sacred to Vietnamese Catholics.

The Italian marble statue dressed in a high-collared Vietnamese ao dai and traditional hat, with a baby Jesus in her arms, is capped by a spiraling canopy designed to evoke the rainforest where she made her appearance.

It is a crowning symbol for a predominantly Vietnamese American and Latino congregation occupying the landmark glass cathedral built by televangelist Robert Schuller.

The Diocese of Orange bought the former Crystal Cathedral and extensively renovated it, holding a dedication mass in July 2019.

After livestreaming during the pandemic, Masses in Vietnamese, Chinese, English and Spanish are back at the cathedral, which seats nearly 3,000 people.

The larger-than-life statue will be introduced to the public on Saturday with a blessing, Mass and festival.

In a congregation where about 40% of worshippers are Vietnamese and 35% Latino, being bilingual is a requirement for priests to be hired, said Orange County Bishop Kevin Vann.

“Diversity is in the spotlight, and as fast as housing is selling in the area to all kinds of newcomers, we embrace everything multicultural,” Vann said.

Vietnamese Catholics who were persecuted for their faith and forced to flee into the La Vang forest are said to have seen a ghost-like image of a lady in an ao dai surging forward with two angels.

She held a child in her arms and spoke words of comfort and love, demonstrating how to make medicine from the trees, according to the legend.

A shrine of rice straw and leaves was eventually constructed at the site before being burned in 1805 in another round of anti-Catholic persecution.

It was rebuilt in 1900, drawing pilgrims from around the world who told stories of miraculous cures they experienced after praying there.

After the Vietnam War, many Vietnamese of all faiths fled because they had opposed the Communists, landing in the U.S. as refugees.

Catholic churches in California, Louisiana, Texas and elsewhere became focal points for Vietnamese immigrants as they established new lives, often with American families stepping up to sponsor them.

The late Dominic Luong, a seminal figure for Vietnamese Catholics and the first U.S. Catholic bishop of Vietnamese descent, helped plant a vision for the La Vang statue.

Vann said officials wanted to continue what his colleague started.

“A project of this magnitude and meaning is an evolution of people and ideas,” he said. “We wanted to get it right.”

A board of priests headed by Monsignor Tuan Pham of Saint Columban Catholic Church in Garden Grove helped design the statue, which will be graced with rosary gardens and a waterfall, along with a wall bearing the names of 117 Catholics persecuted in Vietnam.

Fundraising for the shrine combined the networking muscle of the Vietnamese community with donations from priests and some parishioners not of Vietnamese descent.

A kick-off fundraiser in May 2017 pulled in millions. During the campaign, Vann, who prides himself on knowing some basics of his parishioners’ native tongues, pledged to sing ballads in Vietnamese when monetary goals were met.

By June, nearly $13.5 million had been raised from more than 5,000 donors, many giving small amounts. The $1 million or so raised beyond the construction costs will go to maintaining the shrine.

“I am eternally thankful to be part of the journey for the last five years, and I look forward to seeing many others visit and make it part of their journey of faith,” said Elysabeth Nguyen, project manager for the Our Lady of La Vang Diocesan Committee.

Father Vincent Pham, director of the Vietnamese Catholic Center in Santa Ana who worked with Nguyen on the fundraising, said the statue puts Orange County “even more on the map for its reach and connection to our community. This will become a place of pilgrimage, of reflection and deep joy.”

Pham said diocese officials are clearing the way to build more churches, with plans to dedicate Christ Our Savior Catholic Church, a new parish in Santa Ana, in the fall.

Unlike many parts of the country where parishes are shrinking, Orange County’s heavily immigrant population has kept interest in the church strong, including among younger Catholics who want to raise their children in the religion, church officials said.

“It’s not just conjecture. I’ve had people actually say that. They tell me: ‘Father, I really want my kids to have a base, somewhere they can get guidance,’” said Father Christopher Smith, rector and episcopal vicar of Christ Cathedral.

Armando Cervantes, director of Hispanic ministry at the diocese, said La Vang will generate excitement and increase attendance, just as Our Lady of Guadalupe has for Latinos.

“At the end of the day, Catholics are looking for a place and space of welcome,” Cervantes said. “We are offering that. We are not only offering service in multiple languages. We have been blessed that our communities are mingling with one another.”

Some Vietnamese Catholics elsewhere in the country are already planning trips to see the new statue.

Maria Tran of New Orleans read about the La Vang campaign in Vietnamese newspapers and intends to swing by Christ Cathedral when she is next in Southern California.

“It’s definitely a top choice for a pilgrimage, and it’s more accessible than going elsewhere like in Europe,” said Tran, who is in her 30s and hopes to bring her parents with her. “After the pandemic, some good spots to see are Disneyland and to take a picture at the statue.”

California's immigrant crackdown propelled Latinos to Washington. After Trump, could it happen again? 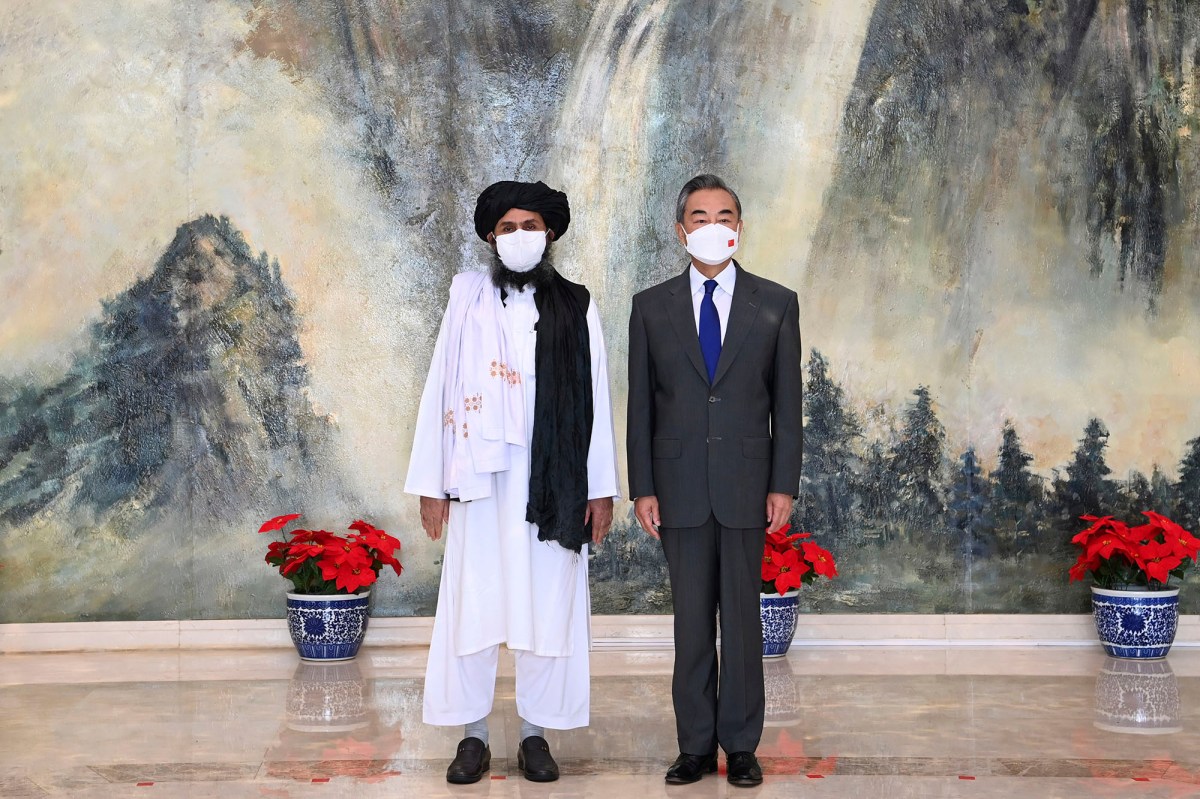 China warmly welcomes Taliban ahead of US pullout from Afghanistan

When Suni Lee was younger, her dad couldn’t afford to buy her a balance beam. So he built her one. 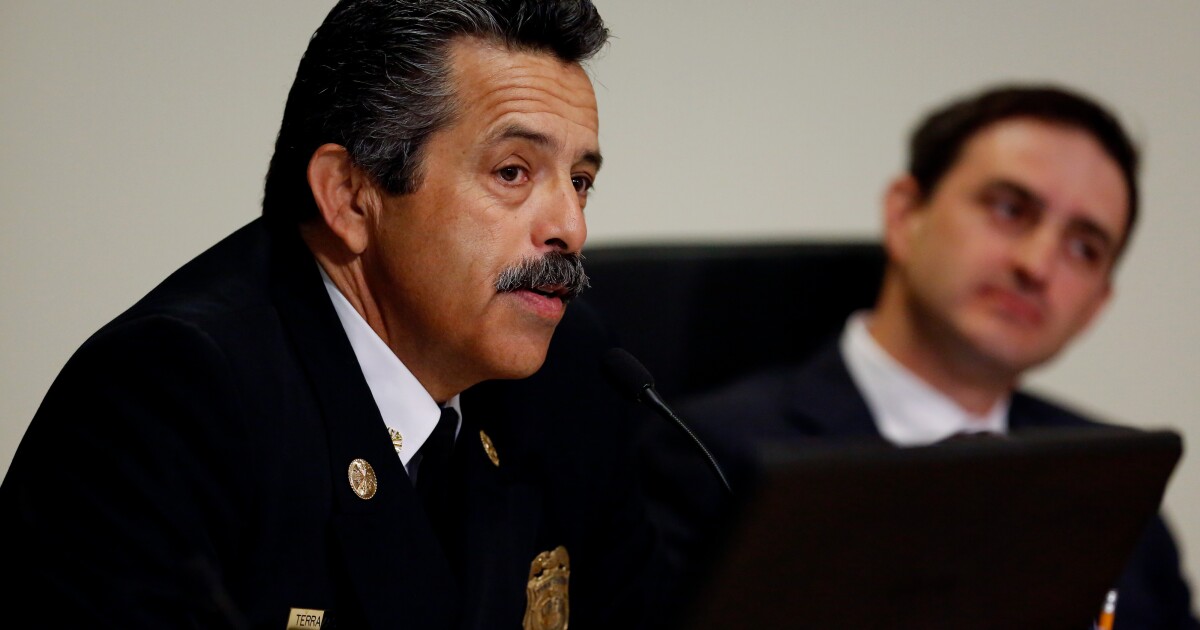