Dulce Vasquez launched her campaign for Los Angeles City Council in January 2021, promising to bring bold new leadership to a district that takes in some of the most impoverished corners of South Los Angeles.

The 36-year-old college administrator kicked things off with a video showing her on the streets of the 9th District, which stretches from the Los Angeles Convention Center south to 95th Street. “People across this district,” she said in her announcement, “are demanding change.”

Yet five weeks later, Vasquez registered to vote a mile outside the 9th, listing a condominium in downtown’s Fashion District as her home, according to records obtained from the Los Angeles County Registrar-Recorder/County Clerk office. Her form, filed in March 2021, said the house she owns in South L.A., inside the 9th, was a mailing address.

Vasquez changed her voter registration again six months ago, listing the South L.A. address as her home. Now her opponent in the race, Councilman Curren Price, is making an issue of her time in the district, portraying her as an inexperienced newcomer who lacks roots in, or knowledge of, South L.A.

Price, running for his third and final term on the council, has repeatedly accused Vasquez in his campaign mail of moving to the district simply to run for office.

“If she doesn’t know her way around the district, how can she be an effective advocate for its neighborhoods?” asked Josh Pulliam, a Price campaign strategist.

Vasquez disputed those assertions, saying she and her husband, while living in downtown, had long planned to buy in South L.A. — but struggled for two years to get an accepted offer. She also dismissed the notion that she does not understand the issues in the 9th, whose population is 78% Latino and 13% Black.

Like many in the district, Vasquez was born in Mexico. She grew up in Florida, the daughter of a housekeeper and a drywall installer, both immigrants, who struggled with English and experienced poverty, relying at one point on food stamps, she said.

“These are the issues of the district,” she said. “And to claim that I’m not familiar with them is wrong.”

Vasquez, a director of strategic partnerships for Arizona State University, is one of several candidates in the June 7 election looking to replicate the success of urban planner Nithya Raman, who unseated then-Councilman David Ryu two years ago.

Vasquez has been criticizing Price’s record, saying in campaign mail that he let “crime and homelessness get out of control.” She also chided him for approving three huge digital billboards backed by his campaign supporters on Washington Boulevard.

In recent weeks, the Los Angeles Area Chamber of Commerce has given Vasquez a boost, spending more than $75,000 on ads promoting her. An array of unions has spent more than $200,000 to help Price, a former lawmaker in Sacramento.

Price, 71, grew up in South Los Angeles, attended high school in Inglewood and spent several years on the Inglewood City Council. He represented much of the 9th District while serving in the state Senate.

On the campaign trail, Price has touted his success in increasing the city’s minimum wage, building low-income housing and creating a guaranteed income pilot program to help the city’s neediest. His campaign has also issued lacerating attacks against his opponent, many of them built around Vasquez’s arrival in the district — and her voting history.

Vasquez’s explanation of that history is complicated.

In March 2020, while living in the downtown condo, Vasquez was elected to be a delegate to the Los Angeles County Democratic Party Central Committee, representing the 53rd Assembly District. In December 2020, she and her husband purchased their four-bedroom bungalow in South L.A.

Vasquez, in an interview, said she and her husband moved in immediately, splitting their time between the South L.A. house and the downtown condo.

In February 2021, county election officials updated Vasquez’s voter registration, changing her address to the house in South L.A. They did so after receiving a piece of “returned mail” from that location, according to a county election spokesman.

In March 2021, a party official contacted Vasquez to inform her she would not be allowed to attend that year’s state convention as a delegate, because she was newly registered in South L.A., outside the 53rd Assembly District.

L.A. County Democratic Party Chairman Mark Gonzalez said Vasquez responded by telling the party official that someone stole her voter registration form and filled out the information incorrectly, listing her home as South Los Angeles. According to Gonzalez, Vasquez told the official she wanted to fix the discrepancy and remain a delegate.

“She verbally said she lived in downtown,” said Gonzalez, whose organization endorsed Price this year.

Vasquez disputed those remarks, saying she told the party official she was splitting her time between the two addresses. She also denied saying her voter registration form had been stolen.

Nevertheless, Vasquez confirmed that after hearing from the Democratic Party, she reregistered to vote, listing the downtown condo as her home address. Vasquez said she did so because she had “fought really hard” to become a delegate and attend the virtual convention.

Vasquez ultimately did not go, missing the registration deadline. She said she then forgot to change her voter registration back to South L.A., making the change several months later.

In September, when Californians were deciding whether to recall Gov. Gavin Newsom, Vasquez continued to vote from the downtown address, according to a county election official. She remained an elected delegate of the 53rd Assembly District, voting and attending meetings until December, Gonzalez said.

Pulliam, the Price strategist, criticized Vasquez over the situation, saying she cared more about attending a political convention than “getting to know the people she wants to represent.” Still, it’s unclear whether voters will take issue with the length of time Vasquez lived in, or voted in, the district.

Adriana Cabrera, who is running as a write-in candidate, said she thinks those details are in fact a big deal.

Growing up in the 9th District is “extremely painful,” said Cabrera, co-founder of the group South Central Mutual Aid. Children worry about gun violence on their way to school, she said, while their parents work multiple jobs.

“How can someone come into our district not knowing what it’s like to be surrounded by violence their whole life?” she asked.

Vasquez said she lived in Mexico long enough to have “a lifelong fear of police and authority.” And she argued that the 9th District is a place that is constantly seeing turnover in its population — and is welcoming to new arrivals.

“In my own neighborhood, we have a lot of newcomers,” she said. “And when I was a newcomer here in 2020, I was immediately embraced by the families here.” 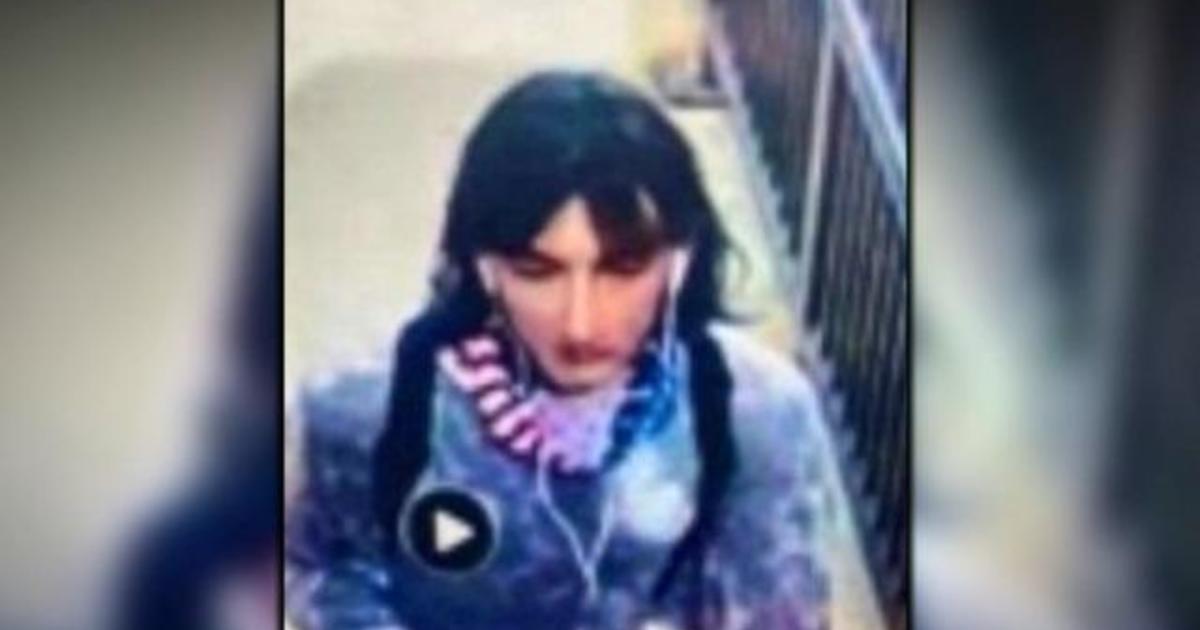 Police officer and suspect both killed in Detroit shooting 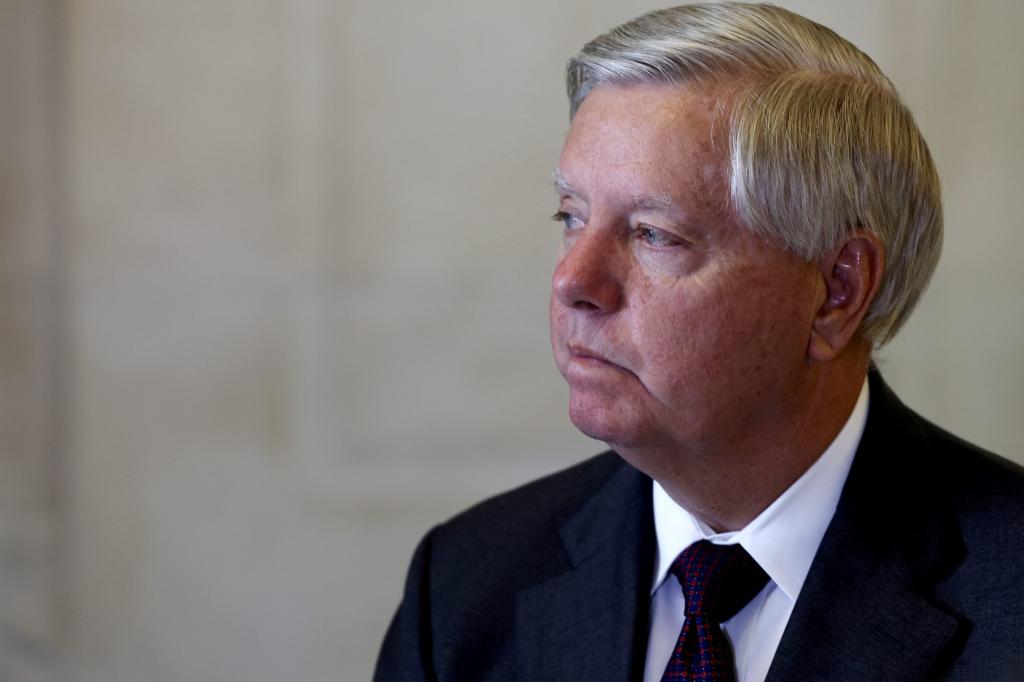