Quentin Tarantino is one of the most celebrated, if polarizing, writer/directors in Hollywood. His films exalt bright, pulpy action genres to the level of arthouse filmmaking, and pay distinct homage to spaghetti westerns, blaxploitation, and martial arts fare of the 1960s and 70s. In bringing Tarantino’s referential stories to life, countless actors have found their breakthrough roles – or revived floundering careers.

Many of the actors whose careers were resuscitated by Tarantino films were former household names from the genres he pulls from. Meanwhile, numerous early-career actors have broken into Hollywood stardom by brilliantly realizing the unique characters from Tarantino-written or directed stories.

Though he had a successful career in German and Austrian theatre and television, Christoph Waltz’s big Hollywood break came in Tarantino’s 2009 flick Inglourious Basterds. Waltz is magnetic and terrifying as SS Colonel Hans Landa; not until Homelander has onscreen milk drinking been so unsettling.

RELATED: The 10 Best Quentin Tarantino Characters, According To Ranker

The performance in Basterds earned Waltz an Academy Award for Best Supporting Actor. Three years later, he would do it again, bringing home the Oscar for his turn in Tarantino’s next film, Django Unchained. Meanwhile, he’s earned lead roles in Bond films and auteur films alike, showing off his impressive range.

In the 1970s and 80s, John Travolta was a triple threat and heartthrob, turning in iconic performances in films like Grease and Saturday Night Fever. The success was short-lived, however, and Travolta’s career was on life support by the 90s.

RELATED: The 10 Best Sophomore Films, According To Ranker

It was his unexpected, edgy casting as the hitman Vincent Vega in Pulp Fiction that turned things around. Suddenly, audiences saw a new side of Travolta’s talent; he’s cool, aloof, and a perfect foil for Samuel L. Jackson. Since the release of Pulp Fiction, Travolta has earned more starring roles on the big and small screen, including an Emmy-nominated performance in American Crime Story.

One of the most prolific actors in Hollywood, Samuel L. Jackson got his start in TV movies and series in the 70s. A small role in Jurassic Park got him noticed, but it was Pulp Fiction that put Jackson on the map. He holds his own against the highly recognizable John Travolta and delivers some of Pulp Fiction’s funniest quotes.

The breakout role paved the way for a storied career; Jackson landed parts in huge franchises like Star Wars and the MCU and continued to appear in Tarantino’s films, like Jackie Brown and Django Unchained.

In the 70s and 80s, Pam Grier was a trailblazer for female action stars. She became synonymous with blaxploitation cinema and was lauded for performances in Coffy, Foxy Brown, and Sheba, Baby. As the genre declined, however, Grier struggled to stay in the spotlight, taking smaller television and film roles.

With her appearance in Tarantino’s Jackie Brown, itself an homage to the blaxploitation genre that made her famous, Pam Grier proves she’s still got it. Her award-winning performance won her numerous awards and accolades and opened her up to new opportunities. Notably, she starred as Kit Porter on the groundbreaking Showtime series The L Word.

Like Christoph Waltz, Tim Roth had an established career in his home country before Quentin Tarantino got his hands on him. He starred as Guildenstern in Rosencrantz and Guildenstern Are Dead, and he and costar Gary Oldman were dubbed, along with Colin Firth and other prominent British actors, “The Brit Pack.” He broke into the Hollywood market, however, with a leading role in Reservoir Dogs.

Roth went on to appear in four Tarantino movies, and his career has skyrocketed. He plays Emil Blonsky/Abomination in the Marvel Cinematic Universe, a character set to return in She-Hulk: Attorney at Law. He won an Oscar for Rob Roy and has collaborated with celebrated directors like Francis Ford Coppola and David Lynch.

David Carradine made a name for himself in the 70s as a martial arts actor, most notably in the martial arts Western TV series Kung Fu. After the series ended, Carradine’s film career experienced numerous false starts (he was even in talks to star in Alejandro Jodorowsky’s famously unmade Dune) and failed to gain traction.

When Tarantino began work on the Kill Bill films, which in signature QT-style reference spaghetti westerns and martial arts cinema, the Kung Fu star was an inspired casting choice for the title character. Carradine earned a Golden Globe nomination for the performance and enjoyed a revival in his fame.

While True Romance is a Tarantino script directed by Tony Scott, the character of Alabama Whitman leaps off the page. In Alabama, Patricia Arquette found her breakthrough role, earning universal acclaim for her sensitive, infectious performance opposite Christian Slater.

Arquette found a niche in independent cinema, and in recent years, her career has only flourished more. In addition to winning a Best Supporting Actress Oscar for Boyhood, Arquette has delivered award-winning performances in Medium and The Act and now stars in the acclaimed series Severance as the manipulative, intelligent Cobel.

Fresh from a Disney contract, child stardom, and minor league baseball career, Kurt Russell had the looks of a Hollywood leading man and the filmography of an indie darling. Russell was a favorite of John Carpenter in the 70s and 80s, starring in cult classics like Escape from New York and The Thing. His career dwindled somewhat thereafter until Quentin Tarantino cast him in Death Proof in 2007.

RELATED: 10 Superhero Movies Tarantino Should Direct, According to Reddit

Since Death Proof, Russell has experienced nothing short of a career resurgence. He’s gone on to star in better-loved Tarantino films like The Hateful Eight and Once Upon a Time in Hollywood, while also landing big contracts with the Marvel Cinematic Universe and the Fast & Furious franchise.

Michael Madsen is so synonymous with Quentin Tarantino today that it’s easy to forget how long and prolific his acting career has been. Madsen got his start on stage before transitioning to film, with roles in WarGames and Thelma & Louise. It was his twisted turn in Tarantino’s outstanding directorial debut Reservoir Dogs, however, that catapulted Madsen into the limelight.

Since Reservoir Dogs, Madsen has worked near constantly, with notable appearances in Sin City, Die Another Day, and Donnie Brasco. He is one of Tarantino’s most frequent stars, and his most recognizable roles are fruits of that collaboration: Kill Bill, The Hateful Eight, and Once Upon a Time in Hollywood. Any time Madsen seems close to slipping into obscurity, it seems, Tarantino has a place for him.

Don Johnson’s Golden Globe-winning portrayal of Sheriff James “Sonny” Crockett on Miami Vice made him a household name. His run as the title character on Nash Bridges brought him even more television fame. At the series’ conclusion, however, Johnson struggled to find high-profile gigs.

With his casting as Spencer “Big Daddy” Bennet in Django Unchained, Johnson showed audiences he could deliver a slimy villain as well as a steadfast hero. He’s since delivered excellent performances in Knives Out, HBO’s Watchmen, and more.

NEXT: Reddit’s Favorite Aspects Of Every Tarantino Film

Love Island USA: Feel Like You're in the Hideaway With Pajamas, Robes, and Slippers From the Show - E! Online 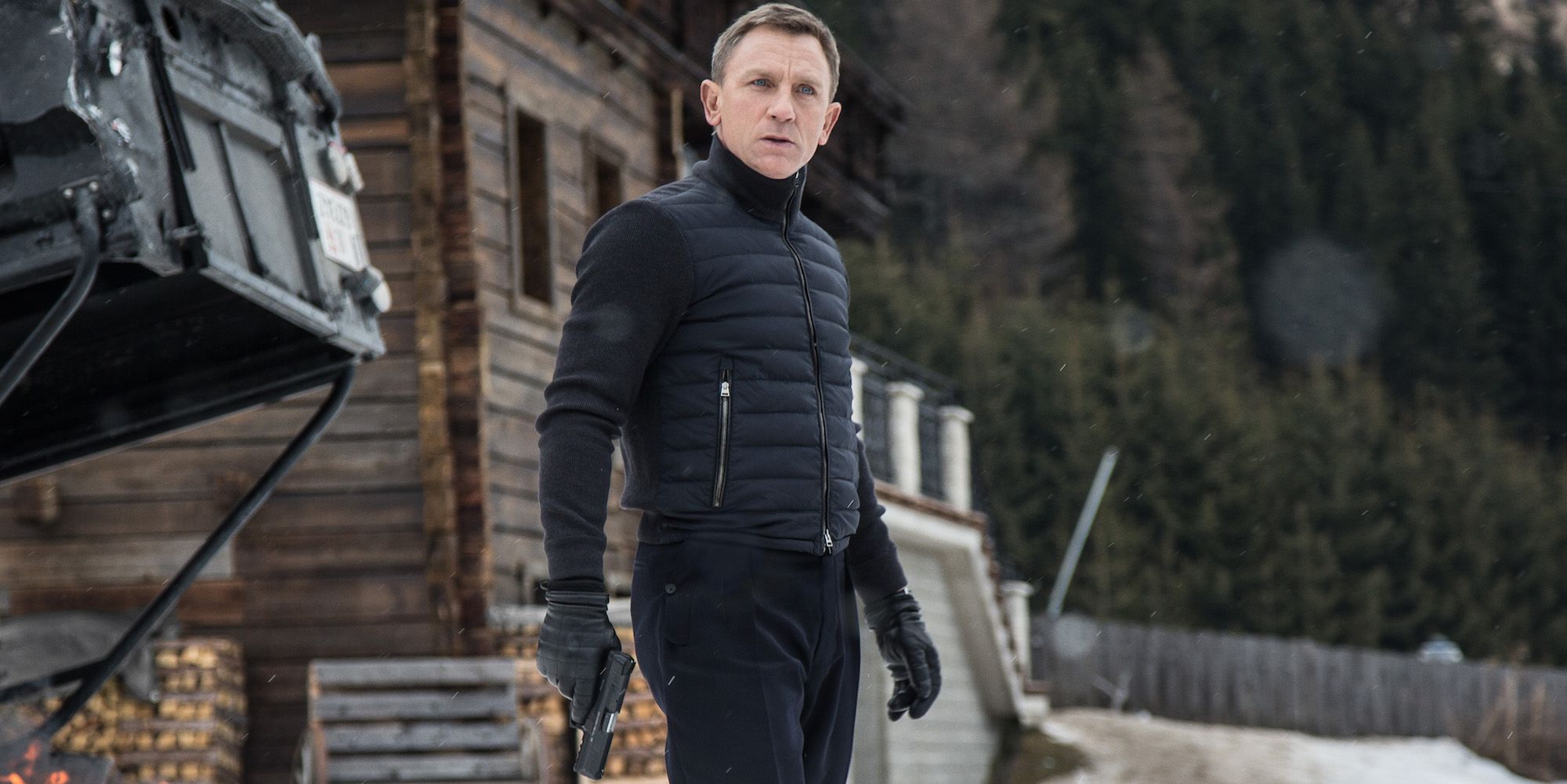