Recent horror releases like the puzzle adventure game Silt and the atmospheric exploration game Iron Lung show that the dark depths of the ocean continue to terrify players. According to National Geographic, more than 80% of Earth’s ocean has never been mapped or explored by humans, which means there could be plenty of strange things that lurk in the underwater darkness.

Along with the bizarre oceanic creatures people have already discovered, this fear of the unknown has led to many horror films, shows, and even video games that take place in the ocean. Some of these games, like SOMA, especially stand out among the rest.

Released in Europe and Japan in 1998, Deep Fear is a survival horror game for the Sega Saturn. At the start of this game, a space capsule crashes into the pacific ocean, which contains a chimpanzee that was sent into space to test the effects of cosmic radiation. When the nearby underwater research facility called “The Big Table” tries to investigate this, a series of events leads to the base being compromised by cosmically radiated bacteria that mutate living creatures into monsters.

Players control an ex-Navy SEAL named John Mayor, who is seemingly immune to the disease, as he tries to rescue the other people in the facility and escape. While often regarded as simply a Resident Evil clone, the game was actually revolutionary for the time since players could simultaneously run and shoot. Along with some unique ideas such as the player managing the base’s oxygen levels, this game could’ve been a classic if it had better voice acting and wasn’t released on the sadly forgotten Saturn.

Created for the DreadXP Dredge the Depths Jam, Maroscuro is a 2021 Lovecraftian horror game that was developed by Maldo19, who also created The Horror of Salazar House. Strange accidents keep happening along the local coastline that are caused by unspeakable horrors that lurk within the ocean’s depths. Two coastguards, who are also lovers, try to save as many people as they can by driving their motorboat to each of the drowning victims.

Depending on the player’s actions, they’ll receive one of three endings, but there’s always a sense that these creatures are too powerful for humanity to deal with. This feeling of inevitable helplessness, along with the simple arcade-like gameplay mechanics and the retro art style, makes Maroscuro an impactful experience.

Released in 2020, Water Womb World is a short indie horror game created by Yames. Unlike many of the developer’s other titles, like Discover My Body and Growing My Grandpa!, that focus on body horror, this game mixes evolutionary cosmic horror, oceanic horror, and Christian theology. The protagonist is a Christian man who believes that the Garden of Eden was in the ocean, and Adam and Eve were aquatic lifeforms who were forced to move to land after they committed the Original Sin.

After finding the underwater location of Eden, the protagonist begins researching the items and lifeforms found there, but things change when a messenger from God gives the protagonist a choice. With the grainy retro-esque graphics and droning ambient sounds Yames is known for, this game delivers a thoroughly creepy experience that players won’t forget.

Released in 2017 for PC and VR, Narcosis is a first-person psychological narrative-focused horror game where the protagonist is an engineer who works at a methane-mining facility in the Pacific Ocean called Oceanova. After an earthquake wrecks the facility, the protagonist must find a way to escape the submerged Oceanova using a high-tech industrial dive suit.

As the narrator seemingly tells the story of this disaster to someone else, the protagonist must deal with the struggles of finding leftover air containers, environmental obstacles, breached methane pipes, dangerous aquatic creatures, and narcosis-induced hallucinations. While the experience is fairly short and mostly a “walking-sim,” the well-written narrative and excellent environmental storytelling create an emotionally powerful experience.

After creating the critically acclaimed retro-inspired FPS DUSK, David Szymanski developed a different but still excellently executed game called Iron Lung, which combines cosmic horror with oceanic horror. In this short low-poly adventure, the player is an unnamed convict who is tasked with investigating a strange blood ocean on one of the galaxy’s remaining moons. Since the “Quiet Rapture” caused every habitable planet and star to vanish, the remaining humans are desperately looking for resources.

If the convict finishes the mission, they obtain their freedom, but there’re creatures in the water that may not let the convict survive. To create a sense of claustrophobia and dread, Szymanski has the player trapped in a small submarine where they can only see what’s outside by taking low-quality photos. While being essentially blind and trapped in a moving coffin, the player feels immersed within the confined and horrifying environment.

Silt, which was one of the most anticipated horror games, finally released during the summer of this year. Similar to the award-winning game Limbo, this surreal atmospheric puzzle adventure takes place in a beautiful but dangerous monochromatic world where the player must solve environmental puzzles. Unlike Limbo, however, the protagonist, who is a diver, has the power to control other creatures.

While trying to uncover the ocean’s mysteries, the diver will encounter lost civilizations, peculiar pieces of technology, and terrifying monsters. The player will need to use the abilities of various creatures, such as piranhas being able to cut through vines, to solve puzzles and progress. This new mechanic and the detailed storybook-esque art style make the game a fun and visually stunning adventure.

Developed by Frictional Games, who also created the Penumbra trilogy and Amnesia: The Dark Descent, SOMA is a 2015 survival horror game where the protagonist, Simon Jarrett, agrees to participate in an experimental brain scan after he survives a car accident. When he wakes up, he discovers that it’s now the year 2104 and he’s in the underwater research facility PATHOS-II, which was the last surviving outpost of humanity after a comet hit the planet.

Despite being defenseless, Simon must navigate the facility, with the help of an employee named Catherine Chun, to find and launch a digital black box into space, which houses the minds of the humans that used to live in PATHOS-II. Though the stealth-focused gameplay may not be for everyone, SOMA is worth playing for the beautifully crafted environments and narrative.

Released in 2018, Subnautica is an open-world action-adventure horror game and one of the best survival games ever made. When a spaceship known as the Aurora tries to locate the crew members of another ship that disappeared near an alien planet, a mysterious energy pulse causes the Aurora to crash on the planet. The protagonist, a systems maintenance chief named Ryley Robinson, is the only crew member who survived.

Now, Ryley must explore the planet’s ocean to uncover the secrets behind the crash, but there’re many dangerous creatures that lurk in the depths. With an immense and detailed world to explore, it’s not surprising that the game was successful and received a sequel titled Subnautica: Below Zero.

Taking place within the same universe as the browser game Fallen London, Sunless Sea is a narrative-focused exploration RPG roguelike where the player is a steamship captain that must explore the vast Unterzee, which is an underground ocean. After the player customizes their character’s background and goals, they’re immediately dropped into this detailed and dangerous world.

As the player visits new locations, completes story quests, trades goods, battles ships, and fights monsters, they try to achieve their assigned goals. Even though the player will die many times, the intricate world-building and immersive atmosphere will keep players returning each time.

Speaking of games with an immersive atmosphere, the 2007 FPS BioShock has some of the best examples of environmental storytelling out of any video game. Created as a spiritual successor to System Shock, the game follows a young man named Jack who enters a destroyed underwater city called Rapture after surviving a plane crash.

Using guns and “Plasmids,” which are mutagenic serums derived from a gene-altering substance called ADAM, that give users superhuman abilities, Jack explores and fights enemies to uncover the mysteries behind the city. Though there’ve been two sequels, neither of them can top the revolutionary gameplay design of the original.

NEXT: 10 Best Horror-Based FPS Games, According To Metacritic


Next
Which MCU Couple Are You, Based On Your Zodiac Sign? 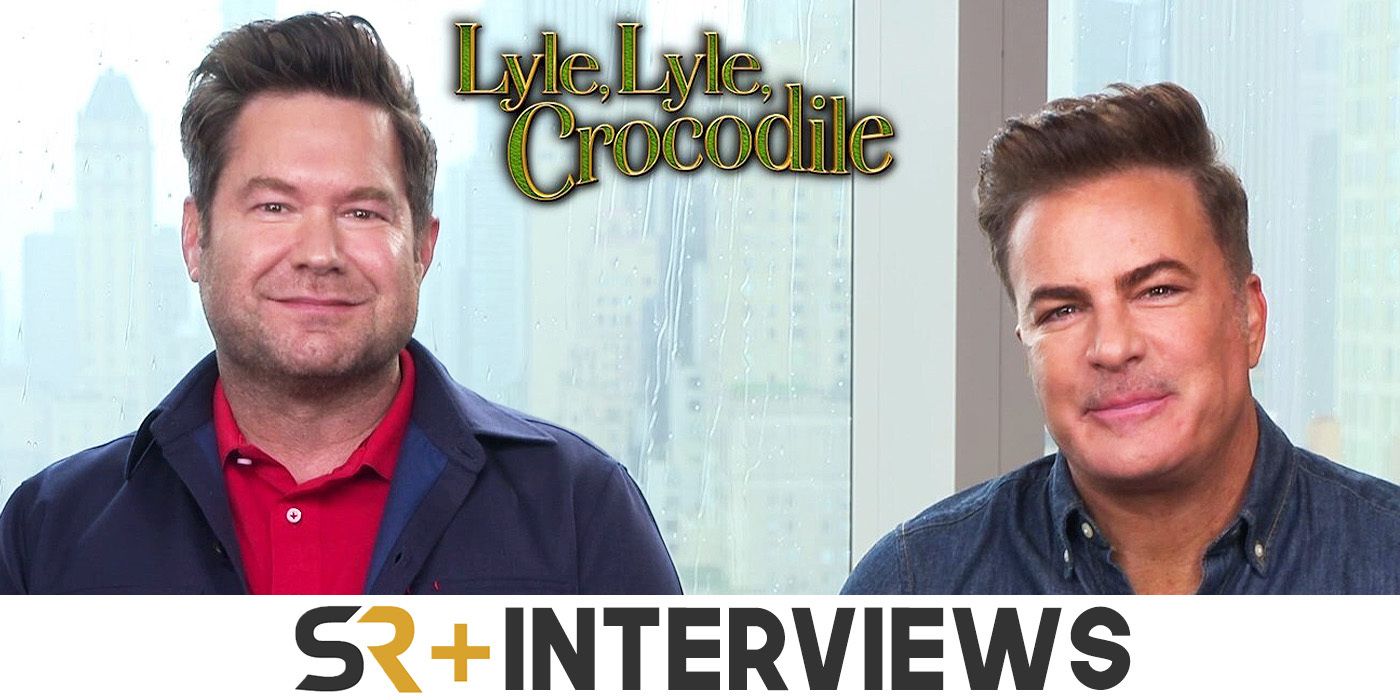 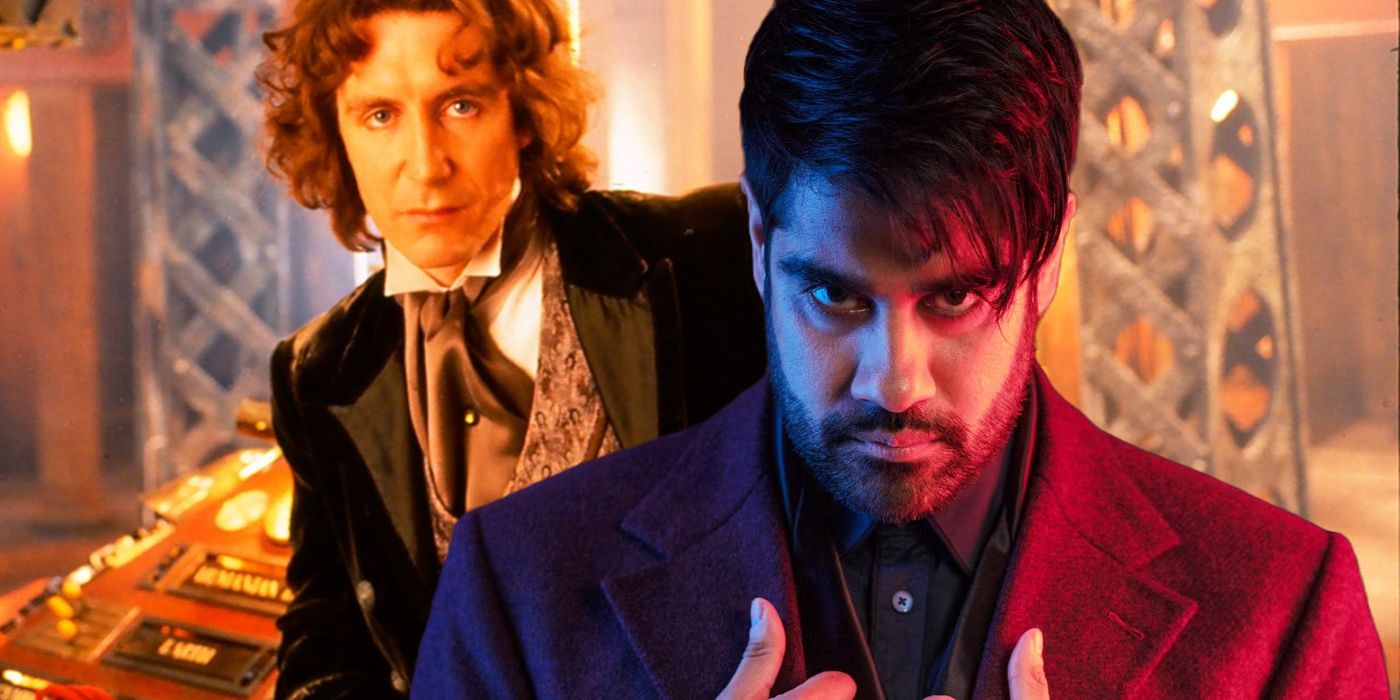