With the news that Charlie Cox is set to return as Daredevil in the MCU with his own TV series, fans are rejoicing that the beloved live-action Man Without Fear will get his time in the sun again.

The (former) Netflix series was acclaimed for drawing on the essence of writers Frank Miller and Brian Michael Bendis’ transformative runs on the superhero, but it would be unsurprising to see Daredevil’s reintroduction to the MCU on Disney+ opt for a different direction. Thankfully, there are still several other celebrated comic books in the character’s mythos worth taking inspiration from, including Mark Waid’s beloved swashbuckling rendition.

The crime-noir grittiness of Frank Miller and Brian Bendis is justifiably hailed as some of the best work the character has ever featured in among longtime fans. That says a lot considering Daredevil is also often regarded as one of the most consistently well-written superheroes. Even still, writer Mark Waid and artist Chris Samnee’s run on the series has earned praise thanks to its inventive tonal balancing act. Starting with Devil at Bay, the Devil of Hell’s Kitchen becomes the Devil of San Francisco as he tackles a revolving door of villains — including longtime foe the Owl.

Waid’s run overall was praised for touching back on Daredevil’s earlier swashbuckling days in the comics, while simultaneously keeping the character drama and grounded subject matter that made the aforementioned gritty runs so compelling. Given that the new series will be on Disney+, this is perhaps the best-case scenario regarding the character and world’s feel. Likewise, it could also introduce Leland Owlsey’s son from the original series as the more villainous “Owl” that comic book fans have come to know.

A Touch Of Typhoid

Ann Nocenti is another one of Daredevil’s best writers, and she’s thankfully gotten more retroactive praise from fans in recent years. She’s responsible for creating one of the most chaotic and memorable Daredevil villains in the form of Typhoid Mary, and it’s about time she gets a role in live-action opposite Charlie Cox’s Daredevil.

In A Touch of Typhoid, Mary goes to seduce the hero before turning on him and going for the kill. Typhoid Mary is an excitingly unpredictable villain due to her aggressive dissociative identity disorder mixed with low-level pyrokinetic powers, making for a “wild card” threat that could also create a tense dynamic with Vincent D’Onofrio’s Kingpin.

The current Chip Zdarsky and Marco Checchetto run on the hero are both one of the best runs to date and ideal starting points for new Daredevil fans. It’s certainly dark, but it doesn’t get as grim as Miller or Bendis’ work. This run arguably strikes the right balance of a PG-13 Daredevil story that embraces the wildness of what comic books can portray and doesn’t get too bleak or too lighthearted.

Through Hell (despite its name) could arguably offer the Disney+ series some inspiration for a thrilling clash of Daredevil’s rogues in a tense atmosphere. In this arc, the Man Without Fear makes a triumphant comeback after seeing what Daredevil means to the community as a symbol while also giving a well-earned crossover of some of his villains. It’d be best left to a later season, but after season 3 of the original series, it could be great to see Matt use his renewed confidence and sense of self similarly.

While Last Hand is one of Miller’s pulpy works on Daredevil from the ’80s, its premise could serve as a good transition into bringing back Elektra — and ideally with Élodie Yung again to portray her. Season 2 of the original show was a solid endeavor in its own right, even though it was awkwardly placed between the acclaimed giants that seasons 1 and 3 proved to be.

It also loosely used Last Hand for inspiration, only it used Elektra’s “death” as a consequence of The Hand rather than Bullseye. While she doesn’t need to be killed by the villain, the next Daredevil series should eventually look into bringing their bitter rivalry from the comics into live-action.

Daredevil has had terrible things happen to him across mediums, and while there were many in the comics especially, the Waid run made things even more intimate with Foggy. Matt Murdock’s longtime best friend and law partner Foggy Nelson has been there with him since their college days, and their long history in the comics made his cancer diagnosis a gut-punching plot point.

Matt has to deal with a shadowy enemy who’s been stringing together his recent misfortunes — Ikari — all the while trying to support Foggy at this dark point in his life. Elden Henson’s performance as Foggy made for a charming and faithful rendition of the comic book source material’s dynamic. This would be a powerfully emotional story arc in a live-action series.

While Jeph Loeb and artist Tim Sale are widely known for their landmark work on Batman with The Long Halloween and Dark Victory, the duo teamed up for an intimate and softer story in Matt Murdock’s life. Yellow sees Matt grieving in the tragic aftermath of Karen Page’s murder by Bullseye’s hand, with the story also going back to retell Daredevil’s early career in the titular yellow suit and the then-blossoming romance between Matt and Karen.

It’s one of the more underrated Daredevil comics, striking a tasteful balance of that aforementioned swashbuckling atmosphere with bittersweet character drama. Of course, Deborah Ann Woll’s Karen hasn’t died in the MCU, but using a combination of the lighter yet still true-to-Daredevil tone with a plotline revolving around Elektra’s disappearance could be executed in a similarly effective way.

Bringing Elektra into her Daredevil mantle is surely too soon, but Chip Zdarsky’s Lockdown arc provides another interesting premise to bring her and Bullseye’s dynamic front and center. In the original Daredevil’s absence as he serves a prison sentence, Elektra fills the void and doesn’t take long before a dangerous Bullseye is carelessly let loose on Hell’s Kitchen by Kingpin.

His bloody rampage forces a city-wide quarantine and race against time for Elektra before his kill count rises further. After a hypothetical season setting up Elektra and Bullseye’s respective returns in the MCU, taking a page from this comic book arc could make for a hopefully more grounded storyline.

So much of Mark Waid’s time on Daredevil can and should provide high-quality source material for Disney+. Vol. 3 continues the hero’s colorful exploits while keeping Matt Murdock’s darker internal strife integral to his character development. This storyline follows Daredevil as he and Spider-Man attempt to thwart the Punisher and his vigilante-in-training on top of an entangling web of organized crime groups.

Given the fact that Daredevil will soon be much more closely intertwined with the main story beats of the MCU, crossovers are now an inevitability. However, bringing in the likes of Spider-Man and the Punisher is fitting from the comics, and this could be a good benchmark for how to naturally weave in other heroes, antiheroes, and villains in supporting roles for a new Daredevil TV series.

NEXT: The 10 Best Batman Stories By Paul Dini

Guillermo Kurten is a journalism major at the University of Houston. Originally from Caracas, Venezuela, he now resides in Houston. He is a fan of pretty much anything involving nerd culture. Video games, comics, movies, TV, anime, manga, you name it. He also has experience writing about soccer, specifically, the German team Bayern Munich.

10 Actors Who Had Multiple Roles In The DCAU 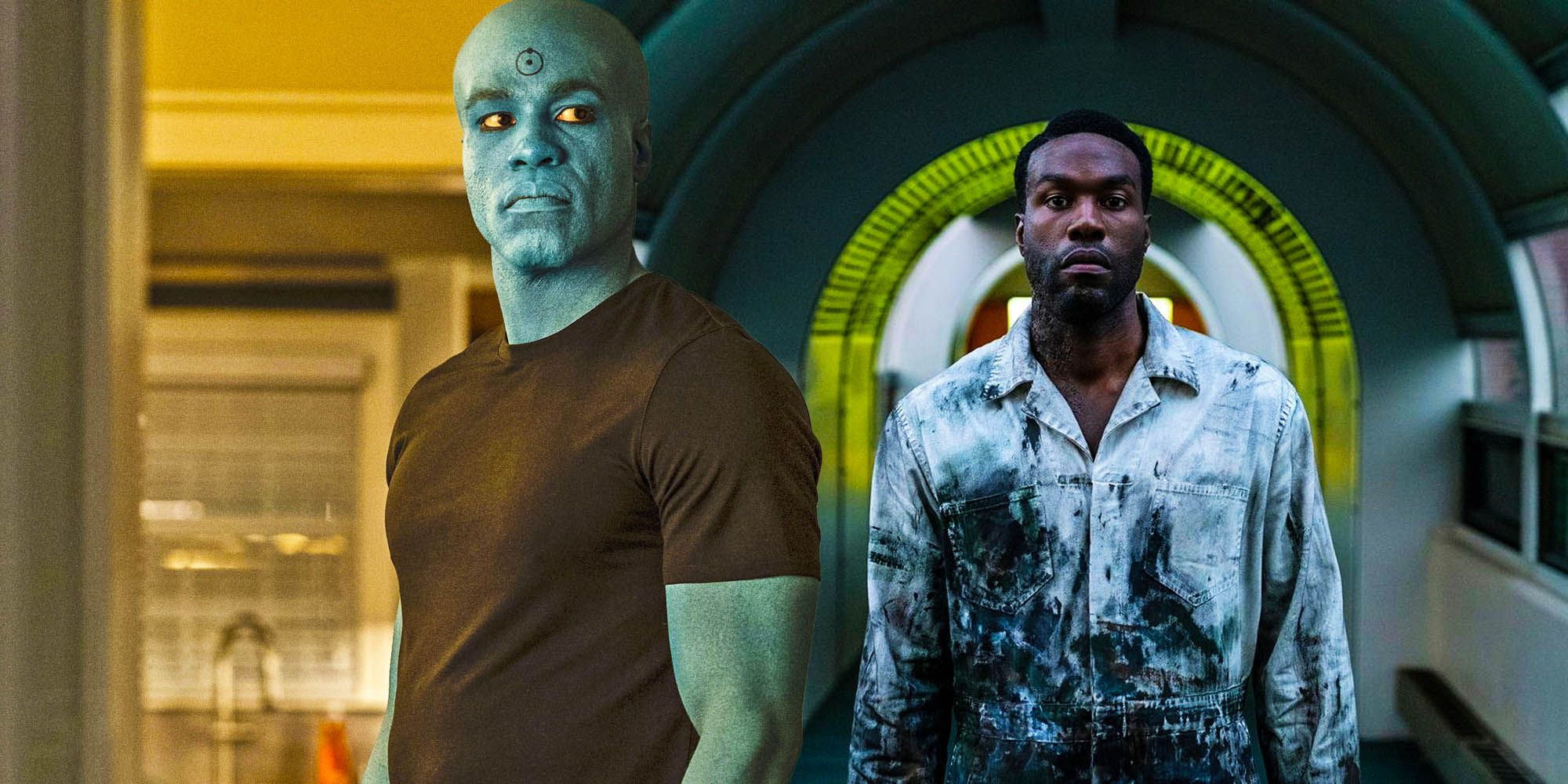 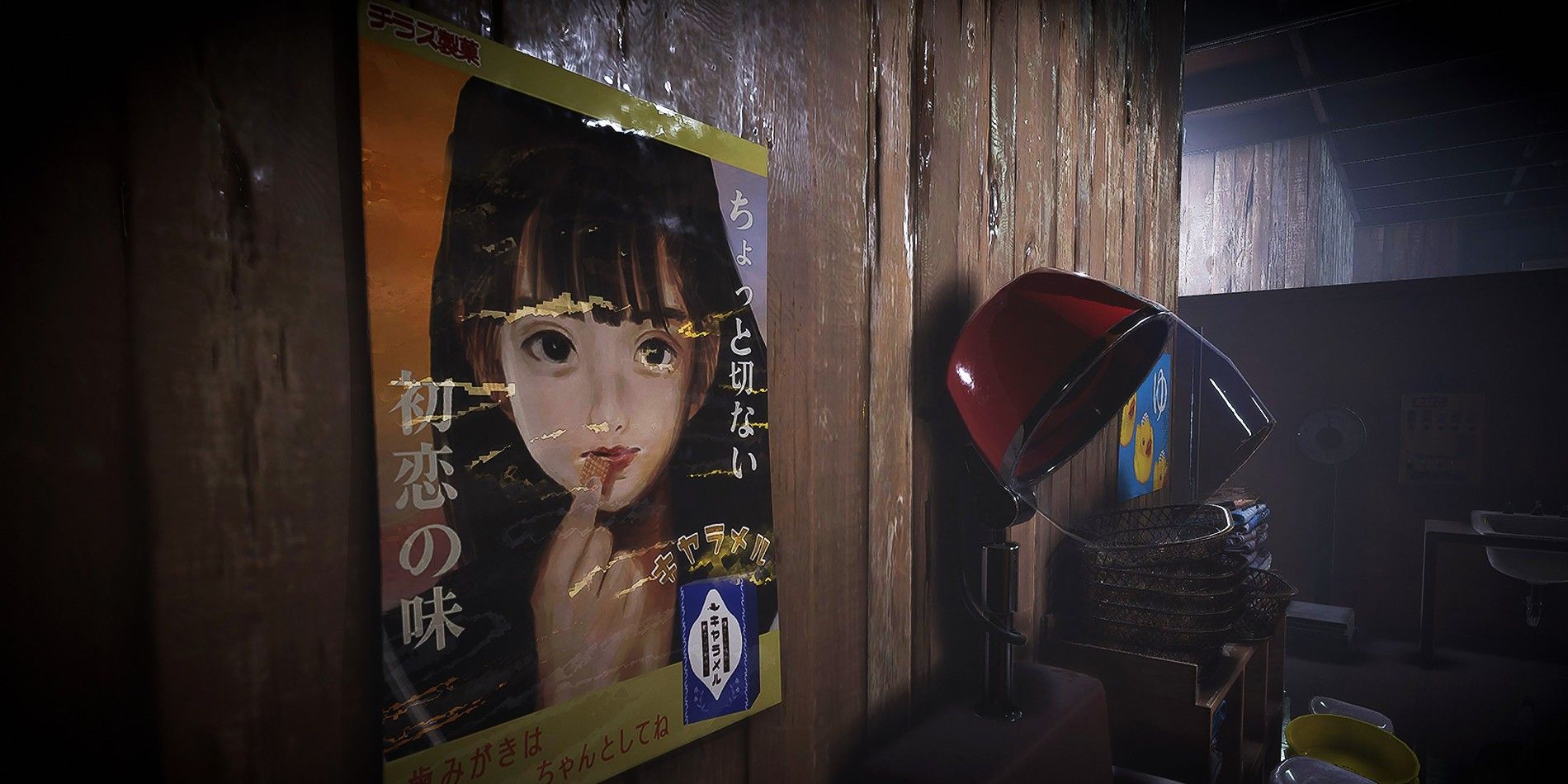 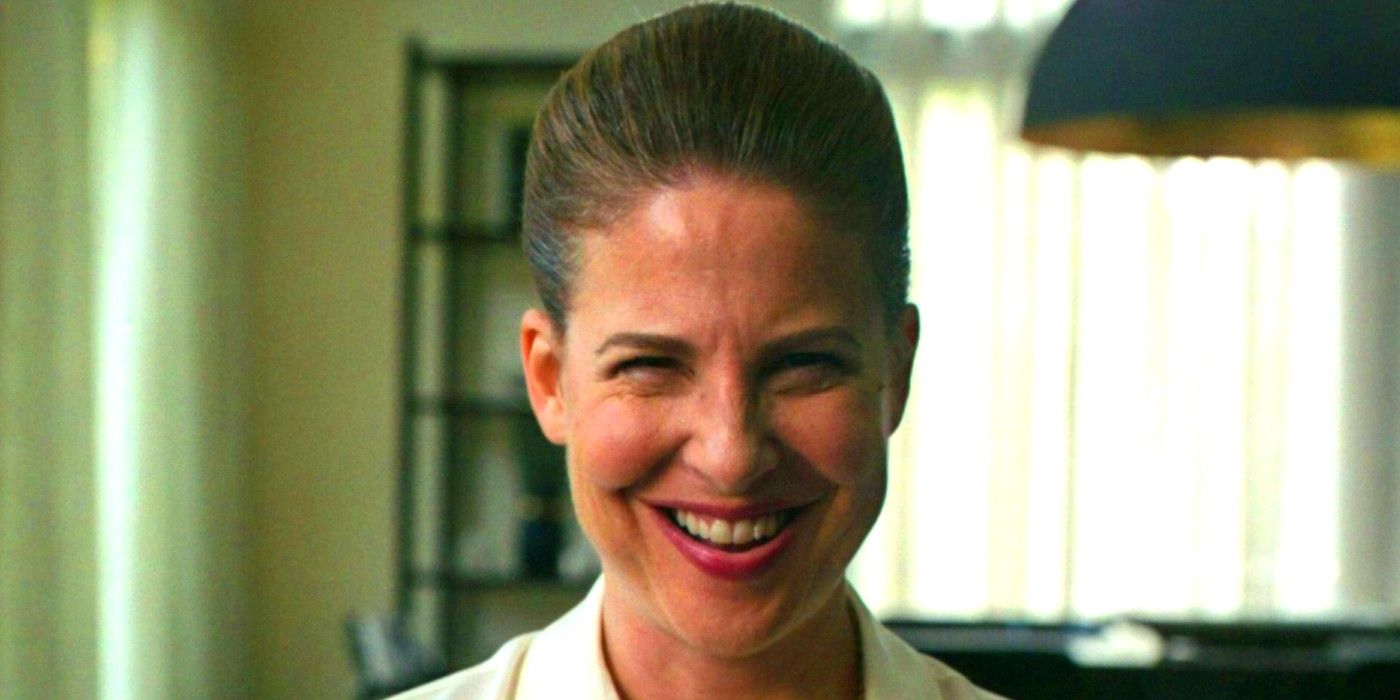 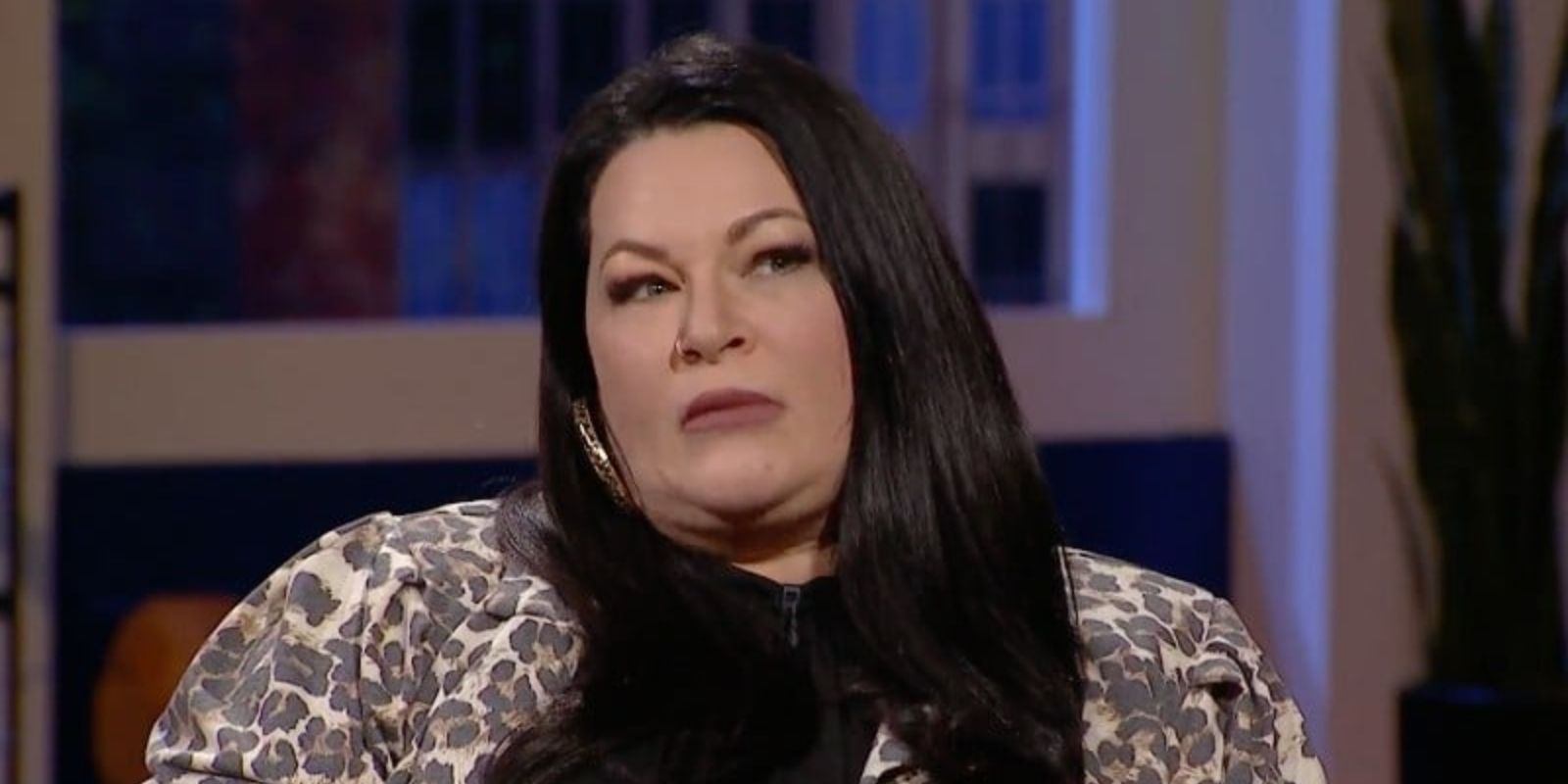