Finding a permanent host for Jeopardy! is appearing to be a near-impossible feat, as the nearly two-year-long search has included a variety of backlashes and controversies, but where did it all go wrong? Beginning as the Jeopardy! host in 1984, Alex Trebek helmed the game show with humor and compassion for 37 seasons until passing away from pancreatic cancer in November 2020. While fans of Jeopardy! mourned for the beloved television personality, another thought crept into the culture’s mind: Who would replace him as the host?

The game show has been on the hunt for Trebek’s successor since late 2020, and likely long before that when he first announced his diagnosis and imminent plans to retire. After bringing on names like Ken Jennings, NFL quarterback Aaron Rodgers, Katie Couric, Miyam Bialik, LeVar Burton, David Faber, Anderson Cooper, and Robin Roberts, Jeopardy! executives were able to test out quite a few candidates while getting feedback about what audiences did and didn’t enjoy about the guest hosts’ performances. Alas, after the hiring, firing, and removal of some candidates from the running, Jeopardy! is still without a permanent host.

Related: Why People Are So Excited About LeVar Burton Hosting Jeopardy

Along the way, Jeopardy!’s possible full-time hosts became subject to controversy after deep-digging investigations into their pasts by fans. It’s hard to believe that picking Trebek’s replacement has become so complicated, but Jeopardy! is one of the most popular game shows of all time that many fans believe deserves the perfect host. Here’s a breakdown of the major controversies and backlashes that have occurred over Jeopardy!’s host search, and why it’s sadly gone so wrong.

The Hiring and Firing of Mike Richards

The most significant Jeopardy! controversy to date was the problematic hiring of executive producer Mike Richards as the new permanent host on August 11, 2021. Out of all of the candidates who served in guest hosting roles since Trebek’s passing, Mike Richards was the wrong choice – yet, he got the gig. The hypocrisy of his hiring began when it was revealed that not only was he the executive producer of Jeopardy!, he was on the hiring committee, so he essentially picked himself. Information on Richards’ past quickly surfaced, as a journalist from The Ringer uncovered old problematic statements on podcasts that have since been deleted. It also came to light that Richards was the subject of two discrimination lawsuits during his time as executive producer on The Price is Right.

After intense backlash and advocacy for Mike Richards to be removed as the host, a week later Jeopardy! did just that. On August 20, it was announced that Richards would be stepping down as the permanent host, going back to being the executive producer. Obviously, that wasn’t enough – this isn’t the guy that should be having creative control over the beloved game show when he was already rightly ousted as the host. On August 31, Sony released a statement that they had fired Richards from his positions as executive producer on both Jeopardy! and Wheel of Fortune. Jeopardy! fans and former contestants alike had a celebratory field day with the news, including former champion James Holzhauer posting a cheeky GIF on Twitter from The Wizard of Oz where the Munchkins chant “Ding! Dong! The witch is dead.”

An early contender to take over for Alex Trebek, many fans lobbied for former contestant Ken Jennings to win the role. As the contestant with the longest winning streak in Jeopardy! history and the highest-earning American game show entrant of all time, Jennings knows the ropes and rules of Jeopardy! more than any other winner. He’s also taken on a backstage role for Jeopardy! in the time since his contestant appearances, where he serves as a consulting producer for the show. Following Trebek’s tragic passing in November 2020, many believed the torch would be passed to Jennings, who also served as the first interim guest host for Jeopardy! in the 2021 season. Everything seemed to be going well for Jeopardy!‘s beloved golden boy as the guest host who received the highest viewership ratings. It also appears that Trebek himself believed Jennings would take over, with The Ringer reporting that a few days before he died, Trebek called him about his guest-hosting stint and left Jennings a pair of cuff links.

According to The Wall Street Journal, Jeopardy! producers actually believed early on that Jennings would have been the proper successor for Trebek. Even after much support from fans, what ultimately lost Ken Jennings the permanent hosting job was the resurfacing of old problematic posts on Twitter. One such tweet was a juvenile joke that made widespread rounds on Twitter in 2014, stating, “nothing sadder than a hot person in a wheelchair.” Jennings has since apologized for the insensitive tweet, though it wasn’t enough to redeem him in the eyes of Jeopardy! many fans. The same Wall Street Journal piece stated that amid the Twitter controversy in late 2020, Sony paused their announcement on who would replace Trebek, essentially declaring it wouldn’t be Jennings. Additionally, the article details that focus groups for Sony “didn’t react well” to a Jennings appointment following the controversy, though he did still host the first six weeks back of Jeopardy! He’ll still be serving as a producer for Jeopardy!, so this won’t be the last time Jennings is seen on the game show.

A self-pronounced passionate Jeopardy! fan, The Big Bang Theory actress Mayim Bialik has been a front runner for the full-time hosting gig. Bialik was one of the more anticipated interim guest hosts back in June 2021. As an award-winning actress with a Ph.D. in neuroscience, many believed she had a calming presentational candor, well-timed humor, and intellectual background that were fitting for the host of a game show that celebrates knowledge and trivia. At the same time, Bialik carries her own controversial baggage with past statements on vaccinations and Weinstein victims, which is a quality Jeopardy! needs to avoid for its full-time host after the Mike Richards fiasco.

When Mike Richards was announced as the permanent Jeopardy! host, it came with the stipulation that Bialik would be a co-host, leading the program’s primetime specials and spinoff games. Once Richards subsequently stepped down, some lobbied for Bialik to take over the full-time role since she would already be filling in for the meantime. Due to Bialik’s sitcom Call Me Kat being renewed for a second season, she isn’t able to take over as Jeopardy!’s host because she can’t commit to full-time filming.

More than any other candidate, the internet has widely lobbied for former Reading Rainbow host and Star Trek: TNG actor LeVar Burton to receive the permanent hosting role. He once called Jeopardy! his “dream job” on Twitter and holds a dear place in the hearts of many as an all-around good guy who has been present in popular culture since the 1970s. Once it was announced that Jeopardy! would be featuring a series of interim guest hosts before choosing a permanent successor, fans advocated for Burton to get a guest gig by creating a petition that received over 200,000 signatures. The campaign worked, with Burton being brought on in late July 2021.

Many were ecstatic with Burton’s Jeopardy! performance and still believe he is the right candidate for the job, with celebrities like Ryan Reynolds taking to Twitter to support Burton. At the same time, some Jeopardy! viewers weren’t as impressed, citing his low episode ratings as a counterpoint. With Burton now seemingly no longer interested in the job after being passed over for Richards previously, all the fan support may be moot either way. That will disappoint some, but considering all the scandal surrounding Jeopardy! right now, it makes sense why Burton might be wary.

While Jeopardy! producers still seem to have no real idea who will ultimately become the new permanent host of the classic game show, they’ve at least confirmed who will be behind the lectern Trebek once manned through at least the end of 2021. Mayim Bialik, who was announced previously as the host of Jeopardy!‘s primetime specials back when Mike Richards was set to host the daily syndicated episodes, will remain in the role as planned, but also host some of the daily airings as well. As outlined above, Bialik’s schedule doesn’t allow for her to host Jeopardy! full-time, so when she isn’t available, Ken Jennings will host in her place.

Neither Bialik’s nor Jennings’ scandals have gone away of course but, on the flip side, both proved quite popular with the Jeopardy! audience during their respective guest-hosting stings. The backlash against them hasn’t been nearly as harsh as that against Richards’ scandals, and it wouldn’t be too surprising to see them fully blow over – at least when it comes to mass attention – before the end of the year. At the same time, Bialik isn’t able to host full-time, and after what happened with Richards, it’s likely that Jeopardy!‘s overlords at Sony Pictures Television don’t want to deal with another public row if they give Jennings the permanent gig. With LeVar Burton taking himself out of the running now too, it’s likely that the new permanent host may be someone who’s never hosted before.

After having Alex Trebek as a familiar, recurring figure on television for over 35 years, his successor was never going to be met with universal approval. Plainly, Jeopardy! took too long to choose his successor. There should have been a hosting contingency plan set for his passing, especially since he publicly announced his battle with stage IV pancreatic cancer in early 2019 and the executives likely knew about the situation beforehand. Additionally, Trebek was already set to retire likely after the end of his contract in 2022, meaning, either way, Jeopardy! would have to find a new host soon. Had Jeopardy! found someone with the flexibility to commit to signing on in 2022 or even earlier, much of the hosting mess could have been avoided.

It also may have been a smoother transition had Trebek had a say in who would replace him considering each possible successor would inevitably be compared to the legendary beloved host. In fact, Trebek said in a TMZ interview back in 2018 that his own choices to take over were 32-year-old NHL broadcaster Alex Faust and CNN legal analyst Laura Coates. Jeopardy! would still have to see if either even wanted the gig or were a good fit, but Alex’s blessing carries a lot of weight. Although Ken Jennings is seemingly out of the running for permanent host, some would love to see some other familiar Jeopardy! faces be considered for the role, particularly notable champions Buzzy Cohen or James Holzhauer. It’s possible that choosing right from the existing pool of beloved Jeopardy! contestants could make for the smoothest transition – it’s part of the reason why Jennings had the highest guest host ratings.

Apple's MacBook Air M1 is $150 off, plus the rest of the week's best tech deals | Engadget 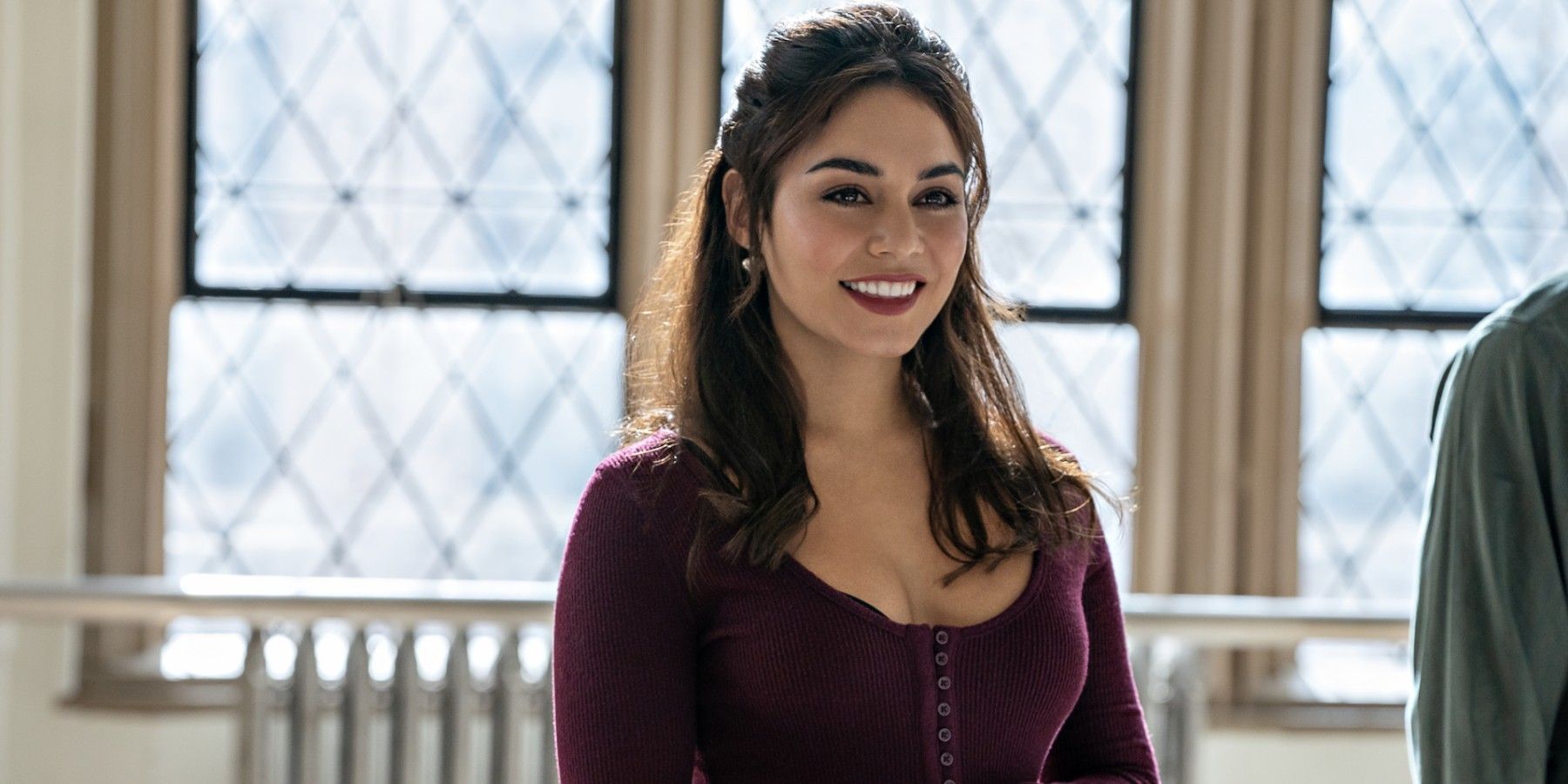 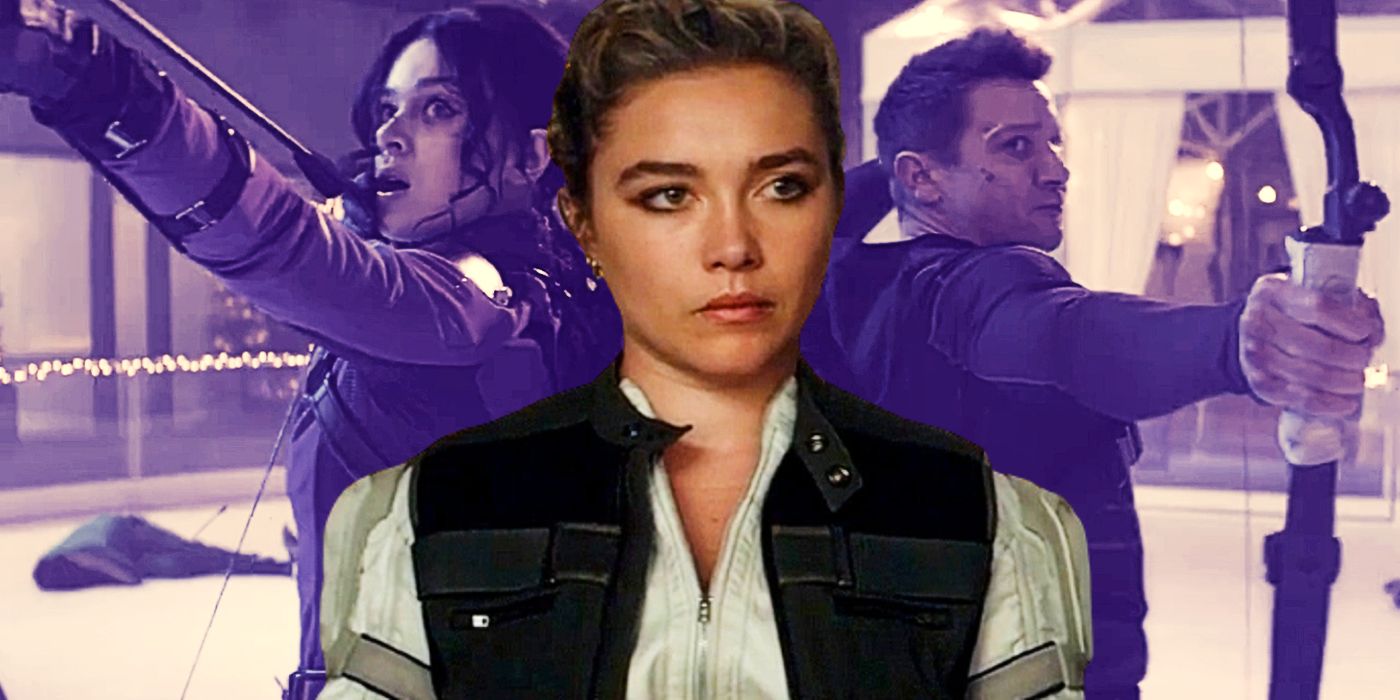