The Matrix Resurrections drops Neo and Trinity back into the simulation, and the trailer alludes to Trinity being a threat to the machines.

Could Trinity be as much of a threat to the Machines as the resurrected Neo in The Matrix Resurrections? After an eighteen-year-long hiatus, The Matrix franchise will continue with the series’ fourth installment, releasing both theatrically and on HBO Max like the rest of WB’s 2021 slate due to the ongoing pandemic. The marketing is keeping the franchise revival’s story ambiguous, certainly fitting for a series as cerebral as The Matrix, leaving the Resurrections trailer to be continuously dissected between now and the film’s debut on December 22.

With Neo (Keanu Reeves) and Trinity (Carrie-Anne Moss) having both died in The Matrix Revolutions, how the two return in Resurrections is just one of countless questions the fourth film raises. The trailer makes sure to keep a lid on that, with Neo meeting Trinity in a coffee shop. Though neither remembers the other, Neo seems to be back to the “splinter in your mind” stage of sensing something is wrong with his life, hinted at when Trinity asks if they know each other.

RELATED: Why Morpheus Has Been Recast For The Matrix Resurrections

Obviously, the Machines have wiped the memories of both Neo and Trinity before re-inserting them into the Matrix, but Trinity’s situation is just as curious as Neo’s. The fact that she’s made it back into the Matrix at all after the nature of her real-world death in Revolutions raises far more questions than Neo’s much more open-ended death. Moreover, the Machines might actually fear Trinity as much as they do Neo.

Recognizing that the two together were a formidable pair against Agents in the Matrix and had the capability to defy its programming (Neo more so as the One), the Machines could fear Trinity starting Neo’s re-awakening as she had done before in The Matrix. Neo’s trips to his therapist (played by Neil Patrick Harris in Resurrections) hint that he’s starting to catch on to something being off in the world, and when Neo and Trinity cross paths in the coffee shop, it appears to trigger an awakening of sorts. Meeting Trinity again could be what initiates Neo’s full discovery. The Machines seem to have gone to great lengths to keep them apart and not remembering each other, which ultimately fails when they bump into each other.

Trinity was already a formidable enemy to the Machines herself and held her own against Agents on multiple occasions, while also helping Neo make it to the Machine City in Revolutions. All on her own, Trinity is a human freedom fighter the Machines have good reason to fear — especially if she were to start freeing other minds from the seemingly redesigned Matrix again. Paired with Neo once more, the machines would have two of the most formidable humans they’ve ever dealt with back defying the rules of the simulation again. From the perspective of the Machines, Trinity is as formidable an enemy to them as Neo, and that could explain a lot about their apparent efforts to keep them apart and unaware of each in The Matrix Resurrections.

NEXT: The Matrix Resurrections Has Unique Sequel Challenges

Growing up, Brad developed an innate love of movies and storytelling, and was instantly enamored with the world of adventure while following the exploits of Indiana Jones, Japanese kaiju, and superheroes. Today, Brad channels his thoughts on all manner of movies, from comic book films, sci-fi thrillers, comedies, and everything in between through his writings on Screen Rant. Brad also offers philosophical musings on martial arts and the filmographies of everyone from Jackie Chan to Donnie Yen on Kung Fu Kingdom, where he’s also had the privilege of interviewing many of the world’s great stunt professionals, and hearing plenty of gripping stories on injuries incurred in their line of work and the intricacies of designing the acts of death defiance he first thrilled to as a youngster. When he’s not writing, Brad enjoys going on a ride with the latest action hit or Netflix original, though he’s also known to just pop in “The Room” from time to time. Follow Brad on Twitter @BradCurran. 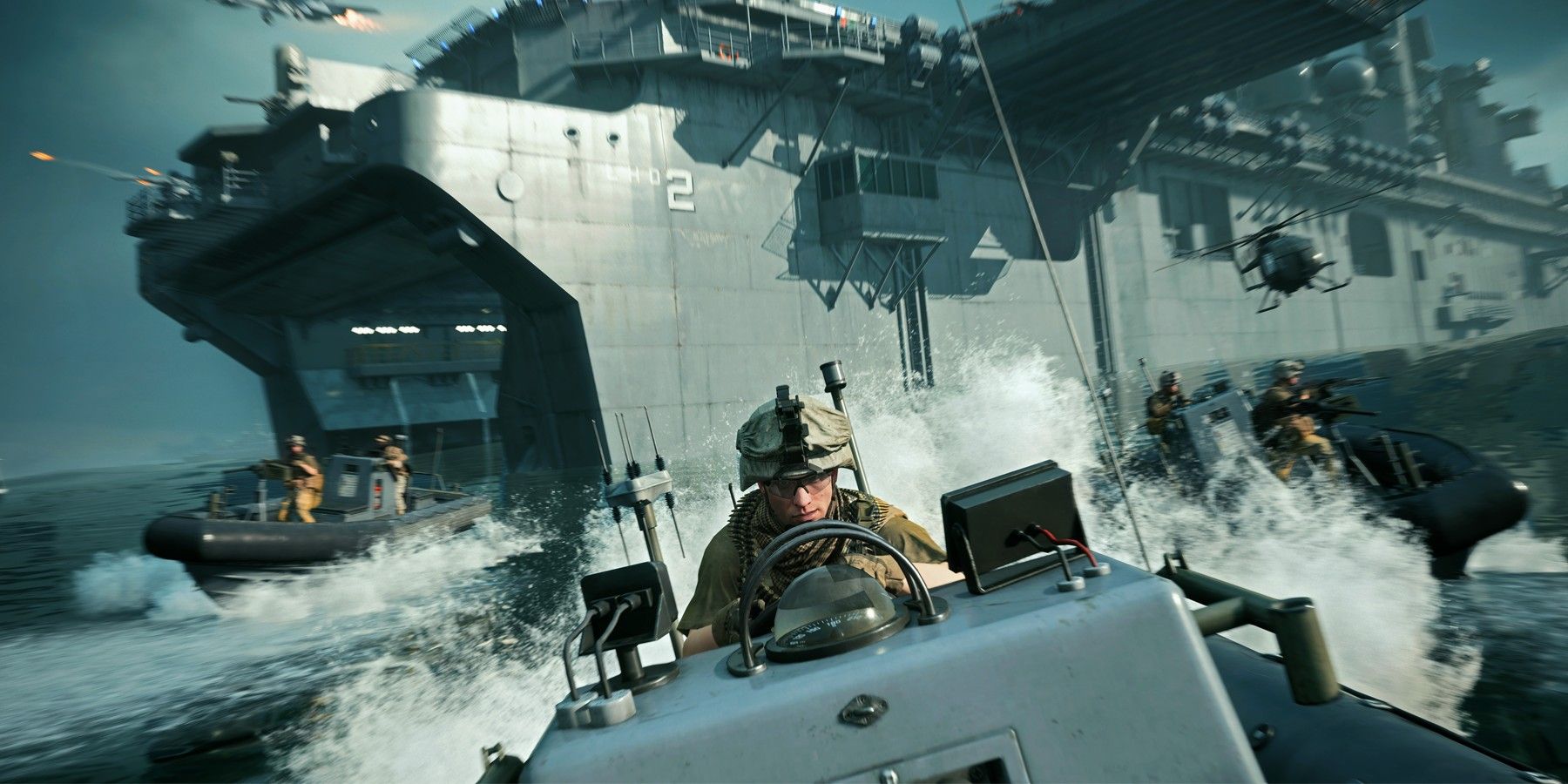 Why A Battlefield 2042 Comeback Is Already Pointless