With Netflix finally releasing season 3, Never Have I Ever fans saw the aftermath of the season 2 cliffhanger finale after Paxton officially went public with Devi. Though Devi and Paxton’s relationship didn’t last for much of the season, fans got some new brewing relationships, elevated storylines for supporting characters, and surprises regarding Devi’s latest endeavors.

Like the previous season, season 3 sees Devi go through some high highs (like walking into the halls of Sherman Oaks High as Paxton’s girlfriend) to some low lows (like her grief and mourning manifesting in new ways). With season 4 already confirmed as its last, it’s no surprise that season 3 left off on another major cliffhanger. And even if it didn’t, tons of little story threads have fans wanting more answers.

Are Devi And Ben Going To Be Official?

Devi and Ben didn’t have too many scenes together this season since they were both in relationships and busy with their own lives. However, after a few nice conversations and a sex pact, Devi ends up at Ben’s house to cash in on their pact as the season ends.

RELATED: One Quote From Each Never Have I Ever Main Character That Goes Against Their Personality

This isn’t the first time a season has ended with Devi and Ben together, but it is the most drastic of endings. While these two have always had romantic tension, fans are wondering if this time will really be it for these two.

What Has Aneesa Been Up To?

Aneesa was a new addition in season 2 who definitely shook things up. While her character started off strong this season, going through a breakup with Ben and starting something with Fabiola, she suddenly drifted into the background after that.

She was missing from several episodes, which was unusual considering she is now one of Devi’s best friends. With her being missing for most of the season, fans are curious about what she was up to. Although Aneesa was likely busy with soccer, there wasn’t an episode about her state championship game after winning the districts, which was a missed opportunity.

Is Paxton Really Leaving For ASU?

Paxton had one of the best character arcs in Never Have I Ever this season going from a certified heartbreaker to a sweetheart with actual college potential. It’s revealed in the penultimate episode that he is going to attend ASU in the fall.

While fans are excited about Paxton’s character development, many are worried that being at ASU will keep him from appearing regularly in the show. Perhaps, something will change his mind, and he’ll go to a college closer to home – considering he also got into Caltech.

Is Kamala In Love With Manish? 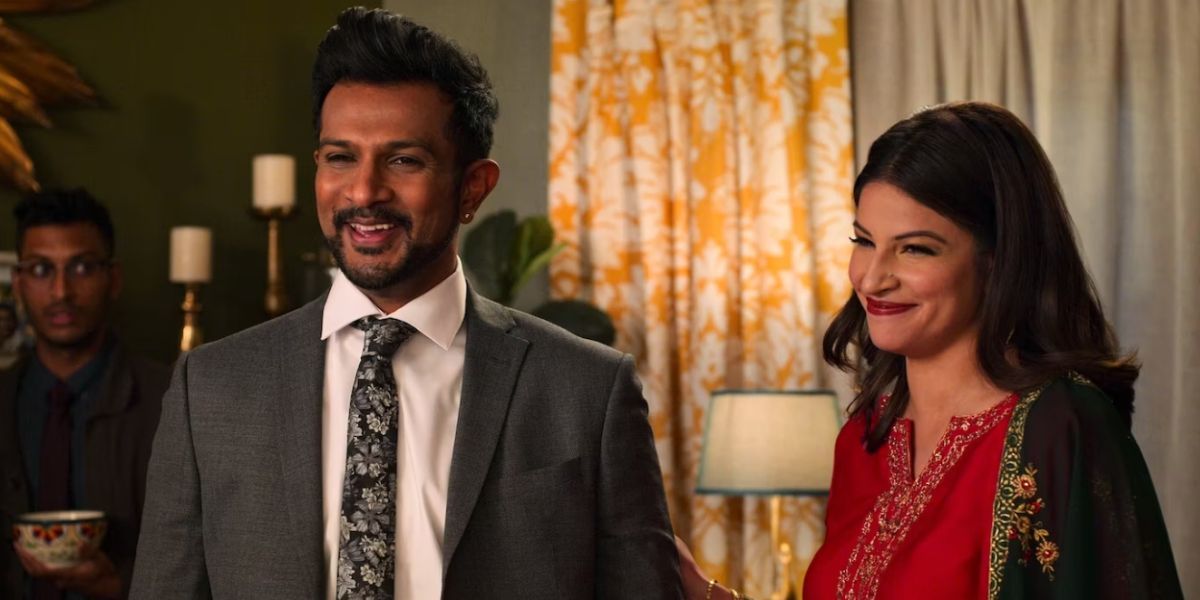 In addition to Devi’s antics, one thing that has always been consistent in Never Have I Ever is Kamala’s cold feet when her relationships get serious. This season, she was paired with Manish, Devi’s teacher, who Kamala met last season.

With her engagement called off and her grandmother’s eventual blessing, Kamala is finally allowed to have a relationship with someone she has chosen. Unfortunately, fans didn’t see much of their budding relationship – aside from family dinners and get-togethers – which has them speculating how serious these two are.

Is Des Going To Come Back?

Des is the newest face in Devi’s life, and like most people in her life, he turns her world into a rollercoaster. As a fellow Indian-American, Devi and Des bond on a deeper level and get approval to actually date, which makes him Devi’s first boyfriend her mom knows about.

RELATED: 10 Best Songs On Never Have I Ever

Unfortunately, things don’t work out, and Des disappears after breaking up with Devi. While he was definitely not the best boyfriend, fans still liked some parts about his character, which has them wondering if he’ll make an appearance in the final season.

Are Eleanor And Trent Going To Be Endgame?

Eleanor and Trent became the best couple in Never Have I Ever this season, surprising a majority of the fan base. Despite the fact that the two spend most of their time bickering, they manage to make their relationship work and end up supporting each other when they’re making less than ideal decisions.

While fans are invested in who is going to be Devi’s endgame, most fans also can’t ignore the prospect of Eleanor and Trent being the secondary endgame couple. With Trent needing to repeat senior year, he’ll definitely be spending more time with Eleanor than before, so it’s very much a possibility.

What Is Ben Going To Do About His Date With Margot? 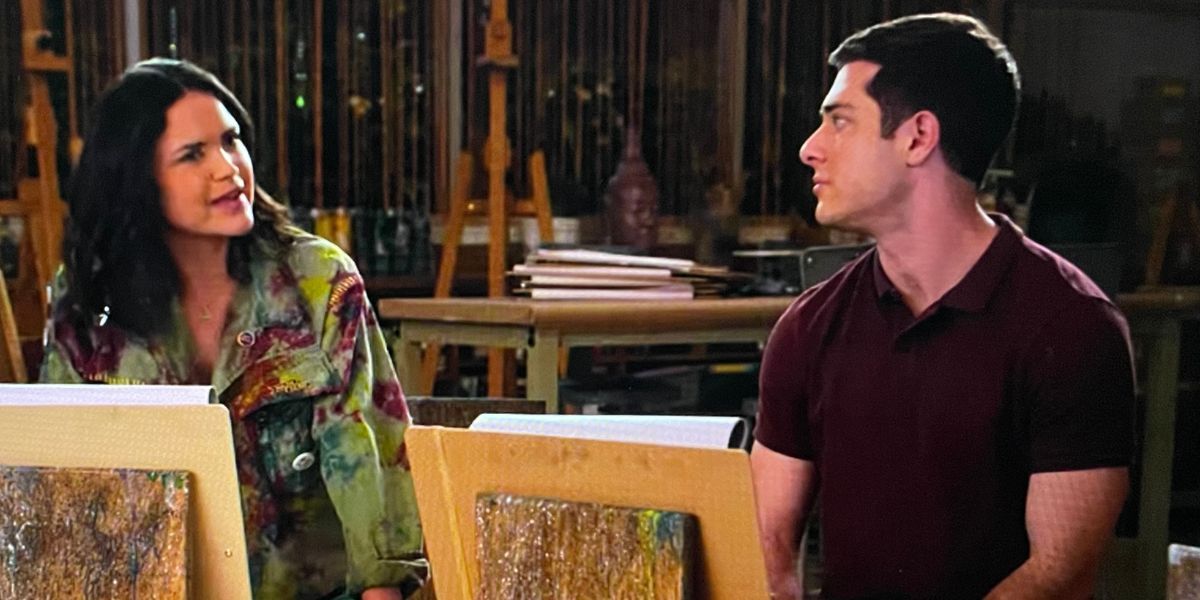 After spending most of the season single and dealing with his feelings for Devi, Ben decides to finally move on by asking his art tutor Margot out on a date. However, the season ends before the date happens.

RELATED: One Quote From Each Never Have I Ever Main Character That Perfectly Sums Up Their Personality

What further complicates the matter is that Ben allows Devi into his room and seemingly reignites their romance, despite having asked Margot out earlier in the day. With two girls on his reader, Ben is dealing with the same dilemma that Devi faced in season 2. Hopefully, he doesn’t pull a season 2 Devi and makes the worst mistake of trying to date them both.

Will Nalini Ever Find Some Real Friends?

After losing her husband and best friend, Nalini has struggled to make connections with adults her own age. As one of the funniest characters in Never Have I Ever, Nalini began to bond with Rhyah, another mother raising an Indian-American teenager while also working as a nutritionist.

Though they had their differences, it appeared these two were on the road to a great friendship until Rhyah insulted Devi. With the friendship ended, fans are curious if Nalini is ever going to find someone to talk to and have fun with who isn’t related to her. 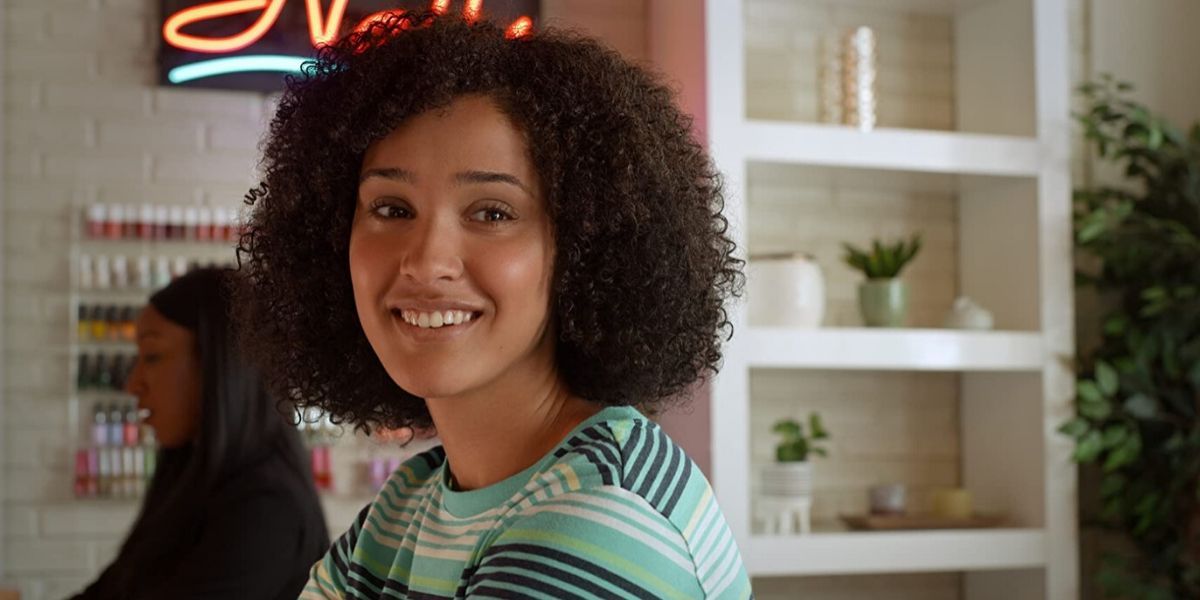 Devi wasn’t the only one jumping from relationship to relationship this season. Fabiola started the season off with Eve, who sadly moved away. She then started a secret relationship with Aneesa for a bit. However, when that fizzled out, Fabiola connected with Des’ friend Addison.

Season 3 ends with Fabiola talking about how she’s going to spend time with Addison, but she doesn’t clearly define the relationship. It leads to questions if Fabiola is officially dating Addison or if they’re still in the Gen-Z “talking” phase.

What Happened To Haley?

Haley was another new face, who joined the Never Have I Ever cast for a few episodes at the top of season 3. She’s introduced as Paxton’s best friend turned ex, who tries to warn Devi about his past. After clearing the air, Haley starts to hang out with Paxton more, which drives a wedge between Devi’s relationship with him.

However, after Devi’s breakup, Haley is never really mentioned again. She doesn’t even appear in any of the background shots throughout the rest of the show. This has fans pondering where she went and why it mattered to introduce her if she was going to disappear halfway through.

NEXT: The 10 Best Duos In Never Have I Ever