The lightsaber might be the coolest thing in Star Wars. The instant Luke Skywalker first lit up his father’s weapon for a more civilized age, the lightsaber has captivated fans around the world. As the saga has expanded into different mediums and different eras, the lightsaber has evolved as well. What was once an elegant weapon has become at times savage and even complicated.

RELATED: 10 Weapons That Are Probably Stronger Than Lightsabers

The best lightsabers reflect something about their wielders. Each Jedi or Sith invests something of themselves in their weapon, and that often translates into a unique design or form. Some of the best lightsabers are simple in design, while others are more complicated, and might even be impractical.

Updated on September 24th, 2021 by Darby Harn: While it’s been a little quiet in a galaxy far, far away in 2021, Star Wars: Visions has sent a jolt through fans with its vivid storytelling and animation. The series has also introduced some of the coolest new lightsabers, which surely rank among the best in the entire franchise. While considering these new designs, it’s worth revisiting the lightsabers from across the entire saga. From the prequels to the sequels, the lightsaber has been an essential tool of hero and villain alike, with the design often reflecting the personality of its owner.

The umbrella-style lightsaber wielded by the unnamed Sith in “The Duel,” the first episode of Star Wars: Visions, is one of the most elaborate in the entire saga. While it isn’t canon, the red lightsaber is extremely cool to see in action, building off of the idea of the double-bladed sabers that the Inquisitors would whip into energy cyclones in Star Wars: Rebels. Some might see it as impractical, and the saber doesn’t last long in the fight, but it’s an exciting new entry into the styles of lightsabers throughout the entire saga, canon or not.

The lightsaber used by Karre, one half of “The Twins” in the third episode of Star Wars: Visions, might be the most powerful ever seen in the franchise. The multicolored lightsaber burns through an entire Star Destroyer at hyperspace speeds, leading to one of the most dramatic visuals in the series and maybe the saga. Karre supercharges the lightsaber by using a fragment of a powerful Kyber crystal. The lightsaber is also strong enough to fend off the light whips and saber strikes of his sister’s red saber.

Mace Windu may not be the most likable Jedi in the galaxy, with his gruff exterior, but he is one the most powerful. That’s due in part to his unique lightsaber. The purple-bladed weapon is one of the coolest in the entire saga, singular in its hue and one of the few to go up against Darth Sidious. The hilt is also set apart from others in its use of gold, which bands the cylinder and emitter of the saber. The saber was lost in his deadly duel with Chancellor Palpatine but could have survived the drop and could still be out there to be found.

Ahsoka is one of the few Star Wars characters to use a number of different colored sabers. The blue variations she uses in the final episodes of the Clone Wars are among the coolest in the saga. While they’re similar in form to her previous green ones, they do feature some stylistic differences. The sabers are closer in style and shape to Anakin Skywalker’s lightsaber, especially in the color, which aligns her with her former master despite her leaving the Jedi Order. In her hands, the sabers were powerful enough to defeat Darth Maul on Mandalore.

Though Rey Skywalker’s yellow lightsaber only gets a brief moment in the spotlight, it’s one of the coolest weapons in the entire saga. The yellow saber is unique in the movies, with no other on-screen character using this color. The saber hints that it could potentially deploy other colors as well.

When she activates the lightsaber outside the former Lars family farm on Tatooine, other colors are seen shining through the emitter shroud, which seems to be built out of her former staff.

The Dark Side Rey fans see in The Rise of Skywalker may have only been a vision, but she remains a haunting and compelling figure. So does her unique lightsaber. Dark Side Rey brandished a double-bladed weapon similar to Darth Maul’s though hers appeared to be longer and also folded up. The switchblade aspect of this saber actually recalled the design of the Jedi General Pong Krell, the Jedi who fell to the Dark Side in one of the very best runs of episodes from the Clone Wars animated series.

Kylo Ren’s unique lightsaber got some criticism when it debuted in the iconic first trailer for The Force Awakens. Some fans objected to the logic of his lightsaber projecting the guard blades, saying it was impractical and unsafe. It might have been both, but it was also awesome and has since inspired lightsabers in the High Republic era explored in comics and novels. Kylo’s overcharged blade crackled with intensity, while at the same time recalling the broad swords of the knights of Medieval times on Earth.

Qui-Gon Jinn wasted little time in unleashing his lightsaber in the opening sequence of The Phantom Menace. The venerable Jedi Master wielded a green blade with a unique hilt unlike any that had been seen before in the saga. His grip consisted of a black, almost grooved rubber piece of material encased in a silver sheath. Like most Jedi lightsabers of the era, it featured a red activation button and a notch on the backside for easy attachment to his belt. Obi-Wan took up the saber after Qui-Gon’s death, though it hasn’t been seen since.

The darksaber is one of the most enigmatic and well-traveled weapons in the entire Star Wars saga. Though many characters have wielded the saber in Star Wars, many causal fans likely first encountered it in the hands of Moff Gideon at the end of the fantastic first season of The Mandalorian, but it had made several appearances before in animated series. The darksaber first appeared in Clone Wars, in the hands of Pre Vizla, leader of Death Watch. He detailed its long history in the ancient wars between the Mandalorians and Jedi, which was also teased in the trailer for the second season of The Mandalorian.

In the prequel movies, lightsaber designs began to become more and more unique. Perhaps none was more so than the blade of Count Dooku. Dooku fought with a very rare curved hilt lightsaber, reflecting his more ostentatious background as royalty on the planet Serenno.

RELATED: 10 Things That Make No Sense About Count Dooku

Dooku’s weapon takes some cues from the curved swords in history, such as scimitars. Dooku’s elegance and impeccable taste did not help him in his final battle against Anakin Skywalker, though.

Ahsoka Tano has had a few different lightsabers over the years. All of them are unique and cool, but the best might be her white blades from her time in Star Wars Rebels. Ahsoka’s white lightsabers also featured curved hilts, which is perhaps an intriguing nod to Count Dooku, who also walked away from the Jedi Order just as she did. Ahsoka’s post-Jedi life would be far nobler, though. Ahsoka brought these twin blades to bear against numerous opponents, including Darth Vader, in one of the most epic duels of the franchise.

The classic Anakin Skywalker lightsaber is the only one to feature in all three trilogies. Though its presence in the sequels is never explained (it was thought destroyed in The Empire Strikes Back) it nonetheless creates a bridge between Anakin, Luke, and Rey Skywalker. The original blue lightsaber featured a square activator switch and a black ribbed handle (Darth Vader’s red lightsaber is essentially the same, except for a black emitter shroud and other small cosmetic changes). The lightsaber prop was originally built out of Graflex flashgun tubes, a big metal part of early cameras.

Obi-Wan Kenobi has two amazing lightsabers in the Star Wars saga, but his prequel-era weapon is the best. The design of his first weapon is easily one of the most unique of the prequels and entire franchise, full of fantastic design elements like the knobbed pommel, singular to his saber.

It features the same black slatted look inside a metal sheath as Qui-Gon’s, though with much more embellishment. Obi-Wan defeats Darth Maul with this saber or at least halfway does, at the end of another epic duel. It would be far from their last meeting, however.

Darth Maul established the prequels as being a very different era indeed with his double-bladed lightsaber. This very impressive and difficult-to-wield weapon created havoc for the Jedi in The Phantom Menace. Maul whirled it around like a helicopter blade, and easily held off Qui-Gon and Obi-Wan until he got the one-on-one matches he wanted. Obi-Wan ultimately overcame Maul’s advantage by striking at its one weak spot – the long, exposed hilt. Maul would return to the concept again and again, though.

The best lightsaber in the saga belongs to its greatest Jedi. Luke Skywalker lost his father’s weapon – seemingly – but constructed a new one. The second saber is based on the design of Obi-Wan Kenobi,’s second lightsaber which lends it an immediate quality of nobility. It also features a green blade, which at the time was an entirely new innovation. Green lightsabers would go on to become generally synonymous with Jedi masters, though wisdom would not always follow those who carried one, as Luke discovered to his regret in the training of Kylo Ren.

NEXT: 10 Things About Luke Skywalker That Everyone Forgets About

DARBY HARN is the author of the novels Ever The Hero, The Judgment Of Valene, and A Country Of Eternal Light. His short fiction appears in Strange Horizons, Interzone, Shimmer, and other venues. 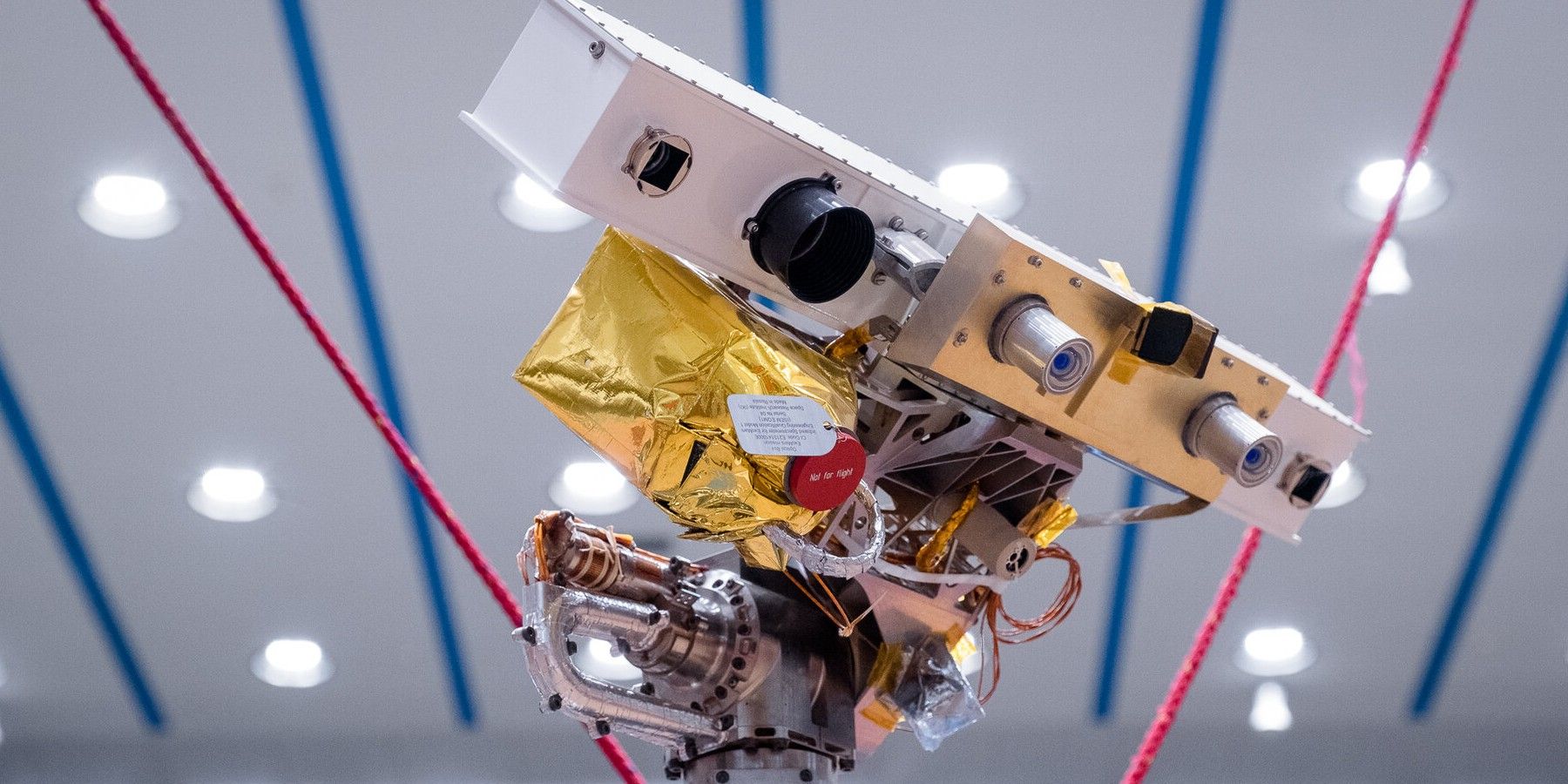 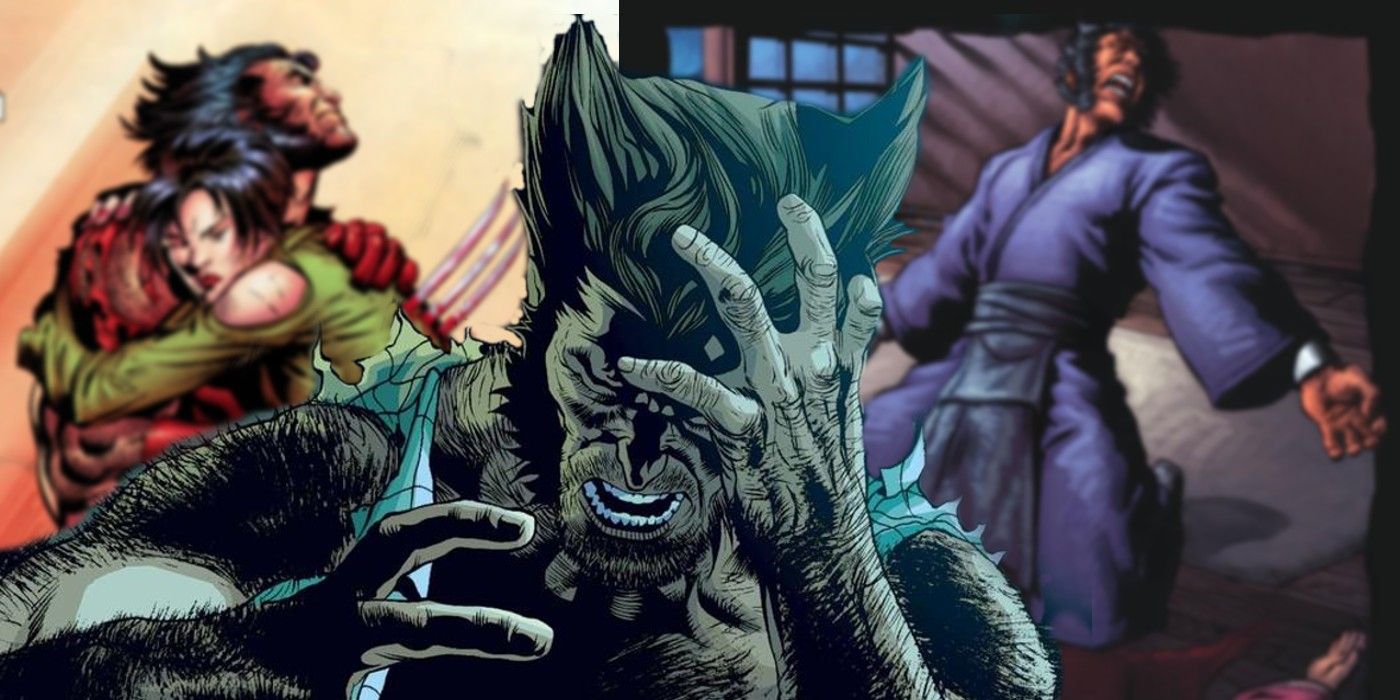