High School Musical is one of the most popular musical franchises to ever exist. It brought a love of music to a generation and changed how people viewed Disney-made-for-television movies. What made High School Musical so special was its elite cast that came from all different backgrounds and personalities. No two are alike and ‘we should accept everyone into the fold’ was the premise of the movies.

As far as zodiac signs are concerned, there is an array of characters from the movies fans can relate to based on their zodiac. Each sign is well represented for fans to find one they identify with.

Updated on August 1st, 2022 by Amanda Bruce: Since its 2006 premiere on the Disney Channel, High School Musical has become a juggernaut in the entertainment industry. Adults and kids alike enjoy the trilogy so much that its popularity birthed a spinoff series for Disney Plus. The mockumentary takes a more meta approach to musicals than the original movies did, but it proves the staying power of the franchise and just how much people connect with the characters and enjoy the performances.

If someone is an Aries protagonist, they are typically quite adventurous and outgoing. Aries always seek a challenge and nothing seems too difficult to overcome. They are courageous in how they live life, and if an Aries feels fear they don’t often show it.

RELATED: The Worst Thing Each High School Musical Character Ever Did

Troy Bolton was the typical jock that is found in every high school. He lived and breathed basketball, which was also something he excelled at. He also pioneered a trail for future generations who are inspired by music to not be ashamed of who they are and sing from the highest rooftops.

Tauruses are known for not just their spunk but their ability to consistently be relied upon. They have big dreams but are patient and never in a hurry to rush their life goals. However, just because they are patient doesn’t make them not persistent. In fact, they persistently strive forward no matter what mountain is in their way.

Martha Cox might not have been the most popular girl in school but she was probably one of the smartest and most ambitious ones. Her love of dancing is what sets her apart from others even while she still maintains her positions in the academic clubs.

Geminis are known for their witty sense of humor even in dark situations. They never get too hard on themselves, but that doesn’t mean they breeze through life either. They consistently make goals for themselves and constantly update themselves on their current progress.

Chad Danforth isn’t your typical jock in that he uses his voice and shirts to bring attention to social and environmental causes that are important to him. He doesn’t sit around and wait for problems to be solved. Instead, he takes action and presents himself as a valuable and important role model for others. Despite his initial resistance to the changes in the status quo, Chad proves himself capable of adapting to a new life involving his friends loving musical theater.

If one falls under the Cancer zodiac sign, they can likely relate to Kelsi. They probably have a compassionate and friendly disposition. One that always puts others before themselves and strives to make the world a better place with one good deed at a time. Cancers are usually protective of their hearts, but will open up to the right person. Having this zodiac sign as a friend means you will always have a shoulder to cry on.

Kelsi is a very smart and crafty individual who has a musical talent that opens up a world of possibilities for her in the future. Her empathy means that she’s more than willing to share songs with Troy and Gabriella that Sharpay doesn’t want them to see, and that she wants to find a place for everyone in every musical.

Leos are known to listen to their hearts rather than to the crowd around them. They know what they want and are not afraid to follow their dreams to the ends of the earth if it means successfully fulfilling them. Warm-hearted Leos usually have an understanding nature when it comes to those they care about and will accept them for who they are, instead of what they want them to be.

Though she doesn’t appear often in the movies, Lucille Bolton is a strong presence in her son’s life as she won’t let anything stand in the way of her son’s happiness.

Virgo is often considered the sign of mom friends everywhere. Virgos are the planners of the zodiac, the ones who try to take care of everything and everyone around them. They have a clear vision they want to execute, just as Ms. Darbus does with her musicals.

Though Ms. Darbus often leaves the actual songwriting up to her students, and even some of the decisions about her design, she’s more than willing to step in and redirect them toward her vision when necessary. She wants to foster their growth and creativity, even becoming something of a surprising mentor to Troy over the course of the movies.

All of a Libra’s energy is proactively used to further their goals and ambitions, making them ideal candidates when it comes to leadership positions of any kind, whether it is in a group of friends or a club. Libras naturally try to find the middle ground in arguments which places them never too far from the social and political center. Though that doesn’t mean that Libra’s do not have strong opinions, they do, it is just they prefer more diplomatic solutions to problems.

RELATED: 10 Teen Movie Couples From The 2000s Audiences Fell In Love With

Taylor McKessie is driven for success, joining and running as many school clubs as she can. While she’s clearly the boss in many situations, Taylor is also open to compromising with others, even working with Chad in the first movie when she still doesn’t trust the basketball team.

Scorpios have a way of getting what they want when they want it. Like Libras, they are driven, but unlike Libras, they are not above pulling the rug out from under their competition if given the opportunity. Once they have a goal, nothing gets in their way. This trait makes them strong allies and fearsome enemies. Though, their passion for achieving their goals can be used in a more positive way, especially in sports competitions.

Sharpay Evans hates competition unless she is clearly defined as the winner. She is ruthless, popular, and capable of destroying all who get in her way. Sharpay also demonstrates multiple times in the franchise, however, that as much as she loves to scheme and win, she also has a heart and doesn’t actually want to hurt the people who get in her way; she just wants to come out on top.

Ophiuchus isn’t an officially recognized zodiac sign, but many zodiac enthusiasts like to imagine what zodiac charts would look like if it was included. Falling between Scorpio and Sagittarius in the birth order, it has traits similar to both. Ophiuchus is often goal-oriented, much like a Scorpio. They aren’t quite as focused as a Scorpio, however, having that adventurous spirit of a Sagittarius, and being a little more willing to go with the flow.

That bridge between signs is very much in line with Jimmie Zara, a newcomer in High School Musical 3. He idolizes the older basketball students, but he also wants to make an impression on his crush, and decides to use the school musical to do it. It doesn’t go exactly the way he plans, but he rolls with it, donning a costume and performing a number as an understudy, entertaining the crowd.

Most of those who fall under the banner of a Sagittarius zodiac sign are without a care in the world. This might seem like a lackadaisical way of living to other signs but to a Sagittarius, they are comfortable enough in their own shoes to live how they want. Another trait of a Sagittarius is they are cunning, wise, and always optimistic about their future. They also love to learn and teach others what they know.

Gabriella Montez is driven but never to the point of hurting others. She might not always want to be seen as the “freaky genius girl,” as she labels herself in the first movie, but she’s comfortable in her intelligence and in pursuing all of her interests. She is heroic and laid back, making her one of the more popular characters in the franchise.

Those who were born under the zodiac sign of a Capricorn are logical beings who deal with the reality of what is, instead of dreaming of what could be. Capricorns are confident in their own abilities as they always strive to be the best at whatever they are competing in. With that said, losing isn’t the end of the world as they can laugh off a loss, pick themselves up, and try again. They look at loss as a learning opportunity.

Ryan Evans is a very talented person who, while submissive to his sister, still finds ways to accomplish his own dreams and aspirations. When he decides to do something, he is all in, whether that’s making his sister’s routines perfect, or choreographing an entire show for his classmates.

It isn’t shocking to find an Aquarius doing work or acts that benefit others. Those born under this zodiac sign have kind hearts who want to spend their lives leaving their mark on the world, not through accomplishments, but through good deeds. They are not self-centered but instead self-aware as they understand their faults and seek to overcome them.

Zeke Baylor might not be the star of the basketball team nor will he ever be considered a leader, but he knows how to bring out the best in others through encouragement and commitment. He’s one of the few to initially support Troy’s interest in music as he has his own interest in baking. Zeke’s willingness to be himself definitely makes him a High School Musical fan favorite.

What can’t a Pisces do? They are one of the more creative of the zodiac signs, always finding new, creative ways to accomplish their dreams. Sometimes, they can get lost in those dreams as they focus more on what they want instead of the reality of their situation, which is what happens to Tiara in High School Musical 3.

Tiara proved to be the perfect understudy to Sharpay, learning all her tricks and schemes so that she could use them against her. Sadly, there can only be one queen in the drama department, and Tiara’s dreams come crashing down as soon as Sharpay discovers just what her understudy is really up to.

NEXT: Glee vs High School Musical – Which Was Better

Brett Hoover is a graduate of Texas Tech University and the author of the childrens’ book series The Doodleburghs. He is a freelance writer for Screen Rant and CBR. He also is a co-host on his own YouTube channel Rants R Us. 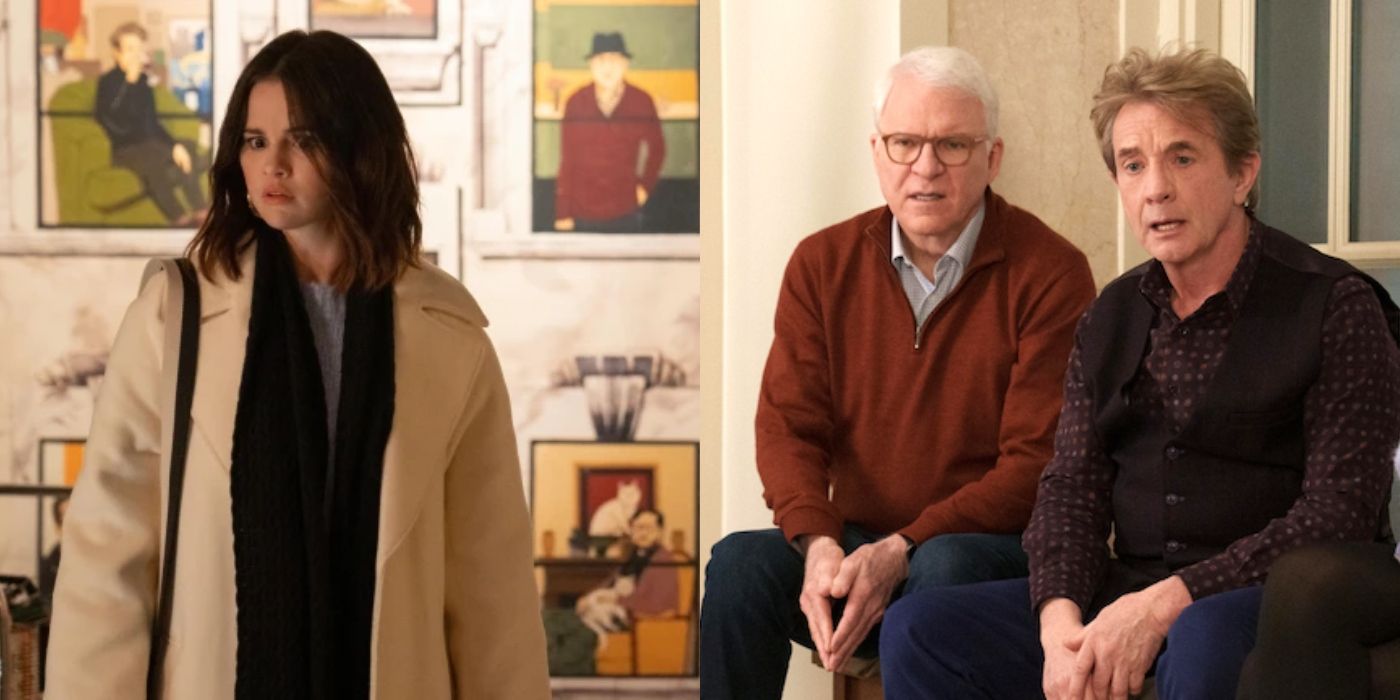 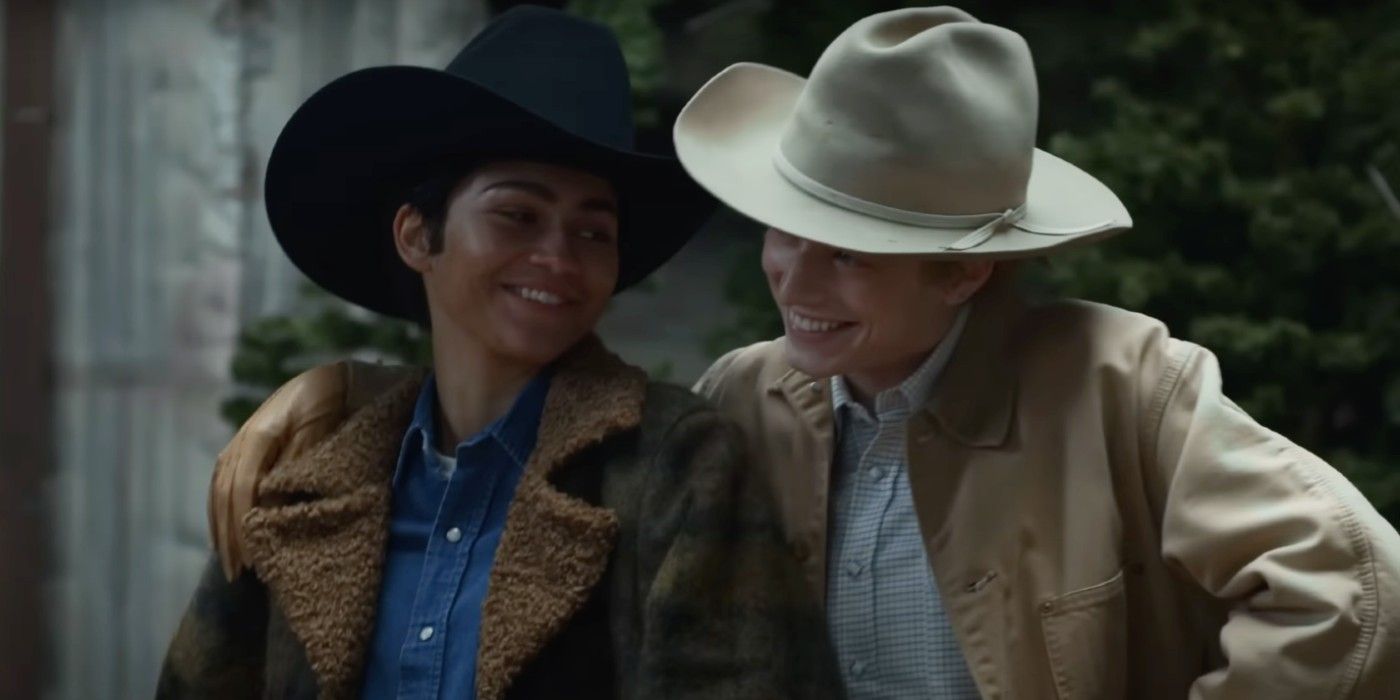