“We all have a part to play, sweet boy.” Netflix has launched three new short films streaming this week, along with this trailer to bring attention to them. The Netflix Emerging Filmmaker Initiative (“EFI”) is an annual program created to cultivate and accelerate the careers of the next wave of marquee filmmakers working in high-demand genres like sci-fi, action, horror and thriller. This year, three breakout filmmakers were chosen to direct ambitious genre short films that the EFI would develop, fund, produce and distribute: Hebru Brantley’s Erax, Ashley Eakin’s Forgive Us Our Trespasses, and Marielle Woods’ Heart Shot. You can get a look at all three below. “Through the initiative, these filmmakers will gain priceless access to the film studio ecosystem early in their careers and receive hands-on experience in development, casting, production, scoring, editing and more. We’ll also pair each filmmaker with an experienced director mentor. Directors Ron Howard and Barry Sonnenfeld offered invaluable guidance to this year’s filmmakers.” Enjoy.

Here’s the trailer (+ artwork) for the EFI’s 3 Short Films by New Directors, from Netflix’s YouTube: 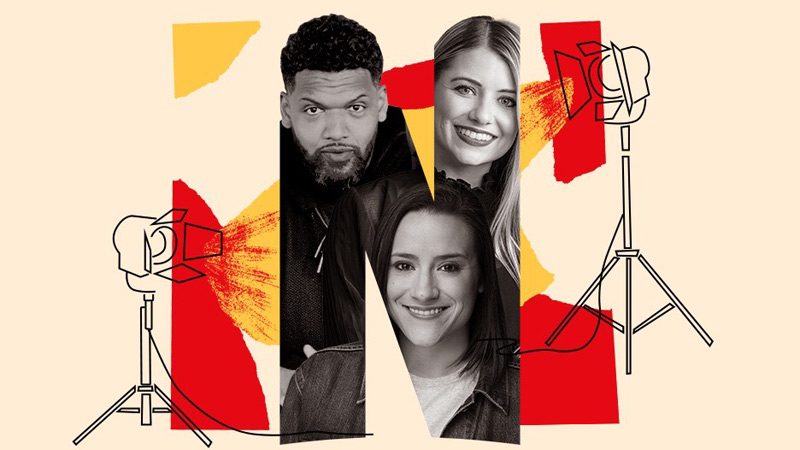 Details on all three films to follow. Synopsis for Erax, directed by Hebru Brantley: “During a sleepover, Auntie Opal and her niece Nina accidentally release the mythical and dangerous Erax creatures that must be returned to the storybook from which they escaped.” Synopsis for Forgive Us Our Trespasses, directed by Ashley Eakin: “In 1939 Germany, a disabled farm boy is pursued by Nazi soldiers after Hitler enacts Aktion T4; a program to euthanize people with disabilities.” Synopsis for romance Heart Shot, directed by Marielle Woods: “High school seniors Nikki and Samantha are in love and planning their future — until Nikki’s violent past comes back to threaten everything she holds dear.” Producers for the films include Eric Phillips, Jeremy Kipp Walker, Claire Brooks, Aaron Barnett, and Miranda Guzman. “The Netflix Emerging Filmmaker Initiative (EFI) is an annual program created to cultivate and accelerate the careers of the next wave of marquee filmmakers working in high-demand genres like sci-fi, action, horror and thriller.” Netflix has debuted all three of these short films streaming as of February 17th, 2022 – you can watch them now.

Newsom's waning voter approval might've given the GOP a shot. But they blew it in the recall