Kathryn Dennis seems to be moving on from her relationship with Chleb Ravenell.

As fans got to know her now-ex-boyfriend on Thursday night’s episode of the eighth season of Southern Charm, Kathryn sparked rumors of an all-new romance as she enjoyed a night out with friends in Nashville, Tennessee, and posed with a man who just might be a new love interest.

“Caught feelings, now im catchin flights,” Kathryn wrote in the caption of an Instagram photo shared on June 30, which featured the reality star and mother of two posing on her tippy-toes in a red and pink cutout dress.

Hours after Kathryn teased a new relationship, the Best of Bravo on Instagram, who was enjoying a night out at the same venue as Kathryn on Thursday and posed for a photo with her, re-shared an image posted by a realtor, who had declared that Kathryn had a new man in her life.

Along with a photo Kathryn and a man in a black T-shirt and backwards baseball cap, the realtor had written, “new boo alert.” 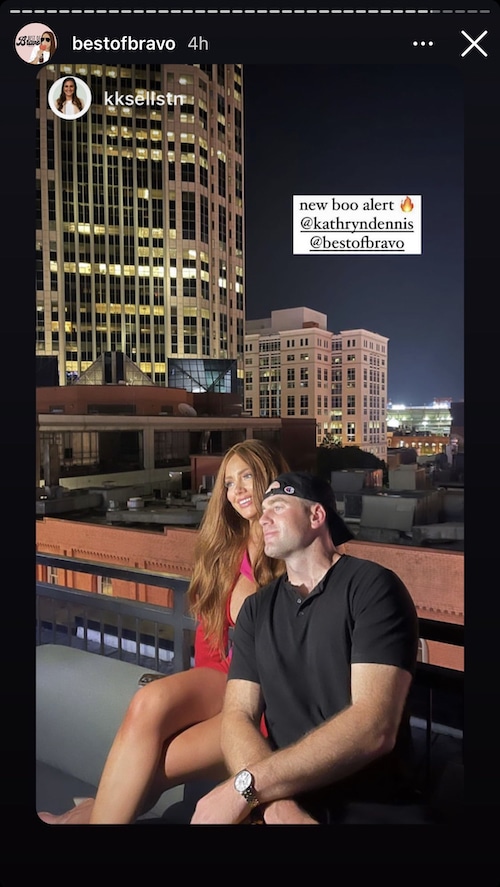 Kathryn and Chleb went public with their relationship in July 2020 and confirmed they were moving in together in April of the following year. Then, just over six months after deciding to co-habitate, the couple called it quits.

“[Kathryn] broke up with him, and they are no longer living together,” a source confirmed to Us Weekly in November 2021. “There is no bad ill-will between them.”

Instead, the insider claimed, it was Kathryn’s desire to “get married” and “have more kids.”

“Her future husband would have to be this amazing stepfather to her children and be someone who would make a serious commitment to her, and [Chleb] just wasn’t that,” the source explained. “They weren’t meant to be and even friends of hers picked up on it. She has so much love in her life as is with her little kiddos.”

Selling The OC: We’ve got all the details, from the release date and cast to the plot and dramatic new trailer