“Il grande ritorno del maestro!” Wait, you’re telling me Dario Argento made another new film?! Yes he did! And it’s probably not going to be any good, but here we go anyway. Argento’s latest is Dark Glasses, also known as Black Glasses, another new mystery thriller horror with all his usual blood and violence. It’s the first film he has made since Dracula 3D in 2012, which pretty much no one saw anyway. Dark Glasses is premiering first at the 2022 Berlin Film Festival this month, then it will open in Italy at the end of February. Diana, a young woman who lost her sight, finds a guide in a Chinese boy named Chin. Together they will track down a dangerous killer through the darkness of Italy. The cat includes Ilenia Pastorelli as Diana, Andrea Zhang as Chin, with Asia Argento (of course), Andrea Gherpelli, Mario Pirrello, and Maria Rosaria Russo. I’ve got a feeling this is going to be really bad, but who knows. He once was a master, but has lost his touch. This is an Italian teaser trailer with only 20 seconds of footage – but it’s a good first look. 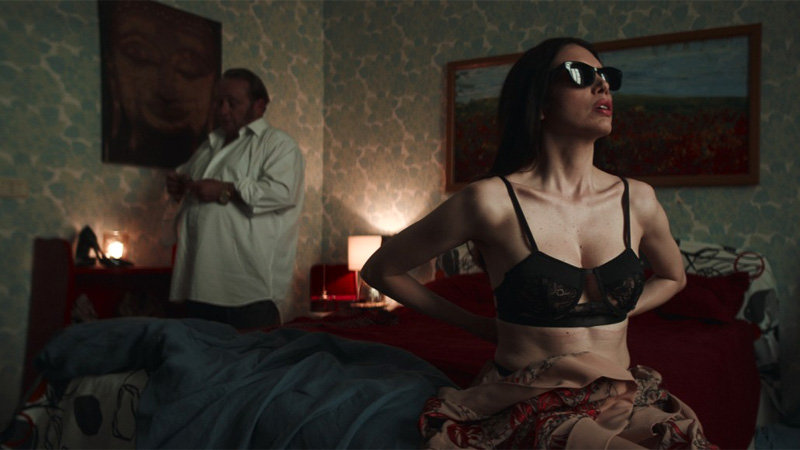 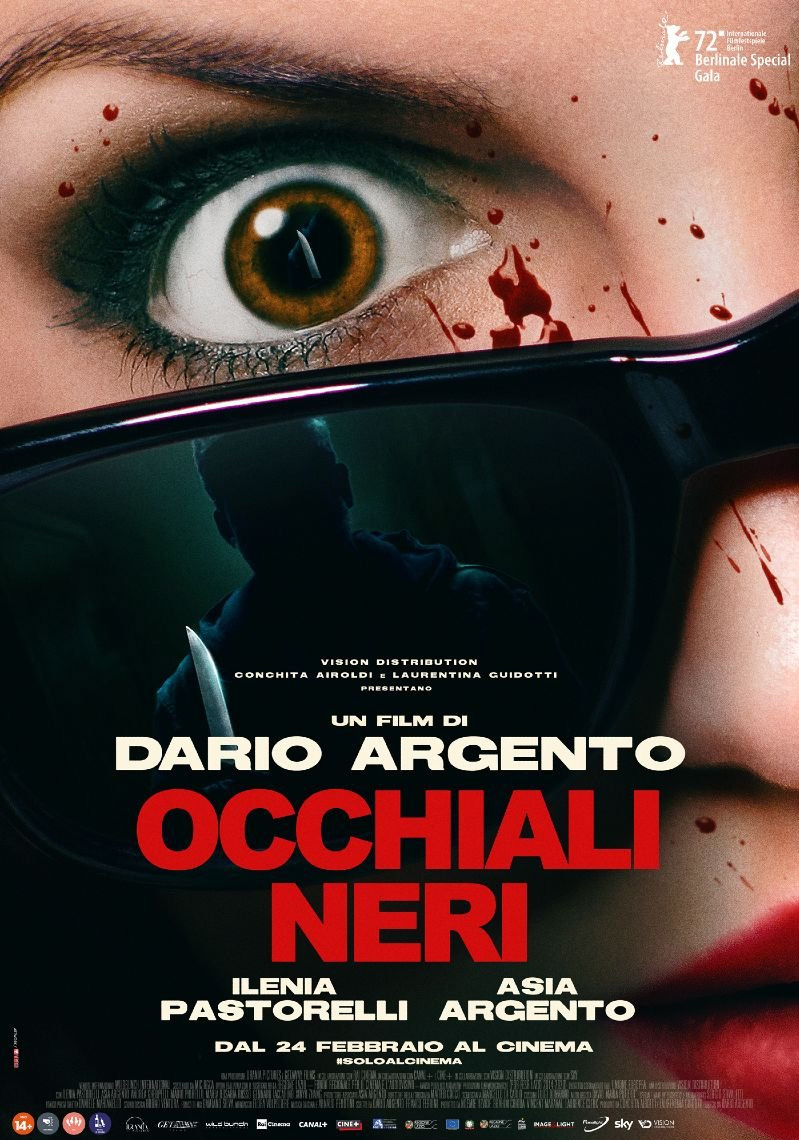 Via Berlinale: “In an almost deserted, summery Rome in the midst of a hypnotic solar eclipse, a mysterious serial killer starts targeting high-end prostitutes. Diana is one of them. In a desperate attempt to escape him, she becomes the victim of a serious car accident that leaves her blind. After rehabilitation, Diana learns that the only other survivor of the crash is a now-orphaned child of Chinese descent named Chin, and she decides to take care of him. Coming from different cultural backgrounds, the two connect via a special bond that allows them to defend themselves from the serial killer’s thirst for revenge.” Dark Glasses, also known as Black Glasses or Occhiali Neri, is directed by iconic Italian genre filmmaker Dario Argento, his first film in 10 years, director of classics including The Cat o’ Nine Tails, Deep Red, Suspiria, Inferno, Tenebrae, Trauma, Sleepless, The Card Player, Giallo, and many other films. The screenplay is by Dario Argento and Franco Ferrini. This will be premiering at the 2022 Berlin Film Festival this month. It opens in Italy at the end of February, but no other release dates have been set yet – stay tuned. First impression? Who’s curious?

Microsoft could be planning a rather pricey cybersecurity upgrade