Bank of America reported third-quarter earnings Thursday that blew past analyst expectations, with a rise in profit driven by record advisory fees and a strong performance from its investment banking business.

The US lender released $1.1 billion in reserves and booked an income tax benefit of $624 million, which helped lift its results.

Also playing a part was BofA global banking’s 23% rise in investment banking fees to a near-record $2.2 billion, as advisory fees shot up 65% to a record high of $654 million.

Here are the key numbers:

Those figures compare with earnings of $9.2 billion and $1.03 per share in the previous quarter for the bank, which counts Warren Buffett’s Berkshire Hathaway as its largest shareholder with a 12% stake. It earned $4.9 billion and $0.51 per share in the same period last year, during the coronavirus restrictions.

Big bank earnings are scrutinized for any indications as to the health of the US economy as it continues to reopen after pandemic restrictions.

“We reported strong results as the economy continued to improve and our businesses regained the organic customer
growth momentum we saw before the pandemic,” CEO Brian Moynihan said in the earnings release.

“Deposit growth was strong and loan balances increased for the second consecutive quarter, leading to an improvement in net interest income even as interest rates remained low,” he added.

The lender’s revenue for the third quarter rose 12% to $22.8 billion from $20.3 billion a year ago, as a result of stronger revenue from investment banking, and sales and trading. Analysts had expected $21.7 billion in revenue.

Revenue in its global wealth and investment management rose 17% to $5.3 billion, driven by higher asset-management fees, and growth in loans and deposits.

The global markets business relatively underperformed, posting a 4% decline in revenue to $4.5 billion.

Ahead of the earnings release, Wall Street expected the lender’s loan growth to improve from a weaker first half of the year. The bank’s net interest income rose 10% to $11.1 billion, beating a StreetAccount estimate of $10.6 billion.

Bank of America’s key consumer-banking segment posted a 10% jump in revenue to $8.8 billion, and a slight increase in net income from last quarter.

Read More: Big-name investors are navigating the China Evergrande crisis right now by turning to these 8 experts from firms like Muddy Waters and BCA Research

'I Am Samuel': CNN speaks with director of documentary banned in Kenya - CNN Video 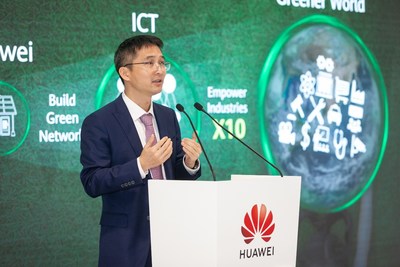