Cisco is facing a rising tide of competition from all sides – and going on a buying spree may be its best defense.

The enterprise-tech giant remains dominant in its core market of computer networking equipment for corporations, is a top supplier in areas like security and videoconferencing/collaboration, and is now charging for its software on a subscription basis.

But cloud computing, where companies rent services from others’ data centers instead of building their own, is a major threat to Cisco and it’s facing a growing field of competitors in nearly all of the markets in which it operates.

Rising threats like Cloudflare and Palo Alto Networks are heavyweight competitors in both network infrastructure and security, while classic competitors like Arista and Juniper Networks remain popular choices with the cloud and telecom service providers.

Cisco has always been big on acquisitions to fill its technology gaps and CEO Chuck Robbins says this will remain a key strategy. In an August 2020 earnings call Robbins named cloud security, collaboration, and enterprise automation as targets. In May he told investors that subscription software is also a big focus, to generate more recurring revenue for the company.

“We have seen, just over the last few years, continued acceleration in our software business. Every acquisition we do, that’s the business model,” Robbins said.

In interviews with Insider, analysts named the companies Cisco could acquire next to bolster its business and stave off competitors. Several are smaller startups in line with recent Cisco purchases, while others are long shot, expensive deals that would cost tens of billions. A Cisco spokesperson declined to comment.

Guardicore, an Israeli startup that’s raised an estimated $100 million from investors including Cisco itself, helps companies protect their cloud and data centers against ransomware attacks.

It uses segmentation, tech that makes it harder to take over an entire network and is increasingly replacing the traditional firewalls that have long been a Cisco offering. So buying Guardicore could help boost Cisco’s cloud security offerings.

“What’s leading the charge within the Cisco security business is not necessarily the firewall side anymore,” said Jim Fish, director and senior research analyst at Piper Sandler.

Ayla Networks offers a platform that lets companies keep track of internet-connected devices across their networks.

It’s business spans both hardware and software-as-a-service, which could make it an appealing acquisition target for Cisco’s growing IoT aspirations, anchored by its $1.4 billion acquisition of Jasper Networks in 2016.

Ayla has raised an estimated total of $141 million from investors including Cisco, according to Pitchbook, and its last estimated valuation was $270 million in 2017.

With its cloud-based platform that lets IT teams monitor and respond to issues with their networks, PagerDuty strings together both IT operations and cybersecurity.

It’s the type of service that fits right into Cisco’s recently acquired security, operations, and analytics firms. And PagerDuty, at a $3.5 billion market cap, could even provide the tech that helps Cisco stitch many of these offerings together.

Cisco is “cobbling together a lot of things that they’re acquiring,” said Alex Henderson, a senior analyst at Needham. “Having a single platform integrated across all of the functionality matters.”

Cisco is pushing into the collaboration and work-from-anywhere market following the success of its Webex video conferencing software amid the pandemic.

Buying Box, with a current market cap of $3.6 billion, could be a logical next step as it continues that push, given the firm’s focus on enterprise-grade cloud sharing tools.

But Box may be a tougher acquisition target than it once appeared — while the company was reportedly under pressure from an activist investor to seek a buyer last year, it has since received a $500 million investment from KKR, making a buyout less likely in the immediate future.

MessageBird offers software that lets companies talk to users through text, live chat, email, or other means. It counts Facebook, Uber, and WhatsApp as clients and is valued at $3.8 billion.

Buying MessageBird would help Cisco reach more developers, who are increasingly the ones choosing what software to include in apps.

“Cisco’s really good at building relationships with enterprises — the CSO, the CTO, and even the CEO,” Henderson said. “But the CIO or CTO with gray hair aren’t making the purchasing decisions anymore. It’s the coder with the orange hair drinking Mountain Dew in his grandma’s basement.”

With its AI-powered customer service chat software, LivePerson, at a market cap of about $4 billion, offers yet another service Cisco could integrate into its collaboration and call center software.

As a leader in cloud storage and computing, Nutanix could help Cisco capture more of the small and medium businesses that are flocking to cloud infrastructure over on-premise.

Nutanix previously turned down a $4 billion acquisition offer from Cisco in 2015, CRN reported, and now, as a public company, has about an $8 billion market cap. If Cisco acquired it, both companies could better take on their bitter rival VMware.

“When we’re looking at Cisco’s acquisition strategy … as we move to a cloud platform oriented model, you need to have the basic fundamental positioning right from the get-go,” Henderson said.

Darktrace, one of the rising stars of the security world, offers a cybersecurity “AI immune system” that monitors company’s networks and flags suspicious activity.

The company, with a market cap of about £5 billion ($6.9 billion) could help Cisco build out its automated enterprise security software SecureX.

Security accounts for less than 10% of Cisco’s revenue, but was its fastest-growing business as of last quarter, drawing in more than $3 billion in 2020 as Cisco’s other businesses faced declines in revenue.

Elastic, with a current market cap of about $13 billion, also markets its product primarily to developers, a segment that’s missing from Cisco’s current portfolio.

“The world is becoming software-led,” said Fish, who identified Elastic as a potential Cisco acquisition target. “Cisco needs to accelerate their software transformation.”

Akamai offers a content delivery network — or a web of servers and data centers across the globe — to big companies including major banks and tech giants, including Cisco.

With the increasing adoption of edge computing and cloud security, it could be in Cisco’s best interest to acquire Akamai in order to take over its CDN real estate.

There’s also a spiking demand for Akamai’s services as internet usage rises globally. CEO Tom Leighton said the traffic the firm handles increased by a third in the first month of the COVID-19 pandemic alone, and the firm’s market cap has since risen to over $19 billion.

As a leader in data analytics, Splunk could help bolster Cisco’s push into big data.

The firm, with a current market cap of $22 billion, helps security and IT teams crunch large datasets gleaned from their company’s networks in order to analyze their performance. Led by CEO Doug Merritt, a former Cisco marketing exec, Splunk could accelerate Cisco’s attempts to capture more data.

Cisco SVP Jeetu Patel told Insider in April that Cisco is already working to gather more data from its massive customer base in order to strengthen its security products.

“You have to be a data company in addition to being a software company to make this happen,” Patel said.

As a rising star in the security industry, Okta could be a strategic, albeit pricey, acquisition for Cisco. Okta has a market cap of over $33 billion.

Okta offers an identity verification platform, an increasingly valuable sector of cybersecurity and is itself gobbling up smaller competitors like Auth0. Its product already integrates with Duo, the identity tool that Cisco acquired for $2.35 billion in 2018.

Should Robbins want to go for a big, industry-shaking acquisition to leapfrog its position in cloud security, Fish believes Okta would be a bold choice.

Another industry-shaking acquisition acquisition target for Cisco would be Cloudflare, with its market cap of $35 billion.

CloudFlare is a major player in both web infrastructure and web security and is increasingly competing head-to-head against Cisco.

“CloudFlare is absolutely having an impact on Cisco’s business,” Fish said. “It’s right in their fiscal wheelhouse.” 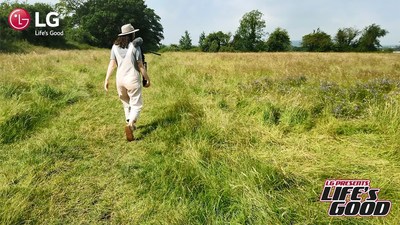