Stocks seem to be at a fork in the road.

After hitting fresh highs in mid-February, they’ve balked at rising interest rates as another stimulus package stokes further inflation fears, and increasing vaccination rates give hope of a full economic reopening in the near future.

With valuations still overextended by many measures, are stocks due to slide further? Or will investors learn to tolerate the rising rate environment? Or, are rates due to take a break, lifting stocks higher?

Ask 48-year market veteran David Hunter, and he’ll tell you it’s the third scenario that will play out in the months ahead. Hunter, who is the chief macro strategist at Contrarian Macro Advisors, told Insider on Wednesday that last week’s pullback in stocks was a temporary break in a broader melt up that will continue in the months ahead.

Hunter said that 10-year Treasury notes are oversold right now (yields rise when bond prices fall). And in the few months ahead, he expects their yields to reverse course and fall to 1.15-1.2% from current levels above 1.5%. In the same timeframe, he predicts stocks will see huge gains: the S&P 500 will rise to 4,600, the Dow Jones Industrial Average to 37,000, and the Nasdaq to 17,000.

But that’s when things will take a turn for the worse. Hunter said he thinks that sometime in the second quarter, inflation will surge as the economy opens back up. That would cause the Fed to begin to tighten its policy, sending 10-year yields to 2.5% and 30-year yields to 3%.

But the sudden series of events in a broader economic backdrop that remains fragile will send stocks tumbling to the tune of an 80% drop in the months afterward, he said, adding that the Fed’s actions would ultimately risk pushing the global economy into a deflationary bust.

“You’re going to see as we open up the economy more signs that things are overheating actually. It’s ironic because we were in recession a year ago,” Hunter said, attributing his prediction to fiscal and monetary stimulus efforts.

“Right now if you listen to Jay Powell, they say ‘Oh we don’t think we have to tighten anytime this year,'” he continued. “I think that’s going to be fast-forwarded by the time you get to the middle of the year because they’re going to be looking and saying, ‘Wow, inflation’s moving up a lot faster than we expected. Wow, the economy is actually showing signs of overheating. And wow, the market’s at 4,600 and we’ve got junk bonds, people piling in.'”

Hunter added that “we’re in a very unusual situation” because of the potential for economic overheating ahead as a result of stimulus while the economy is at the same time fragile with relatively high unemployment. He said this fragility will make the economy and markets more sensitive to Fed tightening.

But Hunter said the same thing that will trigger the drawdown – the Fed’s monetary policy moves – will also contribute to presenting investors with an enormous opportunity on the other side of it.

He said the potential drop in stocks and the economic bust will lead to monetary and fiscal stimulus efforts that are even greater than those of the last year. This will send share prices soaring, he said, and begin an industrial-driven economic recovery.

“The easiest part of my forecast is predicting how the politicians and the central bankers are going to react,” he said.

While many may not share Hunter’s prediction for an 80% drop in stocks, his views on inflation and speculation about the Fed tightening earlier than expected are now mainstream.

For example, Morgan Stanley economists explored in a March 3 note how the Fed might respond to rising yields going forward and found that while Federal Open Markets Committee members haven’t signaled they’re ready to tighten policy yet, they could do so if conditions overheat.

Fed intervention will likely come via communication and, if necessary, downsizing their balance sheet, the economists said. Still, they argued, intervention is unlikely, and the federal funds rate will stay at current levels through 2023.

But there is still the possibility a tightening scenario occurs if things get out of hand in the months ahead. And if they do, stocks could have a long way to fall. 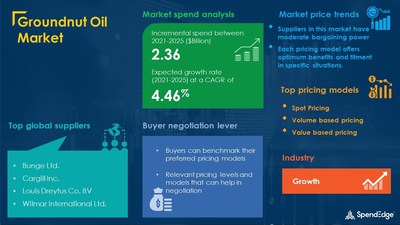 Volaris, the Lowest Cost Publicly Traded Airline in the Americas reports Strong Liquidity Position of Ps.8.7 billion as of March 31, 2021

The Smart Giver
2 weeks ago

HowToGetHead.com | Discover The One Simple Trick That Makes Giving You A Blow Job Into Her New Favorite Hobby
January 3, 2021

HowToGetHead.com | Discover The One Simple Trick That Makes Giving You A Blow Job Into Her New Favorite Hobby

Learn To Hypnotize Anyone FAST | LearnHypnosisFast.com