Without question, Teladoc Health (TDOC) served investors well during Wall Street’s rally out of the coronavirus bear market. TDOC stock began 2020 just under 84 a share. It ended the extraordinary year in history at 199.96, up 138%.


These days, however, TDOC is slowly losing more momentum after trying to bottom out near 140.

Indeed, compared to the vicious sell-off from February to May, the recent slide in price has been more gentle. But TDOC stock, down more than 3% so far this week, looks poised to finish the week at its lowest levels since mid-May.

During the summer, it appeared as if Teladoc was going to keep bottoming out.

So, is TDOC stock a buy now?

This story will cover core fundamental and technical aspects. Trends in institutional ownership — the I in CAN SLIM — also get a thorough scan.

Is TDOC Stock A Buy?

Yet the next day, shares turned early big losses into a 0.5% gain on July 28 in the heaviest turnover since April 29. Quite a shakeout!

Then, TDOC stock outperformed the major equity indexes on July 29, rallying 2.8%. This marked the third day in a row of solid gains in above-average volume.

Ultimately, Teladoc made a pretty good reversal despite falling 2% in the week ended July 30. The stock finished nicely in the upper half of that week’s range. This action hinted at bargain hunting by hedge funds, banks, mutual funds, pension plans and the like.

A similar reversal off the lows came in the week ended Aug. 20, too. Teladoc turned an early loss exceeding 6% to less than 2.7% for the week.

5 Cheap Stocks To Buy: Are These Fast-Growing Companies Worth A Close Look?

On Jan. 22, the large cap cleared a long base perhaps best described as a consolidation pattern. While the base featured elements of a double bottom, 253.10 served as a legitimate buy point.

After a gain of 21.6% from that entry, TDOC stock topped out at 308. During the stock’s slide in late February, it gave back all of that nice short-term gain. Such action meant it was time to sell the position and avoid an outright loss.

The online health care innovator reversed off that 308 intraday high on Feb. 16 in above-average turnover. After a stock makes a big run, reversals after making new highs indicate that buying demand is drying up and the sellers are now in charge.

Investor’s Corner: 7 Tips On How To Outperform The S&P 500

Started in 2002, Teladoc has established itself as a leader in virtual doctor visits. A network of more than 3,000 board-certified physicians help consumers get diagnoses and prescriptions across the U.S. and abroad. According to its latest 10-K annual filing to the Securities and Exchange Commission, more than 51 million unique paid members in the U.S. and 22 million “visit fee-only individuals” have access to the company’s expertise.

In the U.S., Teladoc showed a median response time of less than 10 minutes in 2020 for general medical inquiries.

In the second quarter of this year, Teladoc saw visits top 3.5 million, up 28% vs. a year ago. Adjusted gross margin improved by 580 basis points to 68.1%. Adjusted EBITDA (earnings before interest, tax, depreciation and amortization) nearly tripled to $66.8 million.

The company also launched myStrength Complete, a mental health service that combines app-based tools and coaching with a team of therapists and psychiatrists.

“We have solid momentum heading into the second half as the market embraces the unified care experience that only Teladoc Health has the breadth and scale to achieve,” CEO Jason Gorevic said in a Q2 news release.

This Is Still The Golden Rule Of Investing

An X-Ray Of Teladoc Fundamentals

On another bright note, the company posted a positive net operating cash flow of $34.2 million in the first six months of 2021, up from $29.2 million over the same time frame in 2020. That’s good. Cash, cash equivalents and short-term investments hit $786 million at the end of June.

Despite nice improvement in many business metrics in the second quarter, the overall IBD ratings for now aren’t quite up to snuff.

According to IBD Stock Checkup, Teladoc stock has now dropped to a woeful 7 Composite Rating in recent days on a scale of 1 (awful) to 99 (awesome). The IBD Composite Rating melds key fundamental, technical and fund ownership metrics into a single easy-to-use score.

In general, favor those stocks with a 90 Composite or higher. Occasionally, corporate turnarounds that make magnificent moves after a strong breakout will show a much lower score at the start of their big price ascent.

Also weighing on TDOC stock? A lowest-possible 1 Earnings Per Share Rating on a scale of 1 to 99; a C grade for SMR Rating (Sales + Profit Margins + Return on equity) on a scale from A to E. Meanwhile, a wilting 7 Relative Strength Rating in recent days means that over the past 12 months, TDOC has outperformed just 7% of all companies in the IBD database.

The best growth stocks tend to hold an RS Rating of 80 or higher before they go on amazing advances and hit scores of new price highs. In other words, in the realm of growth stocks, strength begets strength.

According to MarketSmith, the number of mutual funds owning a piece of Teladoc stock has climbed steadily. At of the end of the first quarter, as many as 1,437 funds owned shares. Total funds dropped recently to 1,372 in the second quarter, but still mark a sound increase from 1,166 funds as of the end of Q2 in 2020.

Virtus KAR Mid-Cap Growth (PHSKX), part of the IBD Mutual Fund Index, has trimmed its stake to 0.9% of its assets in TDOC.

Is TDOC Stock A Buy Now?

Lately, the stock is still struggling to ascend back above its 50-day moving average. Plus, more gains at this point would accelerate the base-building process.

IBD charts plot the 50-day moving average in red. Investors prefer to see the stock rise above this medium-term support-and-resistance level, then lead the 50-day line higher. This would mean that the stock’s overall trend is up, not down.

Notice how the 50-day line appears to be bottoming out but is now slipping again? Such action indicates it’s still unclear if the May 13 low of 129.74 has marked the ultimate bottom.

If TDOC holds above this price low, then it can begin work on a bullish chart pattern. For instance, if a pristine cup with handle emerges, at that point the stock should in most cases hang no more than 5% to 15% below its 52-week or all-time high. This pattern provides the launchpad for a potential big move — or in IBD’s parlance, a great breakout.

A breakout to new highs would mean TDOC stock is following the path of least resistance — up in price. It also means there’s little to no overhead supply of desperate sellers willing to bury the stock with shares.

So for now, Teladoc stock is not a buy. But keep watching for signs of growing demand. Patience could pay off big time.

Is AMC Stock A Buy Or Sell Now?

Should You Buy Nikola Stock Today?

How To Invest In Stocks: The Latest Inside Investor’s Corner

Which Way Is The Market Headed? Please Read This Story Each Day 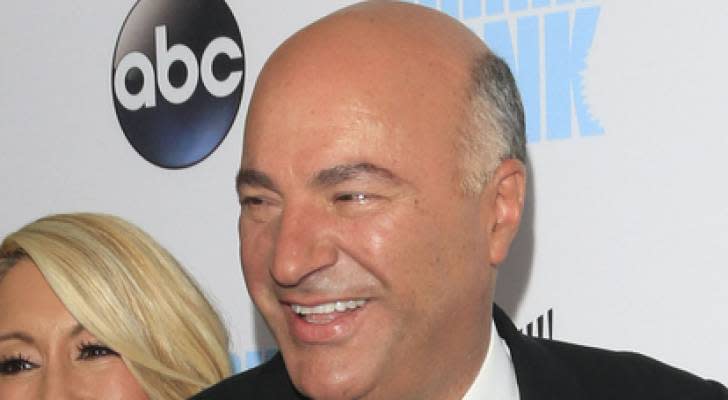