Treasury Secretary Janet Yellen issued another warning to lawmakers Wednesday: Raise or suspend the debt ceiling as soon as possible.

In a letter addressed to House Speaker Nancy Pelosi (D-CA), Yellen said that according to the latest internal estimates, the Treasury could run out of money at some point in October. “Once all available measures and cash on hand are fully exhausted, the United States of America would be unable to meet its obligations for the first time in our history,” she wrote.

The Treasury has been using its cash surplus to make payments since the suspension of the debt ceiling expired last month and has employed “extraordinary measures” to postpone as many payments as possible to delay the threat of default as long as possible. Those measures include “a suspension of certain investments in the Civil Service Retirement and Disability Fund, the Postal Service Retiree Health Benefits Fund, and the Government Securities Investment Fund of the Federal Employees’ Retirement System Thrift Savings Plan,” Yellen said.

While there is some uncertainty about the exact date, in part due to substantial tax payments expected on September 15, Yellen urged Congress not to wait.

“We have learned from past debt limit impasses that waiting until the last minute to suspend or increase the debt limit can cause serious harm to business and consumer confidence, raise short-term borrowing costs for taxpayers, and negatively impact the credit rating of the United States,” Yellen wrote. “A delay that calls into question the federal government’s ability to meet all its obligations would likely cause irreparable damage to the U.S. economy and global financial markets. At a time when American families, communities, and businesses are still suffering from the effects of the ongoing global pandemic, it would be particularly irresponsible to put the full faith and credit of the United States at risk.”

Pelosi blames Trump: The Speaker told reporters Wednesday that Democrats plan to act on the debt ceiling in the coming weeks, though she offered no details on how they plan to do so. She did, however, say that they will not add a debt ceiling increase to the $3.5 trillion spending bill they hope to pass on a purely partisan basis.

“We won’t be putting it in reconciliation,” Pelosi said, rejecting the approach recommended by Republican leaders, who have said they will not vote to increase the debt limit.

Pelosi invoked former President Donald Trump’s policies as she discussed the debt limit, while also chiding Republicans for their refusal to cooperate with the effort. “The Trump administration … amassed over $7 trillion in debt, and that’s what this debt ceiling lift is paying for … We’re paying the Trump credit card with what we would do to lift the debt ceiling,” Pelosi said. “It’s the responsible thing to do. I would hope Republicans would act in a similar way.”

Sen. Majority Leader Chuck Schumer (D-NY) also criticized Republicans Wednesday for their stance on the debt ceiling. “It would be just the height of irresponsibility for Republicans to play games to take the debt limit hostage,” Schumer said. “It would be a horrible act — a despicable act really.”

Bachelor In Paradise: How Many Followers Brendan & Pieper Lost So Far

Conoco-Shell Deal Shows the Split Between European and U.S. Oil

Fortunes Tumble From Seattle to Shenzhen in $135 Billion Wipeout 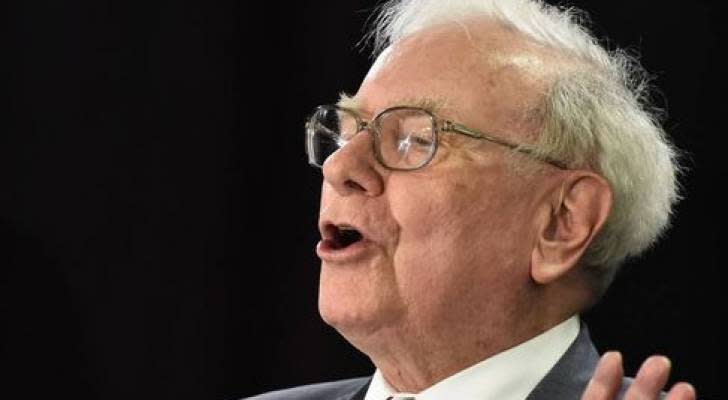