If the Chicago-style hot dog were a hit TV show, the title character would, of course, be the star: a Vienna hot dog, made in Chicago.

Beloved supporting characters would be yellow mustard, Plochman’s please, the brand mixed — ingredients in mustard aren’t cooked, just blended — in nearby Manteno. A pickle spear and neon relish plus, for that healthful touch, tomato wedges and onion bits. Followed, last and least, by the twin oddities of sport pepper and celery salt.

If you actually like those, well, God bless you. I’d rather dress my hot dog with the vendor’s thumb, pickled and dusted in cooties.

We could talk about those elements all day, and people do. Yet somehow, the endless Chicago-style hot dog conversation never gets to the foundation, the one unsung actor who literally holds the whole show together: the S. Rosen’s poppyseed bun.

“We are the bun purveyor in the city of Chicago for well over 95 percent of all the hot dog stands,” said Mark Marcucci, president of Alpha Baking Co., which owns S. Rosen’s.

He’s sitting on the second floor of their Lyndale Avenue facility, immediately south of Hermosa Park and three-quarters as big. The building used to be house Mary Ann bakery —the logo is still on the floor in the entry — and though there is no sign whatsoever on the street, this is a spot in fast food history.

“This was the first McDonald’s bun plant in the world,” Marcucci said. Alpha has two other plants. their Fullerton facility, a stone’s throw away, baking muffins, and their Polk Street plant, off the Eisenhower, baking bread. Fullerton was the original Sara Lee bakery.

“As a company, we’ve come in, taken over abandoned facilities plants, fixed them, turned them around, automated used our synergies to grow these operations,” Marcucci said.

This facility bakes only hot dog and hamburger buns, going through 600,000 pounds of flour a week — it has its own rail siding. That translates into about 5 million hot dog buns. The flour is mixed with water and yeast, allowed to proof for three and a half hours, then divided into little balls, rolled out by a conveyer into tubes of dough that fall into one of 2,900 4 x 6 metal trays stacked everywhere.

Pans are filled, turned 90 degrees to line them and given a quick jiggle, to set things right.

Before being baked, half the buns are moistened and then receive a scattering of poppy seeds. Poppy outsells plain at retail, though with food services, plain is the better seller for an unexpected reason: Poppy seeds can cause a person to blow their drug test, so poppy seed buns are forbidden for the military, hospitals, prisons and many schools.

Plain or seeded, the buns go into the oven for seven and a half minutes.

The buns shoot past a spinning circular disc that cuts through hot dogs — only about halfway, to provide a firm hinge.

“The sweet spot is between 90 and 100,” Thornberg said. “We don’t want to go under 90 — susceptible to staling, the product will dry out. And if you go over 100, susceptible to early molding from too much moisture. That’s where our data has pointed us over the years.”

Much fuss has been made on the coordination between how many buns go into a package, and how many hot dogs, though the truth is, it varies.

The 10-count boxes are wrapped in cellophane, so they can be put directly into hot dog cart steam tables and steamed.

If you think market dominance with a simple bread product translates into having an easy-to-run business easy, guess again.

Restaurants trying to ramp up after COVID just compound the problem.

“This is our peak season,” Marcucci said “From January to July, our units double. All these distributers are trying to get up to speed at the same time we’re at capacity. There’s pressure on the market now. It’s not just Alpha baking. This is throughout the industry. On top of that, put the pressure getting and keeping employees.”

“Some folks have gotten used to spending time at home,” Thornberg said. “We’ve been trying to hire, desperately, for the past four to five months.”

The Lyndale bakery has 168 workers; they could use another baker’s dozen or two. Union jobs, and pay starts at $18 an hour.

“The mentality of employees is different,” Marcucci said. “In Chicago, you’ve always had people ready and willing to come to work. All we had to do was whisper, ‘We’re hiring,’ and we’d have 60 people out the door the next day. This year did not have that. Ramping up this year has been very difficult. I’ve had a very difficult time hiring.”

The impact is real. Their distribution covers the Midwest, from two hours south of St. Louis, up to the Twin Cities and to Detroit. “We have Lake Michigan surrounded,” said Marcucci, though they had to stop Detroit sales last week because not enough employees showed up.

“It’s been a difficult year,” he said.

A bakery is hot, demanding work. You can’t air-condition a bakery — it’s too expensive and affects the product. But this is an essential business in a city of hot dog-loving fanatics who expect the perfect bun, every time.

“Rarely do they even mention it, but that’s the core,” Marcucci said. “The one thing more consistent than anything else is the bun — the base upon with a Chicago hot dog is made. If you don’t have a good bun, it’s not a Chicago hot dog.” 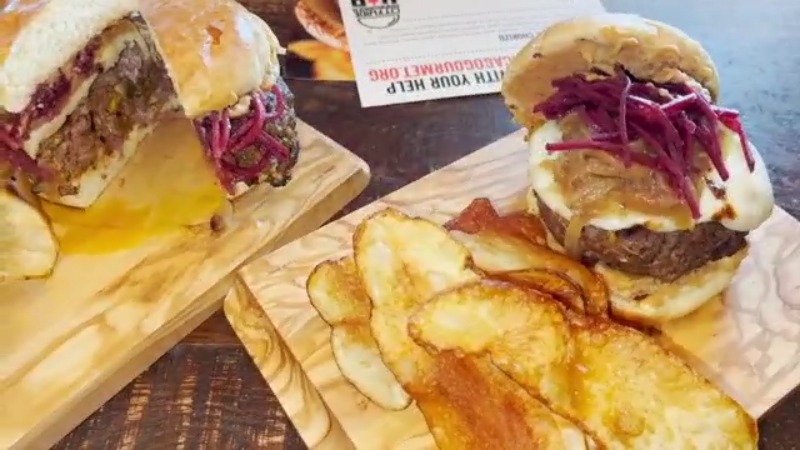 What is your favorite burger in Chicago? Hamburger Hop 2021 crowns champion 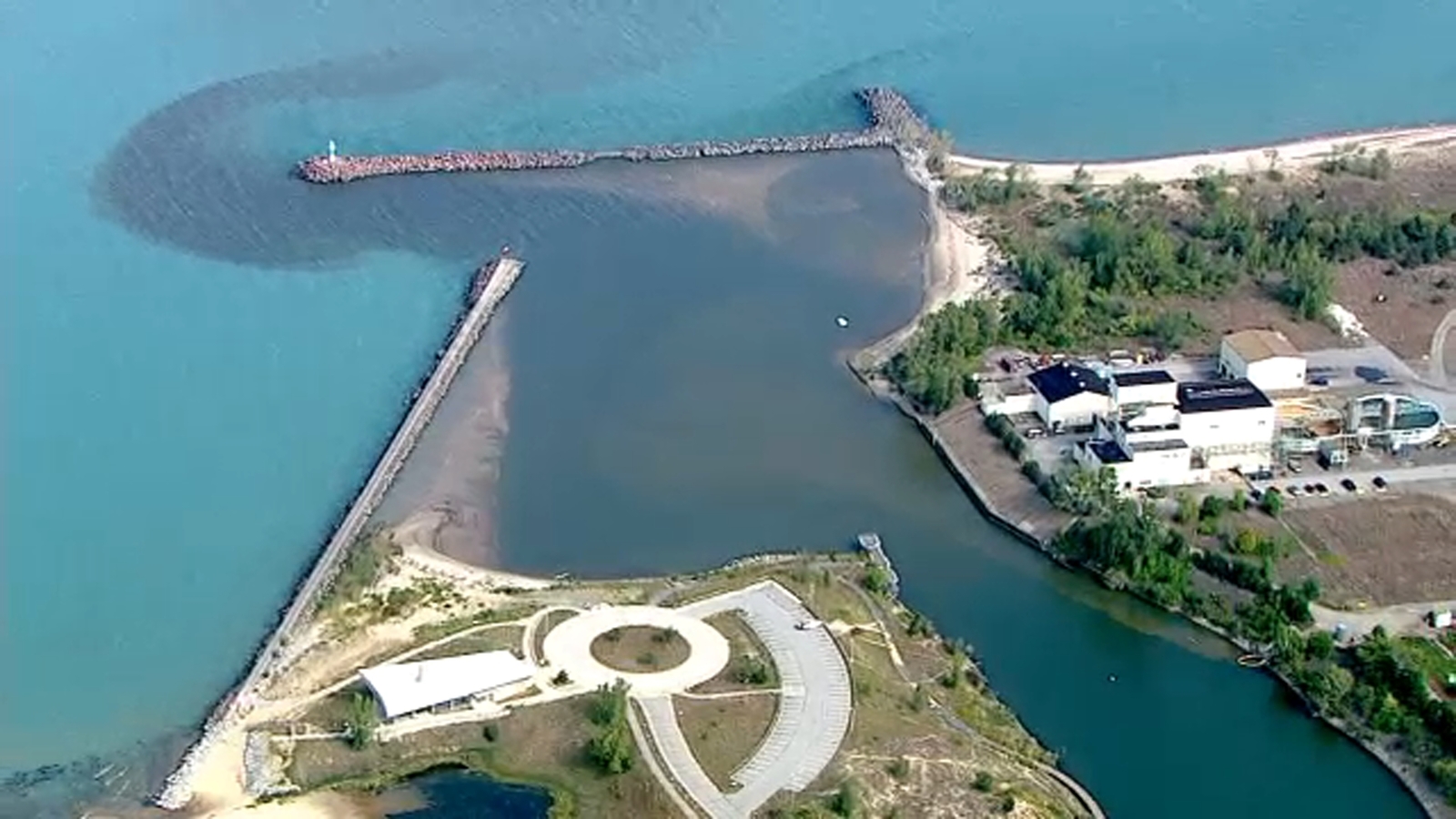 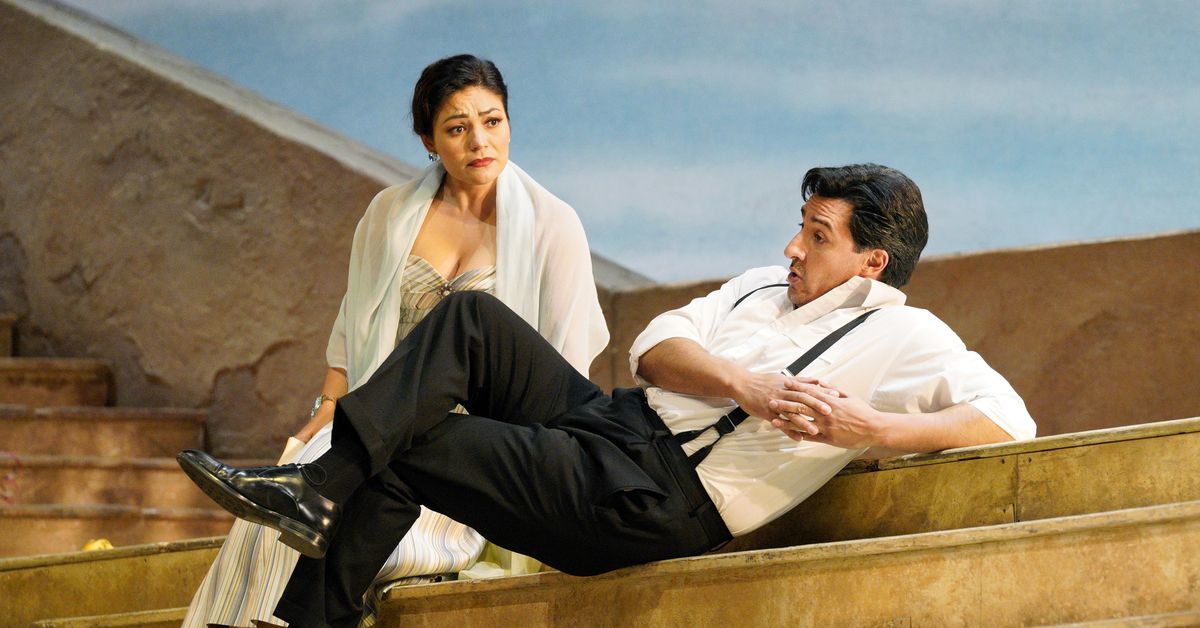