Thursday night at Yankee Stadium, the New York Yankees and Houston Astros will rekindle their rivalry with the first of four games in the Bronx. The Yankees have baseball’s best record (by a lot) and the Astros have the American League’s second best record (by a lot). These have been the Junior Circuit’s two best teams by a good margin so far in 2022.

Here are the American League standings as of Thursday morning:

Only the New York Mets (45-26) have a better record than the Astros among National League teams — the Astros just swept two games from the Mets in Houston — so this series features two of the three best teams in baseball. The Yankees and Astros aren’t strangers, though Houston has had New York’s number in recent postseasons. The atmosphere in The Bronx figures to be intense.

“I don’t get that caught up in it,” Yankees manager Aaron Boone told the New York Post on Wednesday. “It’s a team we have a rivalry with. You appreciate being involved in a series like that. I don’t think I put any more into it. It’s not October. They’re important games against a great opponent and I hope we play well.”

Here are the details for the four-game series at Yankee Stadium. Games on MLB Network can be streamed on fuboTV (try for free).

We were so, so close to a Cole vs. Verlander matchup. The two former teammates were lined up to face each other at one point, but Severino’s recent stint on the COVID list forced the Yankees to shuffle their rotation, so Cole and Verlander no longer line up to pitch the same day. Too bad. That would’ve been one of the best on-paper pitching matchups of the season.

Here are four things to know heading into this weekend’s series, with a prediction thrown in for good measure.

These teams have history

A lot of it. The Astros eliminated the Yankees in the 2015 Wild Card Game, the 2017 ALCS, and the 2019 ALCS. The Yankees have had the upper hand in the regular season (12-8 against the Astros since 2018), but no one really cares about that. October is the only thing that matters and this rivalry has been one-sided in the postseason.

Along with the Los Angeles Dodgers, the Yankees have been the most outspoken team against Houston’s sign-stealing scandal, with GM Brian Cashman going as far as to say it was the “only thing that stopped” the Yankees from winning the 2017 World Series. That’s a stretch, but the point remains: the Yankees are not happy about the scandal and aren’t shy about letting everyone know it.

And neither are Yankees fans, of course. When the Astros played in Yankee Stadium last year — it was their first visit to the Bronx since 2019, before the sign-stealing scandal broke — they were booed vociferously. Bregman, Jose Altuve, and Carlos Correa heard the loudest boos (George Springer hears residual boos when he visits with the Blue Jays).

Of course, the Yankees themselves used video replay equipment to steal signs from 2015-16, though not in real-time and it was before MLB issued a memo informing teams sign stealing would be met with harsh penalties. The Yankees aren’t exactly innocent bystanders. In the end, there is no love lost with these two franchises. It will be an eventful series.

Both teams excel at run prevention

The biggest difference between these two teams is offense. The Yankees didn’t become the seventh fastest team to 50 wins in baseball history just by pitching well. They also lead MLB in runs scored per game (5.12) and OPS+ (121), and rank near the top of the league is most offensive statistics. The Yankees have baseball’s best record because they do everything well.

The Astros, meanwhile, are averaging only 4.31 runs scored per game, which ranks 17th in baseball and is a tick below the MLB average of 4.33. There’s an offensive disconnect in Houston because the Astros have hit the third most homers (90) and have the fourth best team OPS+ (111), yet they’re 17th in runs per game. Sequencing matters and they’re not always getting that big hit.

Given the names on the roster, I would not dismiss the Astros as some league average offensive team. They’ll ruin a pitcher’s day real quick if he’s not careful. Both the Yankees and Astros are run prevention juggernauts. They make you work for every run. Does that mean we’re heading for a low-scoring series? Sure, it’s possible, but the baseball gods like to play tricks on us.

The 162-game season is long and unforgiving, and every player goes through ups and downs. As such, some players will head into this weekend’s series on a hot streak. Here are three Yankees players who have been crushing the ball the last two weeks:

Hicks’ numbers the last two weeks are just OK, though he’s gotten several big hits lately, including a go-ahead bases-clearing double Saturday and a go-ahead ninth inning triple Monday. He and Joey Gallo were just dreadful in April and May, but both have picked it up in June and are in the middle of their best stretches of the season.

Noticeably absent: Aaron Judge. MLB’s home run leader is 6 for 33 (.182) in his last nine games, though he did crush two home runs Wednesday. Josh Donaldson and Giancarlo Stanton have yet to find their stride since coming off the injury list earlier this month. Donaldson is 13 for 59 (.220) since returning. Stanton is 6 for 49 (.122).

Now here are three Astros players who have been hot these last two weeks:

Alvarez is an absolute monster and I’d argue the game’s best hitter. Going into Wednesday, he led baseball in OPS (1.037) and OPS+ (195), and he’s doing that with a comfortably better than average strikeout (15.5 percent) and swinging strike (8.2 percent). Alvarez, the owner of a brand new $115 million extension, hit three homers in two games against the Mets earlier this week.

Nearly every Houston regular has an above-average OPS the last two weeks. The only trouble spots are shortstop, where Aledmys Díaz and Mauricio Dubón are filling in for the injured Jeremy Peña, and center field, where Chas McCormick and Jose Siri have underwhelmed much of the season. By and large, the Astros are heading to New York swinging the bats well.

They’ll see each other again next week

After this four-game series in New York, the Astros and Yankees will meet against next week in Houston, but only for a single game. These two clubs were originally scheduled to play a three-game series at Minute Maid Park from April 4-6. That’s one of the series that was wiped out by the owners’ lockout, and like all those games, the makeup dates are sprinkled throughout the season.

To make up those three Houston games, the Astros and Yankees will play the one game next Thursday, June 30, then they’ll play a doubleheader on Thursday, July 21. That was supposed to be the final day of the four-day All-Star break. Instead, the two teams lost a day off their All-Star break and now have to play a doubleheader instead. Rough, but they’re not the only teams doing it.

A four-game series allows me to take the easy way out and say these two very good teams will split the four games, but no, I’ll be slightly bold and say the Yankees win three of four. New York has been so outrageously good that 12 of their 18 losses have been by no more than two runs. They are rarely out of a game. The Astros are excellent but the Yankees are better, and I have the home team taking the series this weekend. 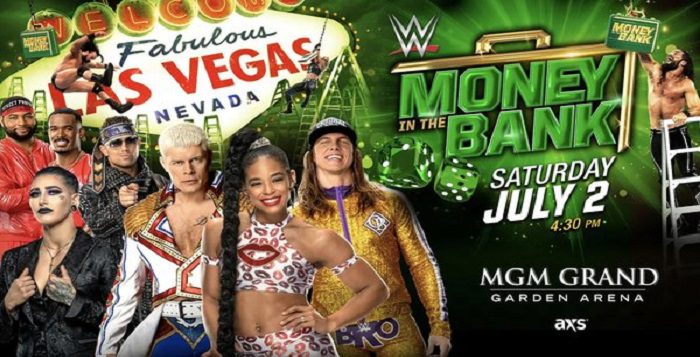 Pat On The Bank: WWE Bragging About Money In The Bank Success – WrestlingRumors.net