Venus Williams lost to Canadian Rebecca Marino on Monday in her return to singles play after nearly a year away, a defeat the seven-time Grand Slam champion chalked up to being rusty.

Williams lost 4-6, 6-1, 6-4 in the first round of the Citi Open in Washington in her first singles match since last August.

“I didn’t think I played well a lot of the time,” Williams said. “Just trying to shake off some rust. That’s just to be expected. All I can do is just play another tournament and play better.”

Before the hard-court tune-up for the U.S. Open, Williams last played singles in Chicago on Aug. 23, 2021, when she lost to Su-Wei Hseih. Williams played mixed doubles with Jamie Murray at Wimbledon.

Williams practiced with sister and former doubles partner Serena leading up to the tournament, which is not routine for them.

“I think it was a real thrill for the crowd to see us hit together,” Venus said. “I think more than anything, it was just very exciting for the tournament.”

The 31-year-old Marino will advance to Wednesday’s Round of 16.

An ace to close out a steely performance 💪<br><br>Rebecca Marino comes back to defeat Venus Williams 4-6, 6-1, 6-4 and move on to Round 2️⃣<a href=”https://twitter.com/hashtag/CitiOpen?src=hash&amp;ref_src=twsrc%5Etfw”>#CitiOpen</a> <a href=”https://t.co/a90TUabmxH”>pic.twitter.com/a90TUabmxH</a>

In other action on the women’s side, top-seeded Jessica Pegula and former top-ranked Simona Halep advanced.

“I had a good run in Wimbledon, so it’s always tough to start,” Halep said. “But I’m really happy I won the match and I can play another match here.”

On the men’s side, former No. 1 Andy Murray lost his opening match 7-6(8), 4-6, 6-1 to Swede Mikael Ymer. Murray started cramping at the end of the first set and struggled to recover.

“It was disappointing, obviously,” Murray said.” I thought there was some good tennis in the first set. After that, both of us were struggling a bit physically. The level of the tennis was not great.”

Edmund, who was once the top-ranked Brit and climbed as high as 14th in the world, was out while recovering from three knee surgeries.

During his rehab, Edmund pictured himself back on the court in moments like this.

“There was long periods where I was just out, couldn’t play, didn’t pick a racket up… It just wasn’t fun at all,” he said. “These sort of matches or these events are something you imagine when you’re out.” 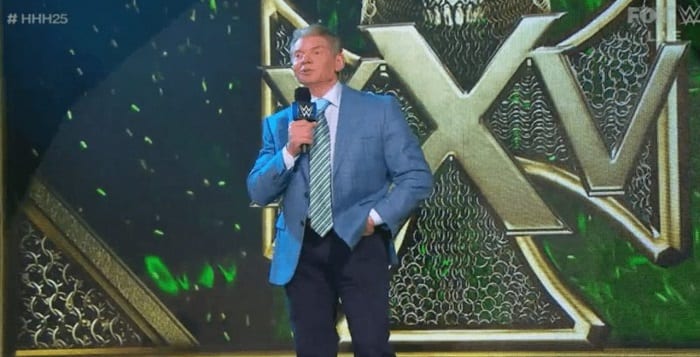 Have your say: Will you be watching the world junior hockey tournament?

Abadon Reflects On Her Trick or Treat Street Fight With Britt Baker In AEW: “I Wanted It To Be Disgusting and Brutal”