Having been green-lit by HBO back in 2020, filming for The Last of Us TV show is now well underway, and its showrunners have already confirmed an impressive cast list, an episode count for season one and hinted at tentative details as to its plot.

We’ve also got our first look at the series’ two protagonists in action courtesy of an official set photograph, which you’ll find below.

The Last of Us TV show seems set to loosely mirror the plot of the first game, The Last of Us, which came out all the way back in 2013 on PS3 and instantly became a critical hit – we gave it the number one spot in our roundup of the best games of the decade – thanks to its incredibly emotive storytelling and grim world.

The story follows the journey of wanderers Joel and Ellie as they try to survive in a post-apocalyptic America, and fans were treated to an equally-brilliant follow-up last year in the form of The Last of Us Part 2 on PS4.

So, what do we know so far about The Last of Us TV show? Below, we round up all of the confirmed details we have right now, including its cast and streaming platform, as well as our predictions for its story and release date.

An official set photograph has given us our first look at the series’ two protagonists (played by Pedro Pascal and Bella Ramsey) in action.

The series will also “deviate greatly” from the source material in some episodes, according to showrunner Neil Druckmann, but only in terms of its focus on drama over hardcore action.

The Last of Us TV show release date

The Last of Us TV show was only confirmed as being in development last year, so we still haven’t got an official release date – beyond “coming soon to HBO,” that is.

We do know filming for the HBO series is currently underway in Alberta, Canada, though, thanks to behind-the-scenes set images shared by Twitter user @necromonica1, as well as an official photograph shared by HBO’s Twitter account, which you can find below.

Unfortunately, as per information listed on the Directors Guild of Canada’s website, principal photography for the show isn’t due to end until June 2022, so it sounds like we could be in for a long wait until The Last of Us hits our screens.

Wait, so there’s no The Last of Us movie?

No! There’d been chatter around a movie adaptation for a good few years, with the project even reaching a second draft script and auditions being held for actors before development stalled.

Back in 2015, the game’s writer, Neil Druckmann, was cited as saying he’d “just finished a second draft” and had “a table read with a bunch of actors,” while calling the script “pretty faithful to the game.”

“There are some big changes,” he added at the time, “but the tone and what the story’s trying to say is pretty faithful to the game.”

Shortly after Druckmann’s comments, screenwriter Craig Mazin said his feelings were that “you can’t make a movie out of this, it has to be a show. It needs length. It’s about the development of a relationship over a long journey, so it has to be a television show – and that’s that, that’s the way I see it.”

It appears the pair reached some sort of agreement, then, with a TV adaptation of the game being confirmed back in March last year.

Where will you be able to watch it?

The show is being developed for HBO, with Naughty Dog’s Neil Druckmann acting as co-writer alongside screenwriter Craig Mazin, who won an Emmy for outstanding writing on HBO’s highly-praised Chernobyl miniseries, which aired last year.

That means it’ll end up on HBO Max – the streaming platform launched by HBO in May 2020.

HBO is a US-exclusive platform, but if you’re in the UK, your best bet is likely Now TV, which often carries HBO shows such as Watchmen or Succession – though Sky is also a home for some HBO titles, too.

In Australia, you’re probably looking at Foxtel. We’ll update this page when we’re a bit closer to the show’s release with more information on this.

Unlike the six-episode Chernobyl or nine-episode Watchmen, Mazin has confirmed that season one of The Last of US TV show will have 10 episodes.

The Last of Us TV show: story, cast, and characters

While we were initially told that Chernobyl director Johan Renck would be helming the pilot for the show, it turns out that he’s a very busy person. That means we’ve now got the award-winning director Kantemir Balagov, instead.

Alongside Balagov, Jasmila Zbanic and Ali Abbasi are also confirmed to be directing some episodes, with Craig Mazin confirming on a recent Scriptnotes podcast that only two directors are left to be announced. Both Mazin and Druckmann will serve as executive producers on the show.

All we know about story so far is what HBO has given us as a synopsis, which reads as follows: “The story takes place 20 years after modern civilization has been destroyed. Joel, a hardened survivor, is hired to smuggle Ellie, a 14-year-old girl, out of an oppressive quarantine zone. What starts as a small job soon becomes a brutal, heartbreaking journey, as they both must traverse across the U.S. and depend on each other for survival.”

It seems like the show will be following along with the story of the games, then, and we have an idea of the characters that will be featuring, too.

We know Tess (Joel’s partner of sorts), Marlene (a member of the Fireflies), Riley (a childhood friend and romantic interest of Ellie), and Maria (wife of Joel’s younger brother) are all going to be part of the show – and we also know some of the actors who have signed on to play them.

Ellie is going to be played by Bella Ramsey, who starred in Game of Thrones. Joel has an equally titanic casting choice in the form of fellow Game of Thrones actor-turned Mandalorian Pedro Pascal.

Merle Dandridge will play Maria in the series, while Gabriel Luna will also star as Tommy, Joel’s younger brother. Joel’s daughter, Sarah, has been cast, too – she will be played by newcomer Nico Parker.

Then there is, of course, the matter of the blanked out name in Druckmann’s above tweet. Given that it’s four letters, we’re assuming it could be one of three different characters, depending on what kind of time frame we’re looking at.

The first of these is Anna, Ellie’s mother, who would be a new character, as she was only mentioned in a letter in the first game. The other two choices come from The Last of Us Part 2 in the form of Dina or Abby.

Dina is Ellie’s love interest in the second game (no prizes for guessing what happens to Riley), while Abby is another protagonist in Part 2. If they’re included, we could be looking at some multiple perspective stuff akin to The Witcher. Hopefully, though, that won’t include the confusing timeline.

More recent comments from Druckmann confirmed that some episodes will “deviate greatly” from the source material, but only in terms of their focus on drama over hardcore action. For himself and Mazin, the “philosophical underpinnings of the story“ were the essential aspects they wanted to get right with the adaptation.

“As far as the superficial things, like should [a character] wear the same plaid shirt or the same red shirt? They might or might not appear in it,” he added, “that’s way less important to us than getting to the core of who these people are and the core of their journey.“

It’s clear, then, that whichever characters appear in the show, it’ll be more of a deep-dive into their personal experiences, rather than focused on their violent, zombie-killing exploits.

Still, in the only official set photo revealed so far (see earlier in this article), both Joel and Ellie are wearing clothes (and rucksacks) that are almost identical to those owned by their in-game counterparts. Maybe, then, Druckmann and co. will be faithful to The Last of Us’ wardrobes, after all?

Well this is exciting! Beyond lending his incredible musical talent to The Last of Us Part II, Gustavo Santaolalla is joining us to bring over The Last of Us to HBO!March 11, 2020

We’ve also heard – again from Druckmann himself – that the composer for both the original The Last of Us game and The Last of Us 2, Gustavo Santaolalla, will be returning to work on the HBO show adaptation. So, get ready for some tense and tear-jerking soundtracks to accompany the action.

The Last of Us TV show: how many seasons?

There’s been no confirmation of how many seasons HBO is planning for the series, though Joel voice actor Troy Baker has provided a vague window of “three, four seasons” being necessary to match the story beats of the game at an appropriate pace – rather than constraining the story within a single two-hour film or rushed single season (via GameSpot).

“I think that, episodically, you can far more effectively tell this story, because trying to condense that experience of 16 hours into [a few] hours is impossible… it goes past the point of distillation, into reduction,” Baker said. “I think being able to do this episodically and go, ‘We’ll do this for say, three or four seasons’ and be able to almost 1:1 tell [the story of the game] presents a great opportunity for more people to experience it.”

HBO has made passing reference to “future seasons” beyond an initial first season, though any continuations are likely to depend on the success of season one.

Border Patrol agents could get minimal punishment after Biden’s threats 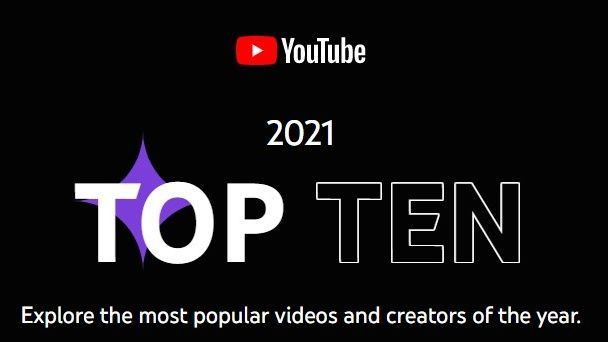 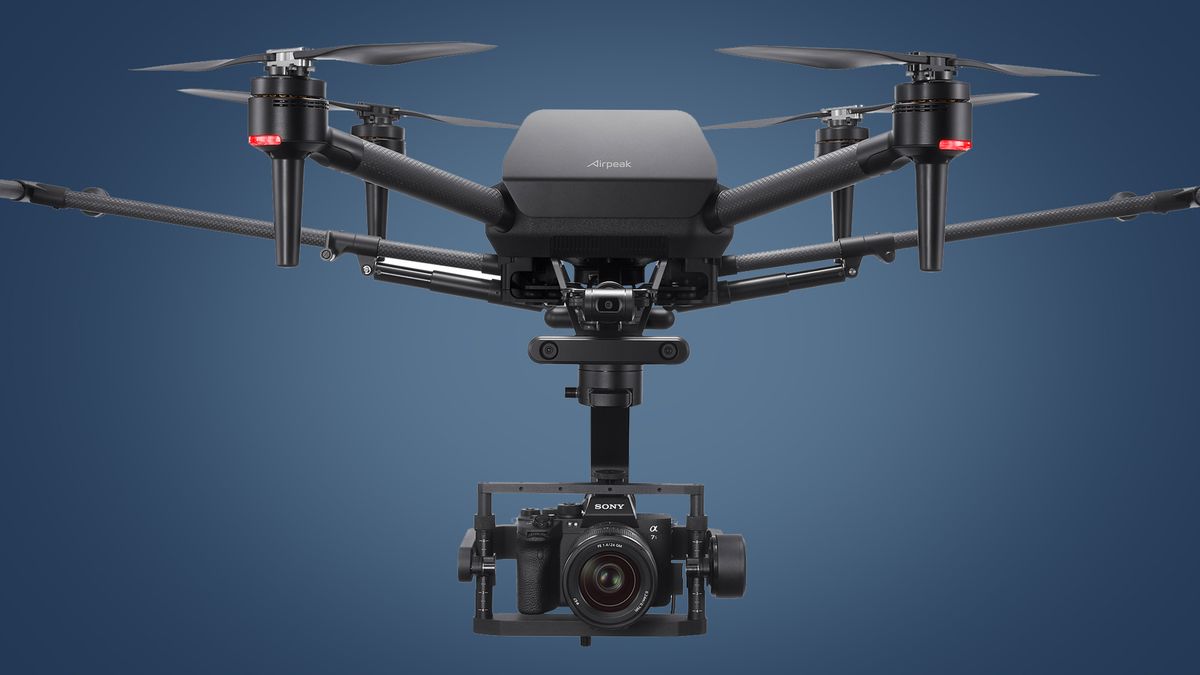