A Tennessee woman who was advised by doctors to terminate her pregnancy for her own safety has opened up about how her abortion was canceled when she was lying on the ultrasound table, nearly 19 weeks pregnant.

Madison Underwood, 22, and her fiancé, Adam Queen, 24, had been told two weeks before that their baby had a rare defect and would not survive outside the womb. If Underwood tried to carry the baby to term, she could become critically ill or die.

‘We were debating on it because I thought, maybe I can beat the odds,’ she told The New York Times. ‘But then I got scared.’

Madison Underwood, 22, from Tennessee, was nearly 19 weeks pregnant when her abortion was canceled, three days after the U.S. Supreme Court had overturned Roe v. Wade 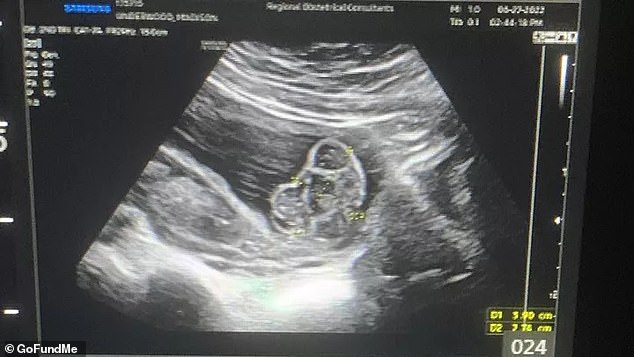 Underwood and her fiancé, Adam Queen, 24, had been told two weeks before that their baby had a rare defect and would not survive outside the womb

Underwood and Queen were excited to start a family together, and the decision to terminate her pregnancy was one that they never imagined they would have to make.

Queen, a manager at a Dollar General store, was the one who first suspected Underwood was pregnant. She had thrown up almost every morning for a week and was craving foods she normally disliked when he brought home the test in May.

The laws that stopped a Tennessee mother from undergoing an abortion: Inside state’s strict laws

On June 28, following the overturning of Roe v. Wade, Tennessee began enforcing a ban on abortions for any fetus that is found to have a heartbeat.

As part of the state’s trigger law, known as the Heartbeat Bill, Tennessee now bans abortion as early as six weeks into a pregnancy, whenever a heartbeat is detected.

The state also requires anyone who is seeking an abortion to go through two appointments with a physician, at least 48 hours apart, before they can undergo a termination.

However, Tennessee lawmakers are planning to implement a near-total ban on all abortions from fertilization beginning on August 25.

It was the first pregnancy test had ever taken, and they were both thrilled when they saw it was positive. Queen, who has a daughter with a previous girlfriend, hoped for a boy while Underwood wanted a girl.

The couple shared the news with both sets of their parents on Mother’s Day. They faced some heat for getting pregnant before they were married, but their wedding was set for June, and the excitement over the new baby won out.

Underwood, who didn’t have health insurance, had her first checkup at a free local clinic. She was 13 weeks pregnant and due on November 23.

They waited to be approved for Medicaid before scheduling an appointment with a licensed obstetrician.

Queen worked full time, and they lived with his mother, Theresa Davis, and his stepfather, Christopher Davis, in their farmhouse in Pikeville to save money.

Underwood recalled how the nurse got ‘real quiet’ at her next appointment and told her that the nurse practitioner would be in to talk to her.

The nurse practitioner thought it was a mile case of encephalocele, a sac-like bulge of the brain and the membranes that cover it that pokes through an opening in the skull.

Underwood and Queen were told the congenital condition could be fixed through surgery after she gave birth. There was a chance the baby could have an intellectual disability or developmental delay, but they were ‘OK with that.’

They also learned the baby was a girl and named her Olivia after Underwood’s grandfather Oliver.

Underwood was referred to Regional Obstetrical Consultants, a practice that specializes in high-risk pregnancy. The practice declined to comment for The Times’s story.

At Regional Obstetrical Consultants, the couple learned the fetus had not formed a skull, and surgery would not help. Without anything to protect the brain, the baby would only survive a few hours at best after birth. 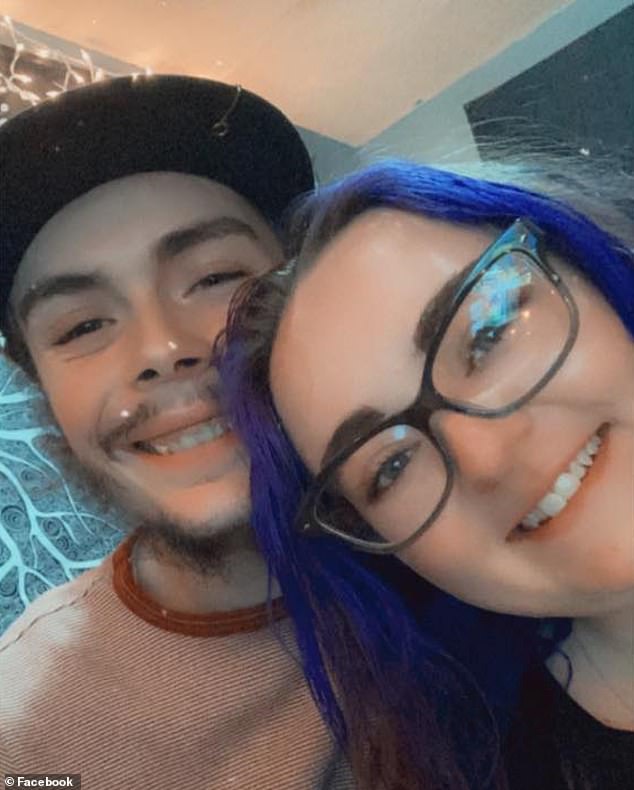 The fetus had not formed a skull and brain matter was leaking into the umbilical sac, putting her at risk for sepsis 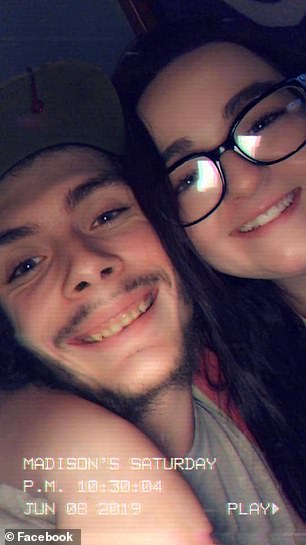 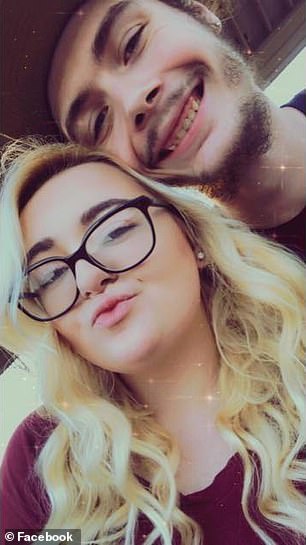 If Underwood tried to carry the baby to term, she could become critically ill or die 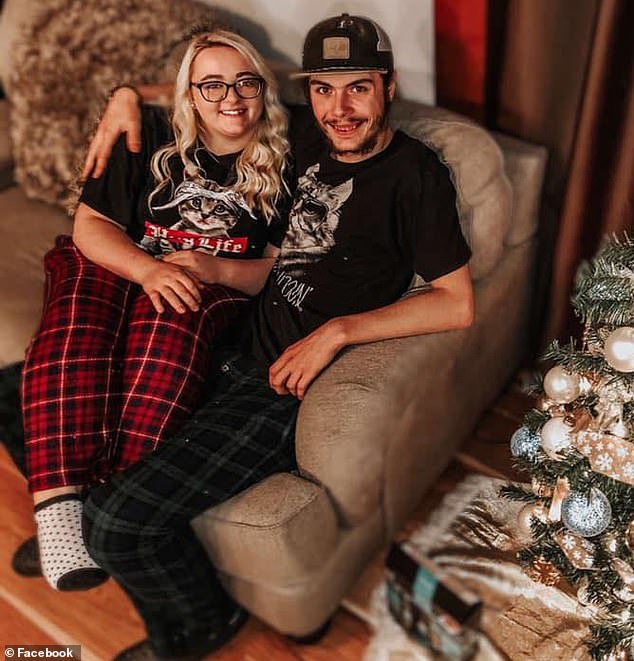 Despite the devastating diagnosis, Underwood still wanted to carry the pregnancy to term. She wanted to meet her daughter and donate the baby’s organs if possible.

Doctors explained that the fetus’s brain matter was leaking into the umbilical sac, putting Underwood at risk for life-threatening sepsis. She was advised to terminate the pregnancy for her own safety.

‘I wanted to make sure that I wasn’t going to regret it,’ Underwood told The Times. ‘Because me and Adam, we’re going to have to be the ones dealing with it our whole life.’

It took Underwood and Queen days to make the decision to terminate the pregnancy. They postponed their wedding and scheduled the abortion for June 27.

At the time, Tennessee allowed abortion up until 24 weeks into pregnancy, though The Times reported that it was rarely performed in the state after 20 weeks.

Underwood was dreading the abortion and cried on her way to the clinic, but it didn’t occur to her that the procedure could be canceled over Roe v. Wade.

She thought it would be allowed because she had scheduled the appointment before any state ban had been put into effect.

Underwood was lying on the ultrasound table with sonogram gel on her exposed stomach when the doctor came in and told her the abortion had been canceled.

‘They’re just going to let me die?’ she recalled thinking. 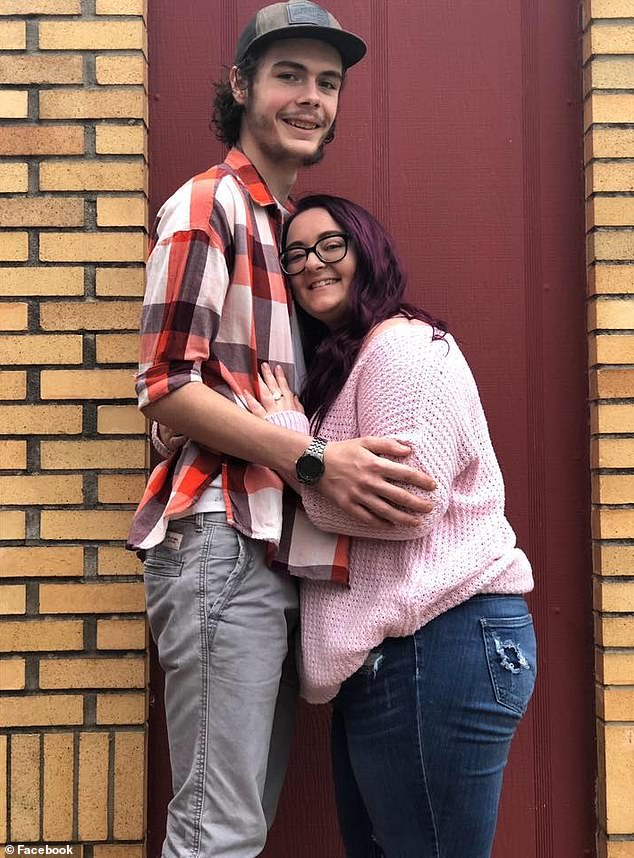 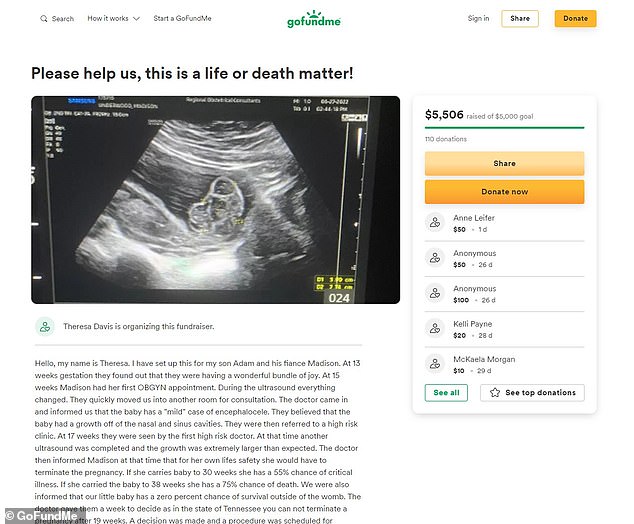 The doctor and nurses told them about a clinic in Georgia, where abortions were still legal up to 22 weeks, after deeming the legal risks of performing an abortion in Tennessee to be too high.

In 2020, the state passed a law that banned abortions after a heartbeat can be detected, which occurs around six weeks of pregnancy. It had been blocked by a federal judge, but it could soon go into effect following the undoing of Roe v Wade.

The day after Underwood’s abortion was canceled, the nearly two-year injunction that had stopped the six-week abortion ban was lifted.

A complete abortion ban will go into effect in the state on August 25. The only exception is if the pregnancy puts the mother’s life in danger.

However, as Underwood had experienced, doctors in the state already fear facing prosecution for performing an abortion under the new law.

Underwood’s parents and grandparents are opposed to abortion and saw the cancellation as a sign from God that she should carry the pregnancy to term despite the risks.

However, she resisted their urging to reconsider and told them no. Queen had to quit his job at Dollar General to take care of his fiancée while trying to figure out how they would pay out of pocket for an abortion in Georgia.

Queen’s mother, who had supported their decision from the beginning, launched a GoFundMe page for the couple and raised over $5,000 in donations to cover the out-of-state procedure, travel costs, and the fetus’s cremation.

Last month, Underwood and Queen drove four hours to an abortion clinic in Georgia with his mother, her parents, and one of her brothers.

At the clinic, they were confronted by protesters who accused them of ‘killing babies.’ Underwood wore headphones to help muffle their cries.

She had a procedure known as dilation and evacuation, or a D&E, over the course of two days. On the first day, she was given medication to induce dilation. She returned to the clinic the next day to have the fetus and placenta removed.

Underwood is among the growing number of people who have shared their stories after struggling to get an abortion in their home states following the reversal of Roe v. Wade.

Earlier this month, it was reported that an unidentified woman in Wisconsin was refused help by doctors while having an incomplete miscarriage.

She bled for ten days after staff refused to remove the fetal tissue over fears they would be violating the state’s 1849 ban on abortions.

Moderna's Earnings Are Wednesday. Investors Want to Hear About M&A. COVID-19 is Australia’s third most common cause of death so far in 2022, new analysis shows

‘What have you done this year?’: Inside Newcastle’s brutal honesty session

Pilots Are Angry Over Airport Chaos. How Airlines Are Trying to Fix It