A lawyer for the family of a Black man shot and killed by a Peel Regional Police officer in January 2020 is calling on Ontario’s police watchdog to reopen its investigation into the fatal shooting.

Knia Singh J.D., principal lawyer at Ma’at Legal Services, says the Special Investigations Unit (SIU), which cleared a police officer in the killing of Jamal Francique, based its decision on a flawed investigation.

Francique, 28, was shot in the back of the head while in his car in Mississauga during an attempted arrest on Jan. 7, 2020. He was put on life support and died in hospital two days later.

Singh released a comprehensive legal inquiry interim report on the killing on Tuesday. The report has been sent to the Ontario Attorney General.

“SIU Report #20-OFD-005 has numerous significant inaccuracies, discrepancies and contradictions that compromise the credibility and reliability of the Report, as a result the decision of the Director is suspect,” Singh wrote.

On Jan. 20, 2021, SIU director Joseph Martino said in the SIU report into the death of Francique: “… as I am satisfied … that there is insufficient evidence to reasonably conclude that the [Subject Officer] acted other than lawfully throughout this incident, there are no grounds for proceeding with charges against the officer notwithstanding Mr. Francique’s death. The file is closed.”

The SIU, an independent civilian agency, investigates police conduct that may have resulted in death, serious injury, sexual assault or the discharge of a firearm at a person.

But Singh says the interim report presents information that the SIU failed to address.

“To point out, there are many discrepancies in the initial report from the SIU. Those discrepancies lead one to believe that if the SIU could not produce an accurate reliable report, what information is the director receiving and how does that affect his decision? The SIU investigation contained many flaws, many holes,” he said.

One of the most significant flaws and omissions in the SIU report, Singh says, was the director’s analysis of the planning and execution of the events that led to the fatal shooting.

“The evidentiary record is incomplete,” he said.

The Ontario Attorney General’s office and the SIU did not return emails from CBC News.

According to the interim report, the SIU report’s inconsistencies include when the shots were fired, why police were arresting Francique, the colour of the vehicle he was driving, when officers approached him, where a firearm was found on Francique, and where on the body he was shot.

The interim report also takes issue with the ballistics analysis that suggested four spent police cartridges from one police officer were found at the scene, and that four bullets were aimed at the driver’s side of the vehicle Francique was driving.

“The direction the bullets came from and how they entered the vehicle have not been scientifically established or reconstructed by the SIU. It is claimed that the Centre for Forensic Science (CFS) could not provide an accurate trajectory reconstruction, therefore observations based on assumptions were put forward as evidence in Report #20-OFD-005,” the interim report says.

Singh writes that the “numerous glaring inaccuracies and discrepancies” lead to “major concern as to competency of the investigation carried out by the SIU.”

The interim report notes that Francique had been under surveillance for three days by members of the Peel Regional Police Vice Narcotics Street Level Organized Crime (Drug Squad) Unit. Francique was under house arrest. He had been observed travelling to various locations in breach of his bail conditions.

Singh’s report says the unit organized a plan for an “extremely high risk undercover take down” of Francique using six plainclothes officers and unmarked vehicles at night. The unit watched him walk about 200 metres for two minutes to the vehicle he was driving. When he reversed out of the parking spot he was in, unidentified vehicles and people tried to block his vehicle. Firearms were pointed at him, Singh writes.

The estimated time of the shooting was 7:44 p.m.

According to the interim report, the officer assigned to block Francique’s vehicle into the parking spot arrived late to the scene.

“The botched and ill-planned attempt by the Peel Drug Squad to arrest Mr. Francique in the dark using unidentified vehicles and people, resulted in 4 shots being fired into Mr. Franciques vehicle, with one striking him in the back of the head. As a result, the vehicle Mr. Francique was driving subsequently struck the pillar of a nearby garage where the vehicle remained stationary with no signs of movement from Mr. Francique,” the report says.

“The Peel Police did not attend to Mr. Francique after shots were fired for approximately 25 minutes. When paramedics did arrive Mr. Francique remained unresponsive and bleeding out.

“Mr. Francique was then transported to St. Michael’s Hospital 37.8 km and 33 minutes away, instead of being taken to Credit Valley Hospital which was only 2.3km and 5 minutes from the scene. Mr. Francique remained unresponsive from the time he was shot. On January 9th, 2021, Mr. Francique died as a result of being shot.”

The report concludes: “This SIU investigation in terms of its investigative quality, the Director’s application of the law and the many shortcomings of the directors’ report has created a lack of confidence and a mistrust in the SIU’s ability to discharge its responsibility. This is so not only within Mr. Francique’s family but also within their community itself and members of the public.”

Singh said the interim report is breaking new ground because it is an attempt to hold the SIU accountable for its decisions.

“It’s about time that the SIU is held accountable for them supposedly holding police accountable.”

CT Scan Made Woman Sick; Authorities Say Man Who Performed It, Omayr Niazi, Had No Certification Or Training

The Irregulars Canceled By Netflix After One Season 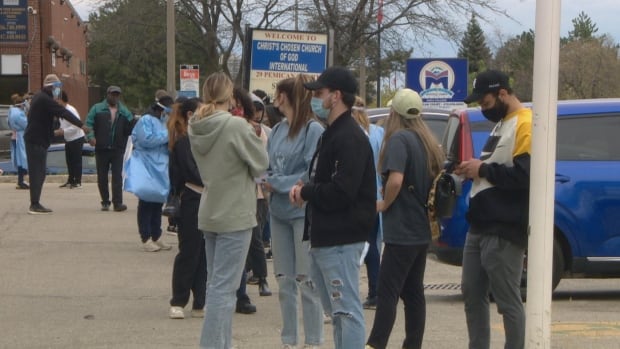 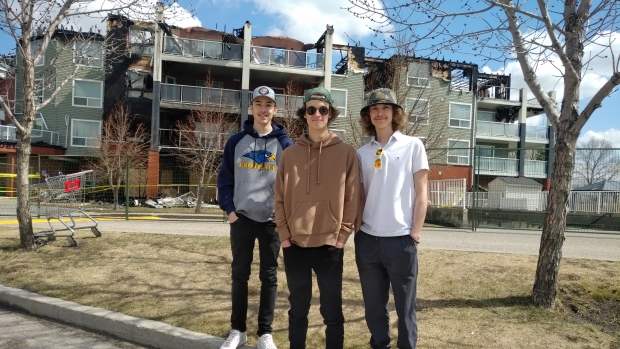