NEW DELHI: The Central Bureau of Investigation (CBI) arrested businessman Ajay Ramesh Nawandar from Mumbai on Wednesday in connection with the Rs 34,615-crore bank fraud case involving Dewan Housing Finance Limited (DHFL), officials said.
The CBI conducted searches at Nawandar’s premises last week and recovered a large collection of uber-luxury watches worth crores of rupees, including Rolex Oyster Perpetual, Cartier, Omega and Hublot Michael Kors, and two paintings worth Rs 33 crore, the officials said.
They said these valuable items belonged to former DHFL CMD Kapil Wadhawan and former director of the company Dheeraj Wadhawan who allegedly defrauded banks to the tune of Rs 34,615 crore, making it the biggest such case probed by the agency.
These were allegedly purchased using the proceeds of the scam and kept at Nawandar’s premises to evade recovery and seizure by enforcement agencies, the officials said.
It has surfaced during the probe that Nawandar was acting as a conspirator aiding and abetting the Dewans to hide the proceeds of the crime and was in the process to dispose these items of when he was arrested by the agency, they said.
The CBI is focusing on the money trail and people who acted in collusion with the Dewans to siphon off public money, the officials said.
“During investigation, it was found that the (DHFL) promoters had allegedly diverted the funds and made investments in various entities. It was also alleged that the promoters had acquired expensive paintings and sculptures worth about Rs 55 crore (approximately) using the diverted funds,” the agency had said in a statement.
Following the registration of the case on June 20, a team of over 50 CBI officials carried out searches on 12 premises in Mumbai belonging to the FIR-listed accused, including Sudhakar Shetty of Amaryllis Realtors and eight other builders, on June 22.
The agency conducted another round of searches on July 8 on the premises of Rebecca Dewan and Nawandar, from where it found a trove of costly paintings and sculptures worth Rs 40 crore, including two paintings by Tyeb Mehta and Manjit Bawa worth Rs 33 crore.
The CBI had acted on a complaint from the Union Bank of India (UBI), the leader of a 17-member lender consortium that had extended credit facilities to DHFL to the tune of Rs 42,871 crore between 2010 and 2018.
The bank has alleged that Kapil and Dheeraj Wadhawan, in a criminal conspiracy with others, misrepresented and concealed facts, committed criminal breach of trust and abused public funds to cheat the consortium to the tune of Rs 34,615 crore by defaulting on loan repayments from May 2019 onwards.
An audit of DHFL’s account books showed that the company allegedly committed financial irregularities, diverted funds, fabricated books and round-tripped funds to “create assets for Kapil and Dheeraj Wadhawan”, using public money. 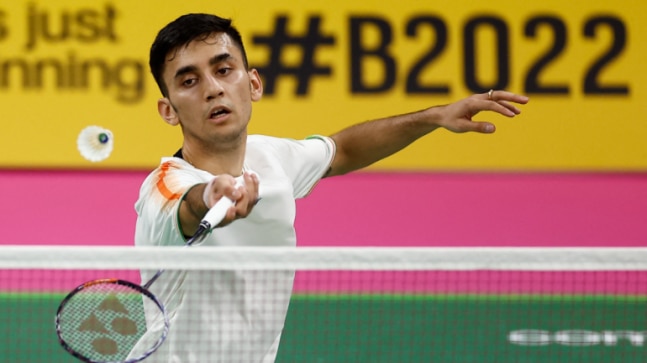 Badminton at CWG 2022: Lakshya Sen storms in final, Srikanth to fight for bronze after losing semis