Novak Djokovic is set to learn his fate at a court hearing on Sunday morning. The world number one’s visa was cancelled by the Australian immigration minister Alex Hawke on Friday for a second time. An appeal was immediately launched against the decision, calling it “patently irrational” and claiming Hawke’s decision was based purely on the government’s fear that Djokovic’s appearance at the Australian Open, which begins on Monday, might stir anti-vaccine sentiment in the country.

If his expensively compiled legal team win the appeal, Djokovic will take on fellow Serbian Miomir Kecmanovic in the first round on Monday evening, where he is expected to get a hostile reception from the crowd. If the government wins its case, Djokovic will be deported.

It emerged on Friday that Hawke based his finding not on the validity or otherwise of Djokovic’s medical exemption but on the potential for his continued presence in the country to stoke anti-vaccination sentiments and a threat to public order. Hawke cited Djokovic’s status as a “high profile unvaccinated individual, who has indicated publicly that he is opposed to becoming vaccinated against Covid-19” and said he had “publicly expressed anti-vaccination sentiment”.

Follow all the latest news below as Djokovic fights for a chance to play at the Australian Open.

Djokovic pictured ahead of key hearing

Djokovic has been pictured ahead of this key hearing.

Whether he is able to defend his Australian Open title will be decided tonight – at least in theory.

As ever with this story, anything really could happen.

The decision means Djokovic also faces a three-year ban from the country, which could mean he never plays at the Australian Open again, although that can be waived.

The situation has dominated global news since Djokovic was detained at Melbourne airport last Thursday morning after Border Force officials concluded he did not have the right paperwork to enter the country.

The nine-time Australian Open champion had received an exemption through Tennis Australia from strict coronavirus vaccination rules for arrivals into the country by virtue of having tested positive last month.

Two other individuals – Czech player Renata Voracova and an official – with the same exemption were subsequently told they could not stay in the country and left before Judge Anthony Kelly ruled in favour of Djokovic on Monday.

Djokovic headed straight to Melbourne Park after being freed and had practised every day since, including early on Friday morning, but his hopes of staying in the country appeared to fade as the week went on following revelations about his behaviour following his positive test.

He also admitted his declaration form falsely claimed he had not travelled in the 14 days prior to his trip to Australia, which he attributed to a mistake from his agent.

There has been strong criticism of the way the Australian Government has handled the situation but public opinion has been firmly in favour of Djokovic being sent home.

Hawke gave significant weight to Djokovic’s admission that he attended an interview with L’Equipe last month despite knowing he had tested positive for Covid-19 and argued Australians may follow suit.

“I have also given consideration to the fact that Mr Djokovic has, in the past, shown an apparent disregard for the need to isolate following the receipt of a positive Covid-19 test result,” he said.

Djokovic’s release from detention on Monday resulted in police pepper-spraying his supporters and Hawke cited the possibility of civil unrest, although his lawyers will argue on Sunday that the same could result from his deportation.

Djokovic is due to play his first-round match at the Australian Open against fellow Serbian Miomir Kecmanovic on Monday.

A timetable was agreed on Friday, with Djokovic to be detained at 8am on Saturday morning for a meeting with immigration officials before meeting with his lawyers, also under detention.

The world number one is appealing against the decision on the grounds that it was both affected by jurisdictional error and irrational, but the threshold for success is much higher than in the first hearing.

It emerged on Friday that Hawke based his finding not on the validity or otherwise of Djokovic’s medical exemption but on the potential for his continued presence in the country to stoke anti-vaccination sentiments and a threat to public order.

Hawke cited Djokovic’s status as a “high profile unvaccinated individual, who has indicated publicly that he is opposed to becoming vaccinated against Covid-19” and said he had “publicly expressed anti-vaccination sentiment”.

Hawke stated his belief that not cancelling the visa could encourage Australians not to take the vaccine, increasing pressure on the health service.

“I consider that his ongoing presence in Australia may pose a risk to the good order of the Australian community,” he said.

Novak Djokovic is set for his appeal against the re-cancellation of his visa on Sunday morning at the Federal Court of Australia.

After meeting with his lawyers for several hours, Djokovic was driven to the same immigration hotel where he spent four nights last week for what he will hope will be the final night.

The world number one’s legal team have been preparing his case following the decision of Immigration Minister Alex Hawke on Friday to cancel Djokovic’s visa for a second time on the grounds of “health and good order”.

A brief procedural hearing was held on Saturday morning, where Justice David O’Callaghan confirmed the case has been transferred from the Federal Circuit Court and that the main hearing will take place at 9.30am on Sunday (10.30pm on Saturday UK time).

Murray refused to “kick Djokovic when he was down”

Murray lost the ATP final but after his semi-final he was asked about the Djokovic situation.

“It’s unfortunate that it’s ended up in this sort of situation, and who knows? I don’t know what the process is from now. I don’t know what route he goes down, if he can appeal that and how long that takes, and can he still be out practising whilst that process is going on or still competing in the tournament?

“I just want it obviously to get resolved. I think it could be good for everyone if that was the case. It just seems like it’s dragged on for quite a long time now and it’s not great for tennis, not great for the Australian Open, not great for Novak. Obviously a lot of people have criticised the government here, as well. It’s not been good.”

Why does Djokovic oppose the vaccine?

Djokovic confirmed he isn’t vaccinated in an interview with Border Force officials but he hasn’t extensively discussed why he doesn’t want to have it.

Our reporter Tom Kershaw has written a piece on it and he writes: “The true depth of Djokovic’s belief in alternative treatments was epitomised by his vehement opposition to undergoing surgery in 2017. Despite struggling with a near-intolerable pain in his elbow, which led to Djokovic failing to reach a grand slam semi-final in a calendar year for the first time in over a decade, he was insistent that a cure could be found through holistic medicine.

“When he eventually succumbed in February 2018, Djokovic claimed he cried for three days after waking up from the operation. “Every time I thought about what I did, I felt like I had failed myself,” he said. He has won eight of the 14 grand slams that have been played since.”

Ahead of a decisive day in the Djokovic visa saga, it’s worth taking a look back at what has happened since he arrived in Australia.

He has had his visa cancelled twice with one appeal successful. The case is now in the Federal Court of Australia and Djokovic has been detained.

He will hope it is wrapped up on Sunday in order to get his Australian Open title defence underway. But what has happened so far? Here’s all you need to know:

All you need to know about the Australian Open

The focus is on Djokovic in the lead up to the Australian Open but there is a lot more to know than just the top men’s seed.

The tournament begins on Monday where wild card Andy Murray will hope to bask in glory and Emma Raducanu will take to the grand slam court once more.

But what else do you need to know? Here’s all the information:

A decision on Djokovic’s visa could be made on Sunday and if the tennis player wins he will have just 24 hours to prepare for his first match of the Australian Open.

If he loses he will be deported from Australia with the potential of being banned for three years.

He will hope to defend his Australian Open title and bag a record 21st grand slam in men’s tennis. 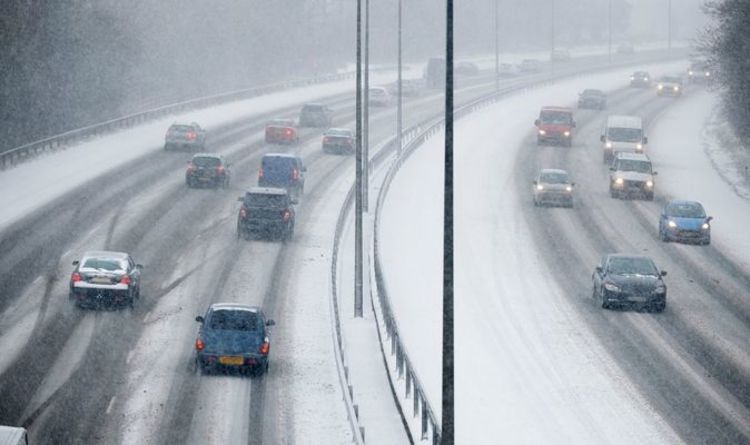 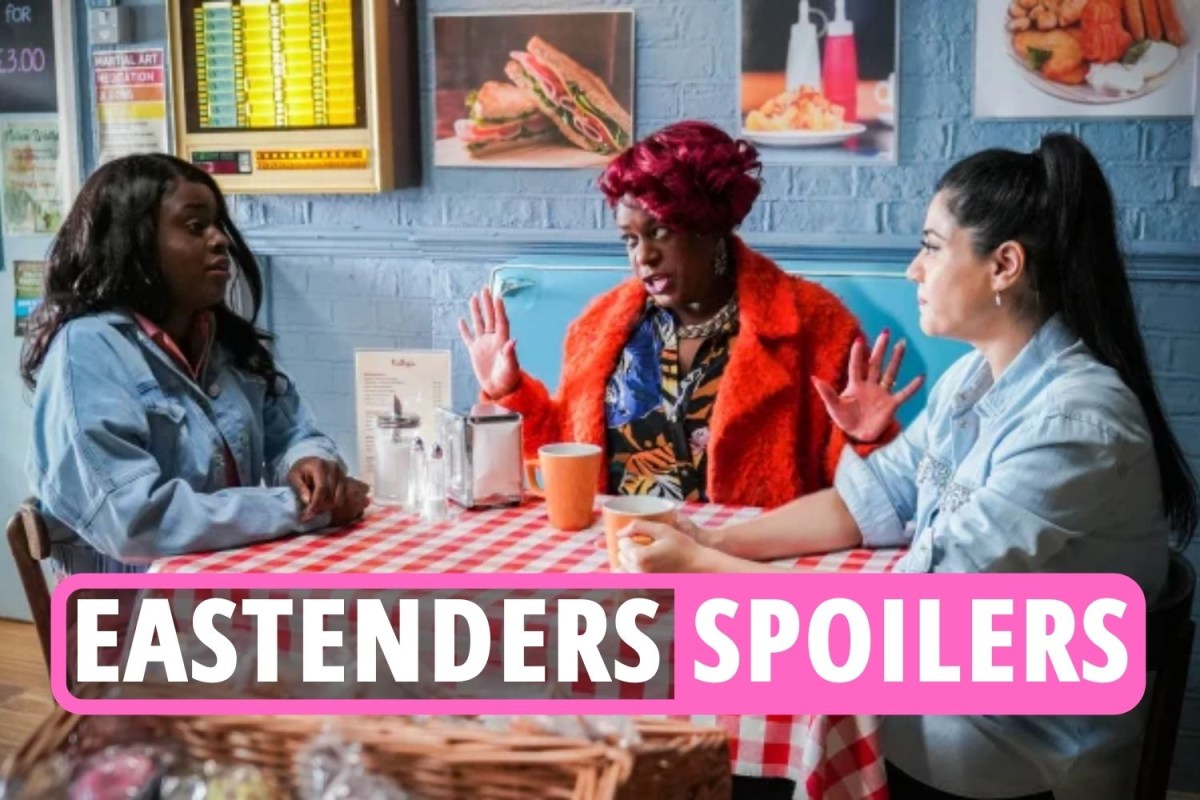 Check Also
Close
Shopping
The Keto Diet Cookbook is a collection of 60+ delicious recipes that are easy and fun to make in the comfort of your own home – Fitness | gym | health | exercise | workout | abs workout | fitness gym | Weight Loss
January 30, 2021