Showmax stepped up its catalog this year and released arguably its strongest line-up of movies this year, including three of the 10 biggest box office hits of 2021, as well as critically acclaimed movies that took shone at this year’s most prestigious award ceremonies.

The timing of such an excellent catalogue was fortunate, as many South Africans were starved of entertainment during the lockdown.

As the year winds down and we approach the festive season, stay safe and watch a movie with your friends and family.

These are Showmax’s biggest films of the year:

HBO’s  Bad Education was named Outstanding TV Movie at the 2020 Emmys, beating off the likes of El Camino: A Breaking Bad Movie.

Based on a true story, Bad Education follows Frank Tassone (Hugh Jackman, who was up for Best Actor for the role) and Pam Gluckin (Oscar winner Allison Janney), whose reign over a prestigious school district is threatened by the single largest public school embezzlement scheme in America’s history, which was uncovered by a student journalist.

Bad Education has a 94% critics rating on _Rotten Tomatoes, where the critics consensus is, “Anchored by an outstanding Hugh Jackman, Bad Education finds absurd laughs – and a worthy message – in the aftermath of a real-life scandal.”

At the height of the First World War, two young British soldiers, Schofield (Captain Fantastic’s George MacKay) and Blake (Game of Thrones’ Dean-Charles Chapman), are given a seemingly impossible mission. In a race against time, they must cross enemy territory and deliver a message that will stop a deadly attack on hundreds of soldiers – Blake’s own brother among them. Emmy winner Benedict Cumberbatch (Sherlock), Oscar winner Colin Firth (The King’s Speech), and Golden Globe winner Richard Madden (Bodyguard) co-star.

1917 is IMDb’s 99th highest-rated film of all time, with an 8.3/10 rating; and has an 89% critics rating on Rotten Tomatoes, where the critics’ consensus says, “Hard-hitting, immersive, and an impressive technical achievement, 1917 captures the trench warfare of World War I with raw, startling immediacy.”

Golden Globe winner Elisabeth Moss (The Handmaid’s Tale) stars in The Invisible Man, which is at #6 on Empire’s list of the best films of 2020, #8 on BoxOfficeMojo’s roundup of the highest-grossing films of 2019 globally, and was a 2020 People Choice’s nominee for Favourite Movie.

When Cecilia’s abusive ex takes his own life and leaves her his fortune, she suspects his death was a hoax. As a series of coincidences turns lethal, Cecilia works to prove that she is being hunted by someone nobody can see. Inspired by HG Wells’s novel, The Invisible Man is adapted and directed by award-winning horror aficionado Leigh Whannell, who co-created the Saw franchise. The cast includes Oliver Jackson-Cohen (The Haunting of Hill House, The Haunting of Bly Manor); Saturn and Black Reel award nominee Aldis Hodge (Underground, Hidden Figures); and BET and Teen Choice nominee Storm Reid (Euphoria, A Wrinkle in Time).

The Invisible Man won Best Adapted Screenplay and Elisabeth Moss was named Best Actress at the Hollywood Critics Association’s 2020 Midseason Awards. The nail-biting horror also has a 91% critics rating on Rotten Tomatoes, with Rolling Stone saying, “Alive with fresh thinking from Whanell and a dynamite Elisabeth Moss, this socially conscious horrorshow tips the old monster mash into way scarier sh*t about toxic masculinity that’s as timely as #MeToo and Harvey Weinstein in handcuffs.”

Directed by Jordan Peele, Us has now won 70 awards and has a 93% critics rating on Rotten Tomatoes, who listed it at #1 on their list of the best-reviewed horror movies of all times and #2 behind Black Panther on their list of The 100 Best Black Movies Of The 21st Century. As The Wall Street Journal says, “It’s compulsory seeing for everyone who loves the horror genre, the movie medium and the notion of saying sage things about contemporary life without straying from entertainment’s twisty path.”

“I was drawn to this idea that we are our own worst enemy,” says Peele. “That’s something we all know intrinsically, but it’s a truth we tend to bury. We blame the outsider; we blame ‘the other.’ In this movie, the monster has our faces.”

Rock biopic meets musical fantasy in this fabulous rollercoaster of a movie about a little boy called Reginald Kenneth Dwight, who grew up to be one of the greatest musical icons of all time. It’s a celebration of the music, the dreams, and the larger-than-life persona that’s made Elton a legend. But it’s also the story of his struggle with addiction, and of his friendship with Bernie, which helped him through.

Based on a true story, this blockbuster drama is led by Oscar winners Charlize Theron and Nicole Kidman with Oscar nominee Margot Robbie, all three of whom, Rolling Stone says, “come out blazing in this tale of how the women of Fox News brought down a predatory CEO.”

Los Angeles Times calls it “a ferociously entertaining dramatization of how an unlikely group of women exposed and deposed media titan Roger Ailes… as harrowing as it is triumphant in its depiction of the way it all came to pass.”

Harriet tells the extraordinary tale of Harriet Tubman’s escape from slavery and transformation into one of America’s greatest heroes, whose courage, ingenuity, and tenacity freed hundreds of slaves and changed the course of history.

In addition to its nominations for Best Actress, Harriet was nominated for a 2020 Oscar and Golden Globe for Best Original Song (for the song Stand Up, written by Erivo and Joshuah Brian Campbell).

On the eve of their high school graduation, two academic superstars realise they should have worked less and played more. Determined to catch up with their peers, the best friends try to cram four years of fun into one night.

The directorial debut of actress Olivia Wilde (Tron, House M.D.), Booksmart has won over 20 awards, including Best Debut at the 2020 Online Film Critics Society Awards and Film Independent Spirit Awards. It was also named 2020 Unsung Film of the year from GALECA: The Society of LGBTQ Entertainment Critics and picked up nominations at both the BAFTAs and Writers Guild of America awards for Best Screenplay. Booksmart has a 96% critics rating on Rotten Tomatoes, where the critics consensus says, “Fast-paced, funny, and fresh, Booksmart does the seemingly impossible by adding a smart new spin to the coming-of-age comedy.”

Inspired by a true story and the viral New York Magazine article it sparked, Hustlers centres on a crew of former strippers who band together to turn the tables on their Wall Street clients.

John Wick (Teen Choice winner Keanu Reeves from The Matrix)  is on the
run after killing a member of the international assassins’ guild. With a
$14 million price tag on his head, he is the target of hitmen and women
everywhere…

HOW TO TRAIN YOUR DRAGON: THE HIDDEN WORLD | Best Animation

Inseparable besties Hiccup and Toothless, the big screen’s most adorable dragon ever, are back for their final adventure in the beloved Dreamworks threequel inspired by Cressida Cowell’s best-selling book series. Hiccup and Astrid have created a utopia for dragons and vikings alike, but now a new danger threatens everything they love, just as Toothless finds a potential girlfriend…

In 2020, The Hidden World was nominated for the Oscar for Best Animated Feature Film, as well as a Golden Globe, six Annies and a Critics Choice Award. Rated 7-9 PGV, The Hidden World has a 90% critics rating on Rotten Tomatoes, where the critics consensus says, “The rare trilogy capper that really works, How to Train Your Dragon: The Hidden World brings its saga to a visually dazzling and emotionally affecting conclusion.”

Based on the global blockbuster video game franchise from Sega, Sonic the Hedgehog tells the story of the world’s speediest hedgehog as he embraces his new home on Earth. In this live-action adventure comedy, Sonic (voiced by Ben Schwartz from Parks and Recreation) and his new best friend Tom (MTV Movie Award winner James Marsden from X-Men) team up to defend the planet from the evil genius Dr. Robotnik (Golden Globe winner Jim Carrey from The Truman Show) and his plans for world domination.

Sonic the Hedgehog is currently the fourth biggest film of 2020 at the global box office, having grossed over $300m. In a four-star review, Common Sense Media recommends the movie for ages eight and up, calling it “a laugh-until-you-turn-blue fun film for the family to enjoy together.“

WHO launches Baseline report for Decade of Healthy Ageing

It was a massive year for electric bikes and scooters 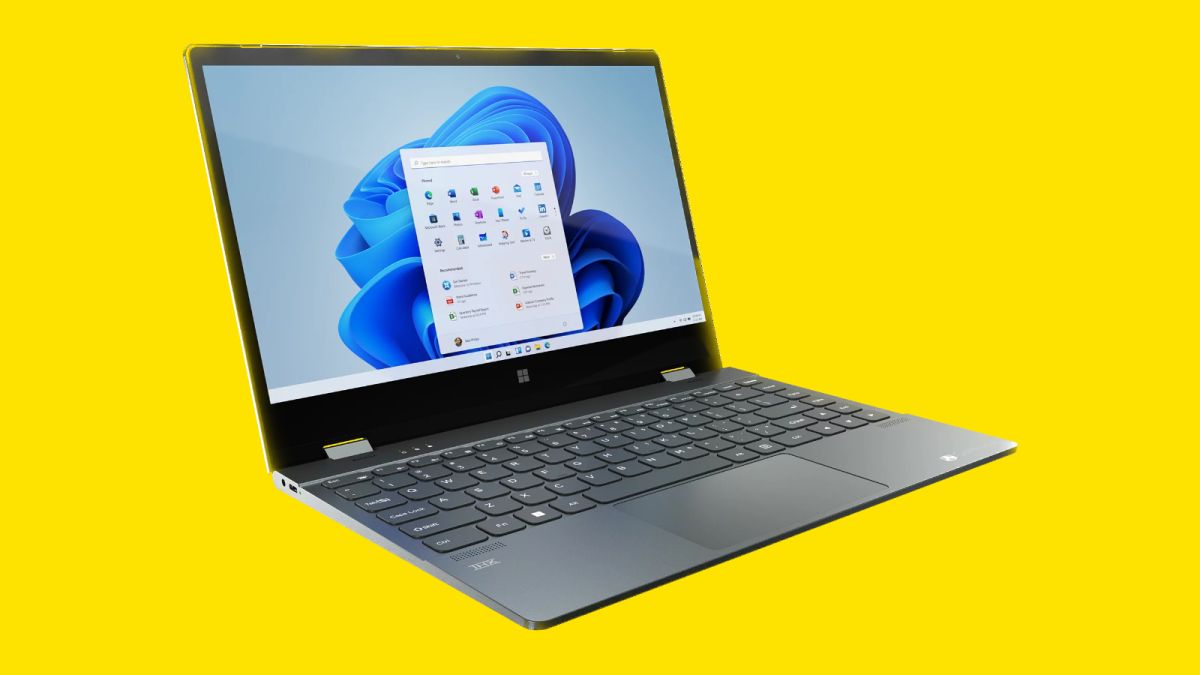 Court document: a Colombia judge says he used ChatGPT to pose legal questions about a case and included its responses in his decision (Janus Rose/VICE)