“Trying to cram your thoughts into a Tweet,” wrote Twitter employees Aliza Rosen and Ikuhiro Ihara in a company blog post from September 2017, “we’ve all been there, and it’s a pain.” The platform announced it will abandon its trademark 140-character limit and double it instead, with the move intended to give users “more characters to express [themselves]”.

Almost three years later, the limit was criticized once more. “Sometimes 280 characters aren’t enough and some conversational nuances are lost in translation,” a blog post, published in June reads. “So starting today, we’re testing a new feature that will add a more human touch to the way we use Twitter – your very own voice.”

Although it may have allowed for more creativity, the feature was far from accessible to deaf and disabled users. Select accounts were uploading audio without captions, and a transcription tool enabling them to be understood by deaf people had not been designed when it was first rolled out.

In the advent of short-form Stories and Reels, social media users wanted features which enabled more meaningful conversations, and quickly. Yet with such immediacy, came a loss of access to some.

“I immediately felt left out,” says Ashlee Boyer, a hard of hearing software engineer and disability advocate. “It’s another example of people completely forgetting that disabled folks exist, and that’s hurtful. Accessibility is not built into this industry like it should and easily could be.”

Accessibility should not be an afterthought

In a way, this was recognized by Twitter. Following the backlash, in which it was revealed that they had no formal group for accessibility, the organization confirmed they would create two new disability teams in the organization: the Accessibility Center for Excellence and the Experience Accessibility Team. The latter, they said, will work on new and existing features.

Yet, after adopting the phrase “accessibility should not be an afterthought”, voice tweets were rolled out further, again without captions and transcriptions. It was done, a Twitter spokesperson told TechRadar, so the platform could “continue to learn more about how people use audio”.

It was the beginning of the fascination with a new way of communicating on Twitter. “Audio is interesting for us because the format lends itself to a different kind of behavior,” Twitter’s Head of Product, Kayvon Beykpour, told Platform’s Casey Newton. “We think audio is powerful, because that empathy is real and raw in a way that you can’t achieve over text in the same way.”

Ashlee disagrees, saying audio is not necessary to be empathetic. “I also find this topic of empathy highly ironic,” she explains. “Where’s the empathy for the people who can’t access these apparently world-changing features? Their growing focus on audio-based features is both harmful and extremely frustrating.”

Yet what began with voice tweets is set to continue with Spaces, a Chatroom-like feature Twitter believes will create “a more collaborative experience”. They aim to bring the tool and media transcriptions to the platform next year.

In a statement sent to TechRadar Twitter says that, “serving the public conversation means continuously taking steps to make Twitter more accessible – from what we build to the internal programs and policies we implement globally – and this must include people with disabilities”.

This incorporation into every part of Twitter’s business is something Ashlee believes would make the platform more accessible. “When accessibility is part of the product process, the product will organically become more accessible because people will be intentional about it,” she says.

Though in the fast-paced corporate world of social media, deaf and hard of hearing users are still seeing accessibility forgotten about when features are developed or reviewed. Even when a decision is considered to negatively impact them, advocates feel their views aren’t being listened to.

“We’ve just simply gone backwards in accessibility on the platform,” says Deaf YouTuber Rikki Poynter. “I hate that they listened to hearing creators over the three deaf creators, including myself, that told them they should’ve kept it.”

A lack of awareness

Our conversation takes place after YouTube went ahead with its controversial decision to scrap community contributions – which enabled viewers to caption and translate a creator’s video – citing low usage and spam. This was despite a 500,000 signature strong petition, media coverage and trending hashtags calling on the company not to do so.

Rikki added that these features were never promoted or mentioned by YouTube, or accessible in the first place. “We wouldn’t get notified when people submitted captions,” she says. “I feel like if they had done that from the beginning, people would’ve captioned or had captions more.

“They just need to bring more awareness to captions in general.”

In a statement to TechRadar, a YouTube spokesperson told us that accessibility is a key part of their mission. “To make captions more accessible, we’ve recently moved the [captions] button to a more prominent location, directly on the video player on phones,” it explains.

While YouTube and Twitter have some captioning functionality, short-form video app TikTok does not – despite its exponential increase in popularity.

“My experience is TikTok captions are just inconvenient to a lot of people,” says Deaf TikTok creator Chrissy Marshall, known online as ‘Chrissy Can’t Hear’. “I was on the [Creator Diversity Collective] which is no longer active, but there is a team currently working on the feature – that’s all I’m allowed to share.”

Yet, a captions tool isn’t mentioned in TikTok’s statement, with a spokesperson mentioning another feature entirely.

“Our goal at TikTok is to be the most accessible online platform,” they say, “and that is why we have rolled out a number of features designed to improve accessibility and inclusivity, including our new ‘text-to-speech’ feature while means creators can set their text to be read out when people view their TikTok.”

Recommending a text-to-speech tool to deaf users, however, is not the best solution. At worst, it suggests a lack of awareness within some of the top digital companies. If social media is to become a lot more accessible to deaf and hard of hearing people, then both structural and attitudinal changes are needed.

For a nurse in the COVID unit, death is part of the day

Column: Biden was left with a mess in Iran. Can he get out of it? 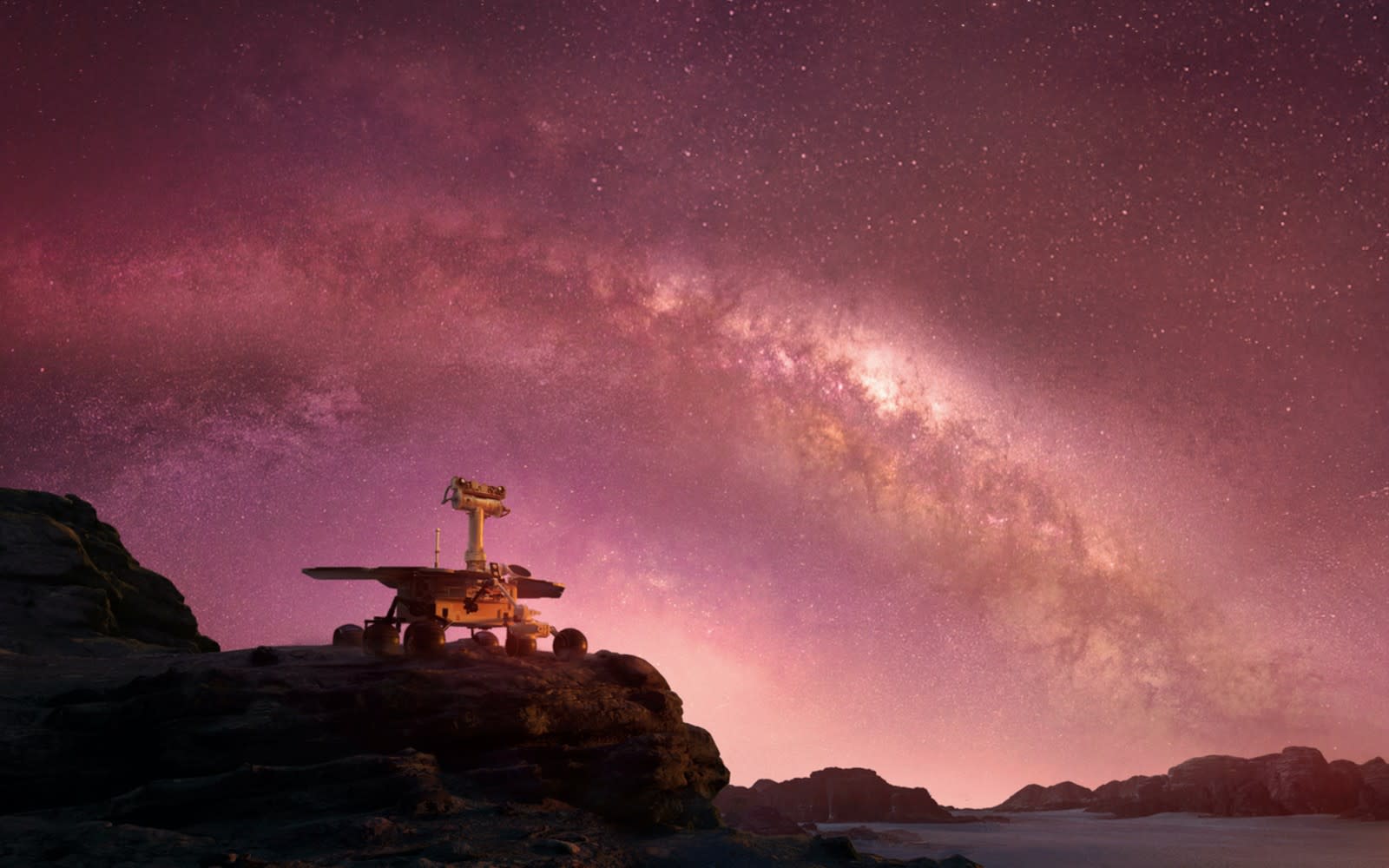 The US Has a Covid ‘Scariants’ Problem. Here’s How to Fix It 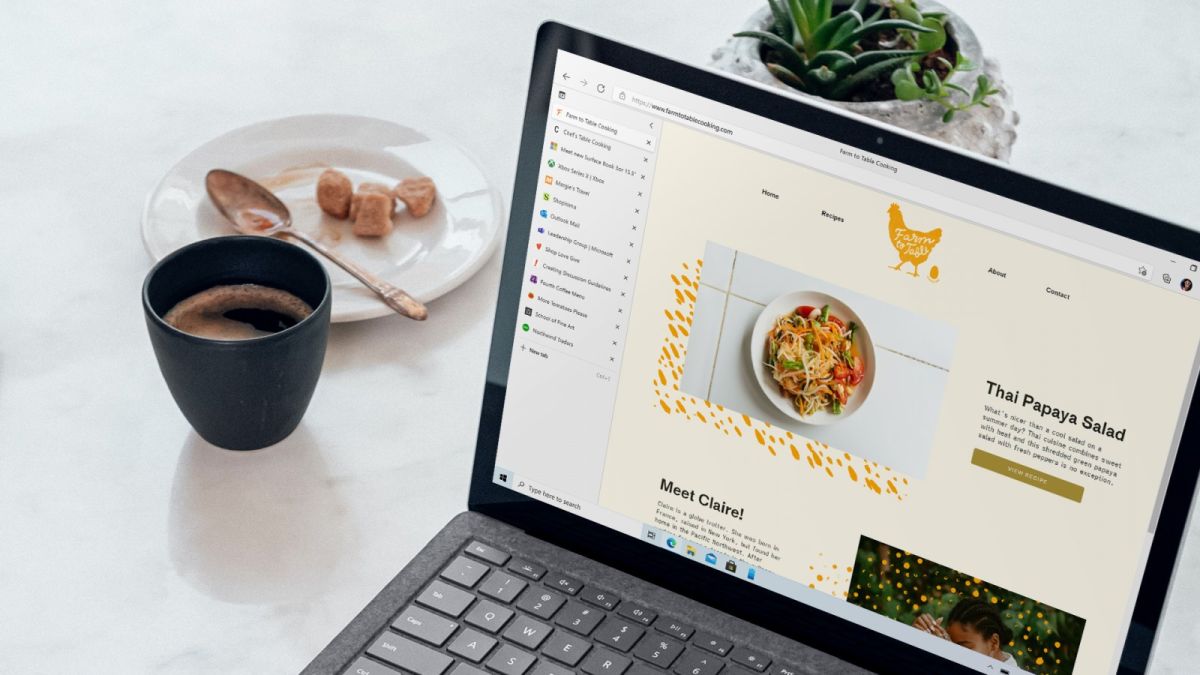 Microsoft Edge gets a vertical makeover and speed upgrade