It’s a jam-packed edition of Seattle food news this week: the Seattle Kraken’s 32 Bar & Grill opens this weekend, Eden Hill Provisions reopens as the gussied-up fast-food spot Big Max Burger Co., the tortillería Maíz comes to Pike Place Market, and no fewer than three new fried chicken spots are here, including Pelicana Chicken, The Chicken Supply, and the second coming of The Wandering Goose. Read on for all of that and more of the latest culinary updates, from a new natural wine bookshop in Phinney to an upcoming Zylberschtein’s spinoff inside Third Place Books. For more inspiration, check out our food and drink guide.

32 Bar & Grill
The Seattle Kraken will open its official sports bar and restaurant 32 Bar & Grill inside the Kraken Community Iceplex on Saturday, according to a press release. (You may recall that the University District punk dive bar Kraken Bar & Lounge sued the Seattle Kraken NHL team over its use of the name “Kraken Bar” for its upcoming bar, claiming that the move risks irreparably damaging their brand—the upcoming eatery eventually settled on “32 Bar & Grill” in reference to the fact that the Seattle Kraken is the 32nd NHL franchise.) The upcoming spot will feature space for 250 guests, a private dining space for 35 guests, views into the Starbucks Rink and Smartsheet Rink, 17 TVs, a bar top embedded with over a thousand pucks donated by hockey fans around the world, hockey memorabilia, and over 300 hockey sticks on the ceiling. Seattle restaurant scene veteran Mick McHugh, the former owner of the popular Pioneer Square restaurant F.X McRory’s, is acting as a consultant for the restaurant.
Northgate
Dine-in

Drink Books
If your idea of a perfect night in involves cozying up with a glass of natural wine and a captivating novel, we’ve got a hot tip for you: Co-owners Kim Kent and Emily Schikura opened this pop-up bookstore with evocative, hand-curated book and wine pairings in Phinney today. The shop focuses on titles from women, transgender, and non-binary authors.
Phinney Ridge
Pickup

Pelicana Chicken
This highly anticipated Korean fried chicken chain, which was originally set to open before summer but was beset by delays, is now softly open on Capitol Hill in the former Bill’s Off Broadway space.
Capitol Hill
Pickup, dine-in

The Wandering Goose
Capitol Hill’s dearly departed Southern restaurant The Wandering Goose, known for its fried chicken and fluffy biscuits, has made a triumphant return at the Tokeland Hotel, which was purchased by chef/owner Heather Earnhardt and her husband Zac Young in 2018. The revived location is open for breakfast, lunch, and dinner and serves hearty, homey fare like Dungeness crab melts, oysters, shrimp and grits, chicken-fried pork chops, fried rockfish sandwiches, and a special Sunday-only cranberry pot roast.
Tokeland
Dine-in

Muri’s
Chuck’s Hop Shop announced in September that it will be opening an outpost inside Seward Park’s Third Place Books, along with a restaurant. Now, we have more intel on that development: The restaurant will be Muri’s, a spinoff from the popular Pinehurst-based Jewish deli and bakery Zylberschtein’s. The upcoming spot will be a Kosher dairy restaurant and parve bakery, set to open as early as January 2022.
Seward Park

Seattle Restaurant Week
Frugal gourmands everywhere rejoice over Seattle Restaurant Week, which happens twice a year and lets diners tuck into prix-fixe menus at restaurants hoping to lure new customers with singularly slashed prices. The proceedings have adapted a bit in the wake of COVID-19’s devastating impact on the restaurant industry: This fall, over 200 restaurants across over 45 cities and neighborhoods in the Seattle area will offer special menus for $20 lunches, $35 and/or $50 dinners, with options for takeout, delivery, and/or dine-in. The lineup this year includes Cafe Munir, Nirmal’s, Vendemmia, Rondo, Tamari Bar, Communion/That Brown Girl Cooks!, Sawyer, Revel, Paseo, and other notable favorites.
Various locations, through Saturday

Bob’s Burgers Thanksgiving Trivia
Indulge in a Bob’s Burgers marathon to retain as much information about the Belcher family as possible before heading to this nerdy coffeehouse to answer questions for prizes.
Distant Worlds Coffeehouse, Sunday, 6-7:30 pm

In Store Author Talk, Double Admission + Single Book: Gastro Obscura with Cecily Wong
Portland writer Cecily Wong of the publication Gastro Obscura, which delves into the many wonders, oddities, and curiosities of the food world, will discuss her new book Gastro Obscura: A Food Adventurer’s Guide, which details everything from a beer made from fog in Chile to the 2000-year-old egg ovens of Egypt. She’ll be joined in conversation by Seattle Times food writer Tan Vinh.
Book Larder, Wednesday, 6:30-8 pm

The Flora Bakehouse
The Beacon Hill bakeshop is giving away free cardamom rose oat milk lattes from 1-6 pm this Sunday in partnership with the coffee company Minor Figures, which will provide their own oat milk for the drinks.
Beacon Hill
Pickup, dine-in

Vif
The charming cafe and wine shop is celebrating the season with some new autumnal specials, such as a tartine with delicata squash, house-made ricotta, and hazelnut breadcrumbs.
Fremont
Pickup, dine-in

‘We are all guilty’: How Mexico’s tourist haven became a battleground for drug gangs 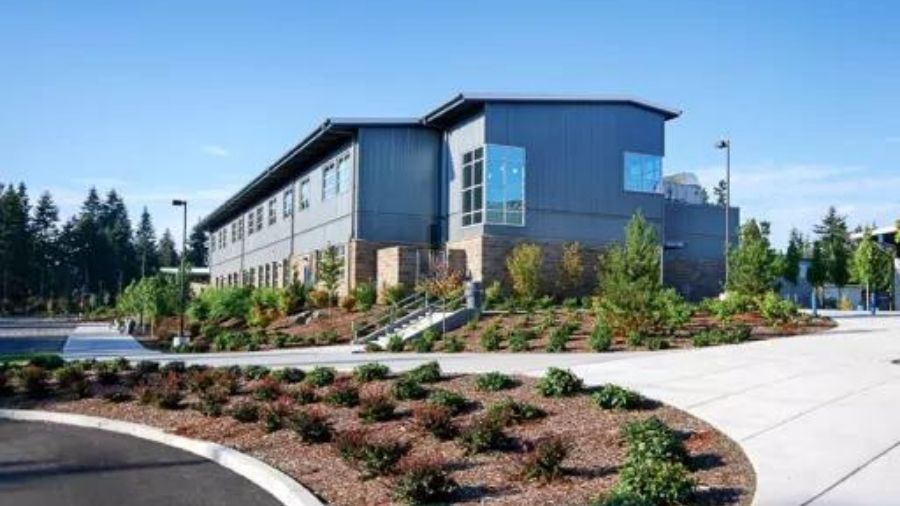 MLB heads to first lockout since 1995 as labor deal expires